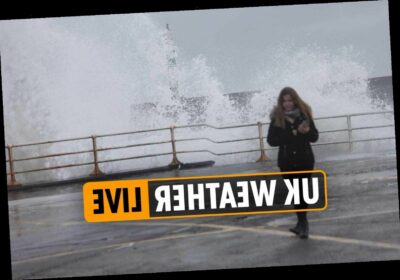 THE Met Office has warned of heavy rainfall just as Britain recovers following the cold snap – with flood warnings in place across the nation.

The warning come as a heat pocket may see temperatures in the south rocket – despite the UK being soaked over the weekend with more rain and wind to come this week.

The capital could reach a balmy 17Cthis weekend with sunny spells making it feel positively spring like.

Melting snow and torrential rain have sparked 67 flood warnings and alerts as temperatures rocketed to 13C on Monday and Tuesday.

But Scotland, Northern Ireland, and parts of northern England will get more snow this week, sparking Met Office alerts for poor conditions.