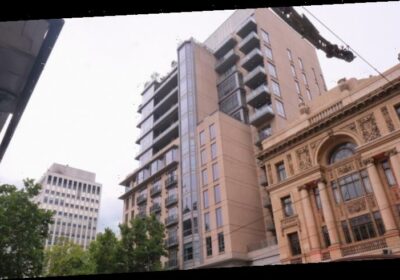 Plans for the Australian Open are in disarray after a contract to quarantine international tennis players at The Westin Melbourne was abruptly cancelled.

Tennis Australia and the state government are now scrambling to find an alternative hotel, as players are due to arrive on January 15 and serve a mandatory 14-day quarantine period. 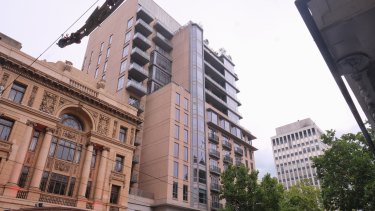 Sources familiar with the deal told The Age that the government could be forced to compensate the owners of The Westin Melbourne over the cancellation of the multi-million dollar deal.

The Age revealed on Monday that the owners of 36 private penthouses in the Collins Street hotel were considering a Supreme Court injunction, amid fears the proposal had been hastily put together and could lead to another COVID-19 outbreak.

Management of The Westin Melbourne held crisis talks with several penthouse owners on Monday in a bid to head off a court challenge.

The government is expected to make an announcement about revised plans at lunchtime on Tuesday.

The Age understands deep cleaning has begun at the Park Hyatt in Melbourne, which is also expected to accommodate officials and entourages from overseas before the Open begins on February 8, and that private security guards will be used there during quarantine.

The ill-fated decision to employ private security guards without adequate training in infection control in the state's hotel quarantine program earlier this year was widely criticised after several guards and workers contracted COVID-19 then spread it into the community in May and June.

Tennis Australia negotiated with the Victorian government for several months before brokering a deal on December 18 to host the event at Melbourne Park from February 8 that would have placed overseas players into quarantine at The Westin from January 15.

But the apartment owners claim they were not consulted before the deal was struck and never consented to the arrangement.

The fate of this year’s Australian Grand Prix is also in question, it is the subject of live negotiation between the Victorian government and Formula One management.

She said the hotels to be used by players and staff connected to the game had been signed off by COVID Quarantine Victoria and decisions were "based on and ticked off" by the public health team.

“Those arrangements at The Westin and other accommodation venues used by the Australian Open go through that same rigorous process where there are very strict and strong infection prevention and control in place for each and every venue that is associated with either the Australian Open or our hotel quarantine program,” Ms Allan said.

Stay across the news you need to know related to the pandemic. Sent Monday and Thursday. Sign up here.