Temperatures are set to drop as low as -5C overnight bringing patches of freezing fog and there’s a chance of snow showers by Thursday in a predicted five-day freeze for Britain.

Lows of -5C in Scotland and temperatures ‘close to freezing’ in Northern Ireland, the east and the west of England throughout the night will make it feel like a cold December morning on Monday with a chance of frost and ice.

But today is set to be a nicer, drier, day than yesterday with it expected to get brighter as the day goes on – even though it will feel chilly as a cold blast comes in from Iceland.

Alex Burkill, a meteorologist at the Met Office, told MailOnline: ‘There will still be some windy gusts of up to 50mph in the south of England but the winds are easing. 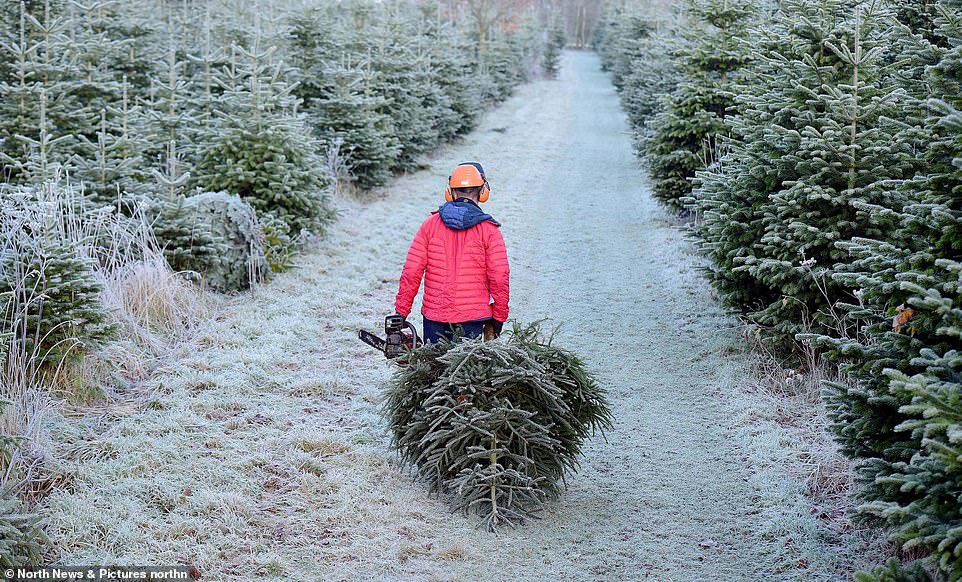 A forestry worker walks through the frosty trees at Newrough Christmas Trees near Little Salkeld, Cumbria, on Tuesday 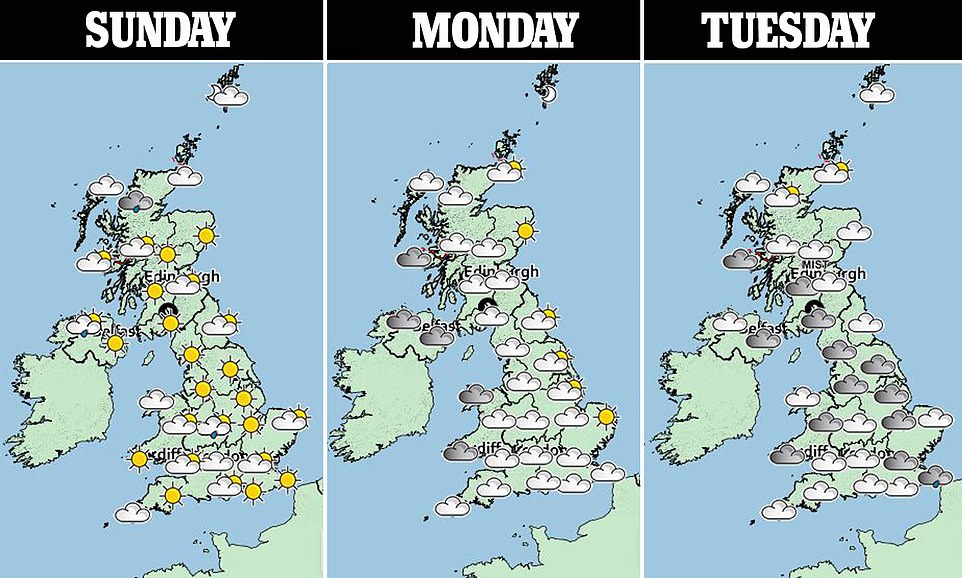 Today is set to be bright and dry but temperatures will drop, hitting -5C in Scotland and parts of the north overnight 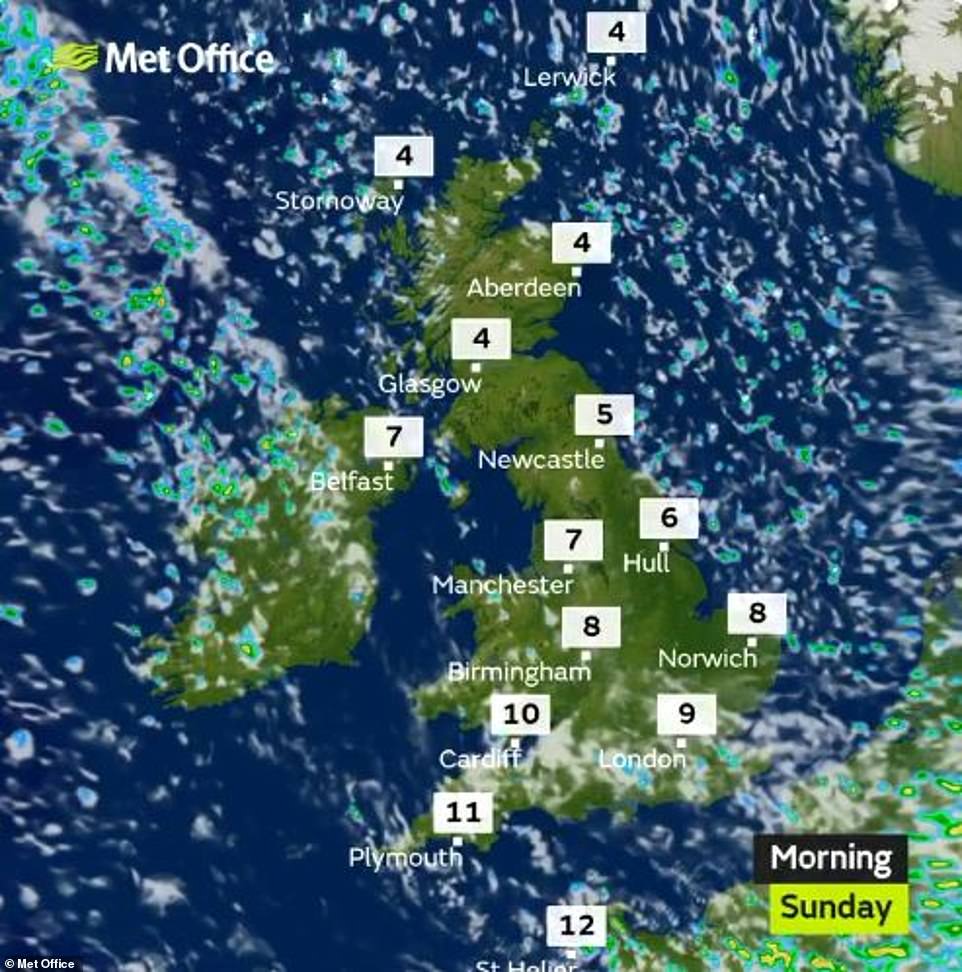 ‘However the temperature is going down and people can expect it to feel colder on Sunday and into the week.

‘In parts of the north and Scotland the temperature will drop to -5C overnight and there could be some freezing fog in areas leading into Monday morning.

‘Yesterday we had a high of 13.6C in Hereford but today it’s only expected to get to 11C but with less showers and more sunshine it should still feel pleasant.’

Monday morning is set to be a cold one with patches of ice expected and frost for some, especially in the north.

As the week goes on rain will push through and by Thursday sleet and snow could fall in the north and Scotland.

Mr Burkill said: ‘There’s the chance of a mix of snow by the end of the week but its still uncertain how much we will see. However things will feel more wintery as the week progresses.’

Ex-BBC and Met Office forecaster John Hammond told the Sun: ‘There is a significant chance of disruptive snowfall as moister air arrives from the west from midweek.’ 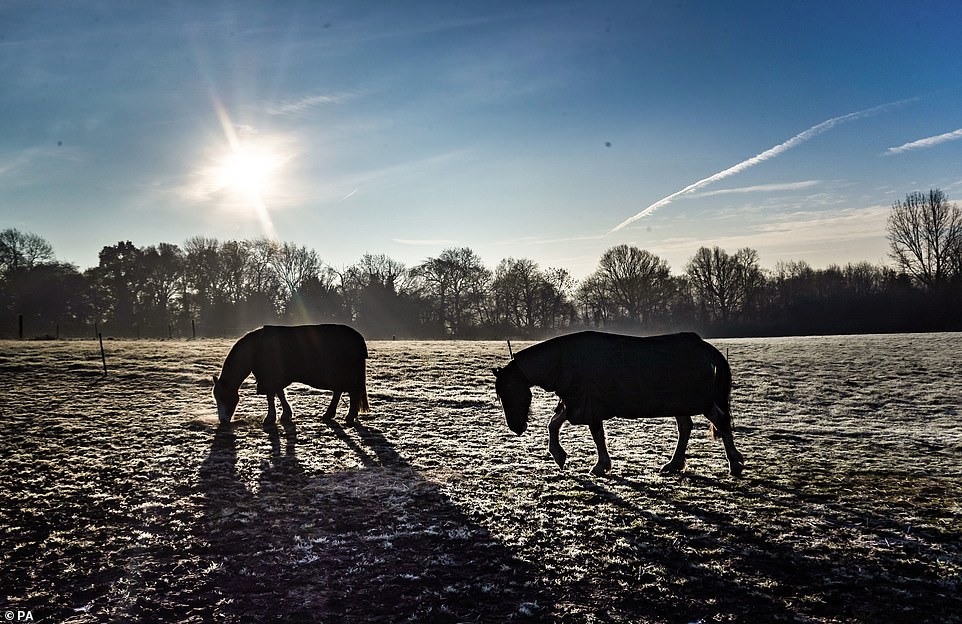 Horses stand in a frost covered field in Oulton, Yorkshire, on Tuesday as more chilly weather and frost is predicted this week 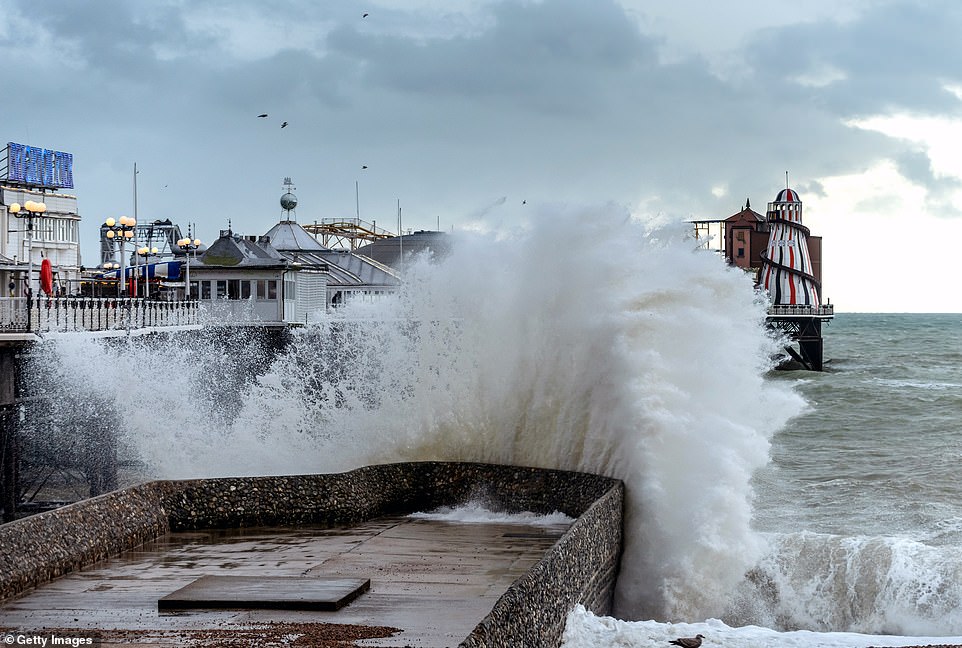 Yesterday 5-10mm of rain was expected to fall in just one hour in some parts and north Wales was predicted 20-30cm throughout the day.

Usually in December the UK has an average of 120mm of rain during the month, or around 3.8mm each day meaning Saturday’s downpours are especially heavy.

Yesterday the Met Office said: ‘Although we could see highs of 14C today it will feel colder due to the wind changing to a north flow and temperatures will drop by Sunday.

‘Tomorrow the temperatures are down, but highs in the north and central England are still above average for what we’d expect at this time of year.

‘Northern and eastern England will see highs of 5 or 6C but it will feel colder because of the wind.’