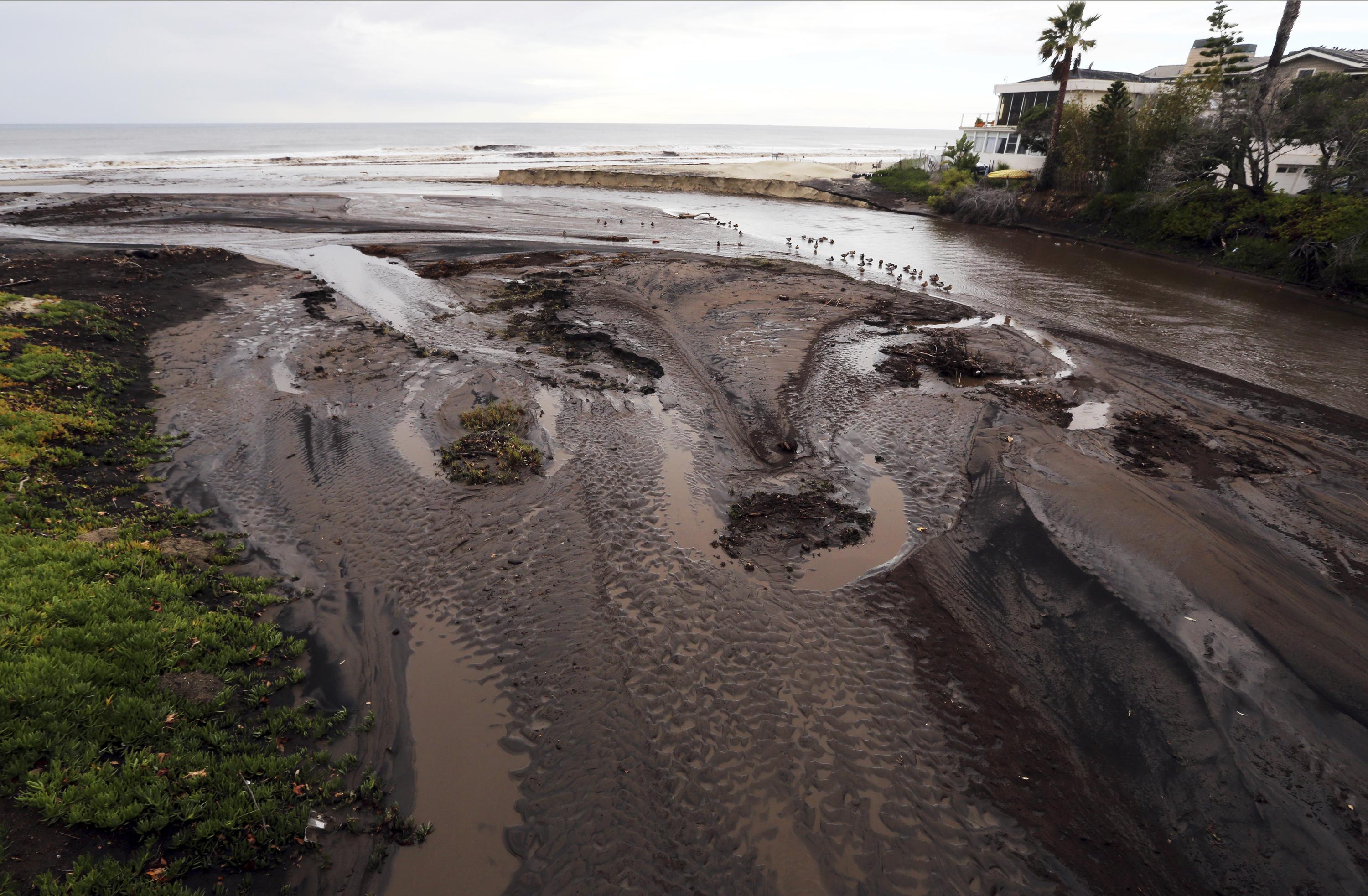 A mudslide shut down Pacific Coast Highway and surrounding roads in and around Malibu and neighbourhoods charred by last month's massive fire that destroyed hundreds of homes.

A Southwest Airlines plane from Oakland skidded off a wet runway as it landed At Hollywood Burbank Airport, about 15 miles north of downtown Los Angeles.

Los Angeles and the rest of Southern California sorely need rainfall – virtually the entire region is experiencing drought conditions, with portions of Los Angeles and Ventura counties and areas along the Mexican border in extreme drought.

The storm provided a big boost in and around Los Angeles – the downtown area set a new rainfall record for the day with 4.8 centimeters of rain, nearly double the previous record set in 1997, the National Weather Service reported. 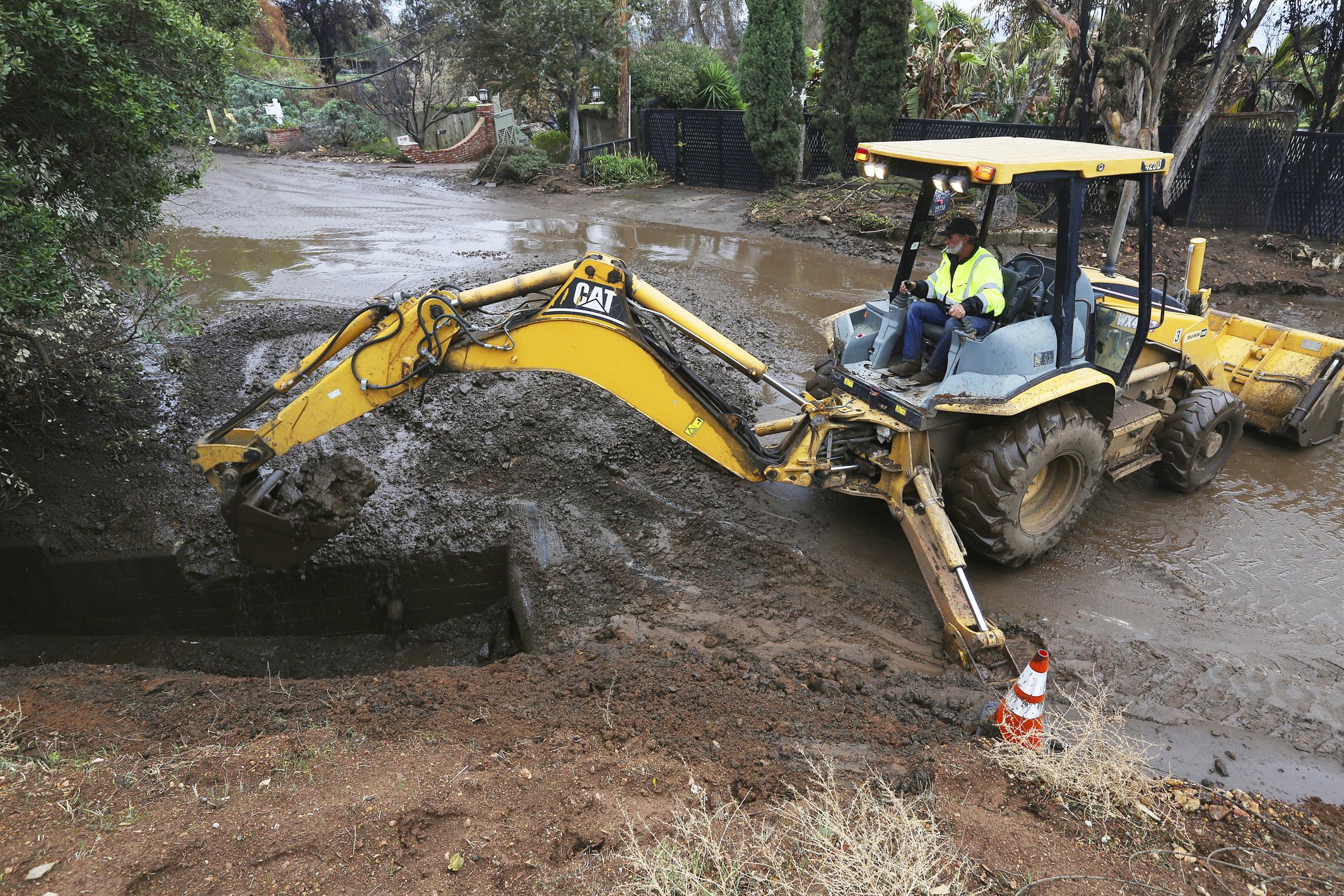 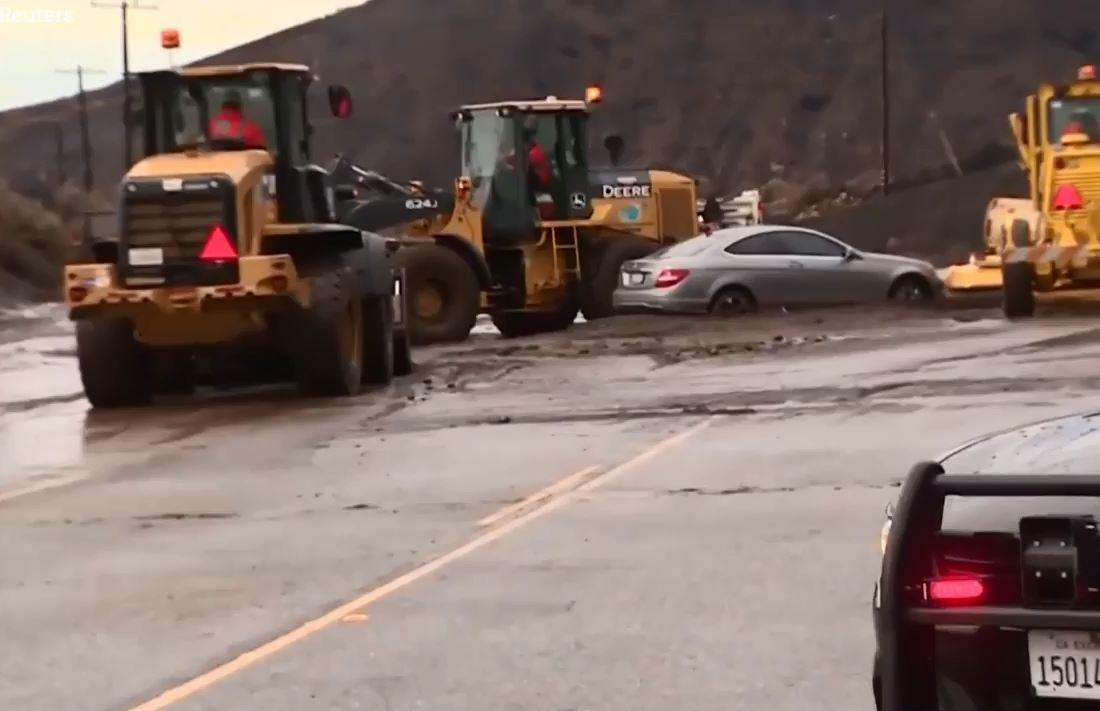 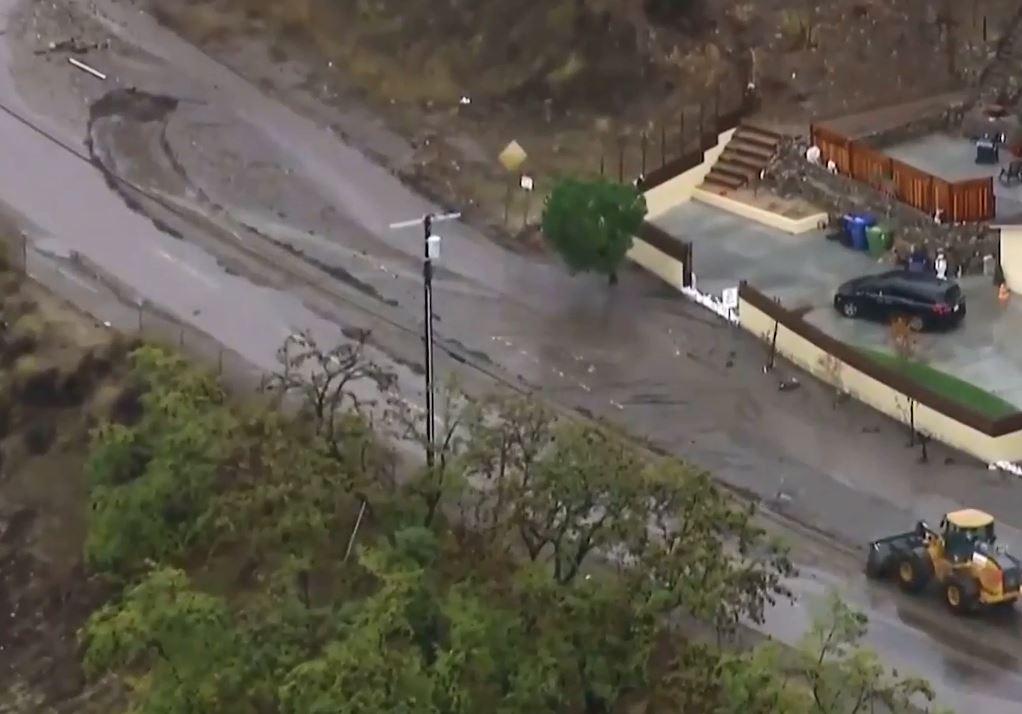 While rain caused numerous accidents and backups on LA-area freeways, heavy snow forced the closure of Interstate 5 in the Grapevine area between Los Angeles and the San Joaquin Valley.

Motorists were urged to use caution on mountain passes, where up to 1.8 metres of snow was predicted at higher elevations.

Mandatory evacuations were ordered for hundreds of homes in Trabuco Canyon in the Santa Ana Mountains south of Los Angeles and Lake Elsinore neighbourhoods in Riverside County.

Both were burned in another massive wildfire earlier this year. 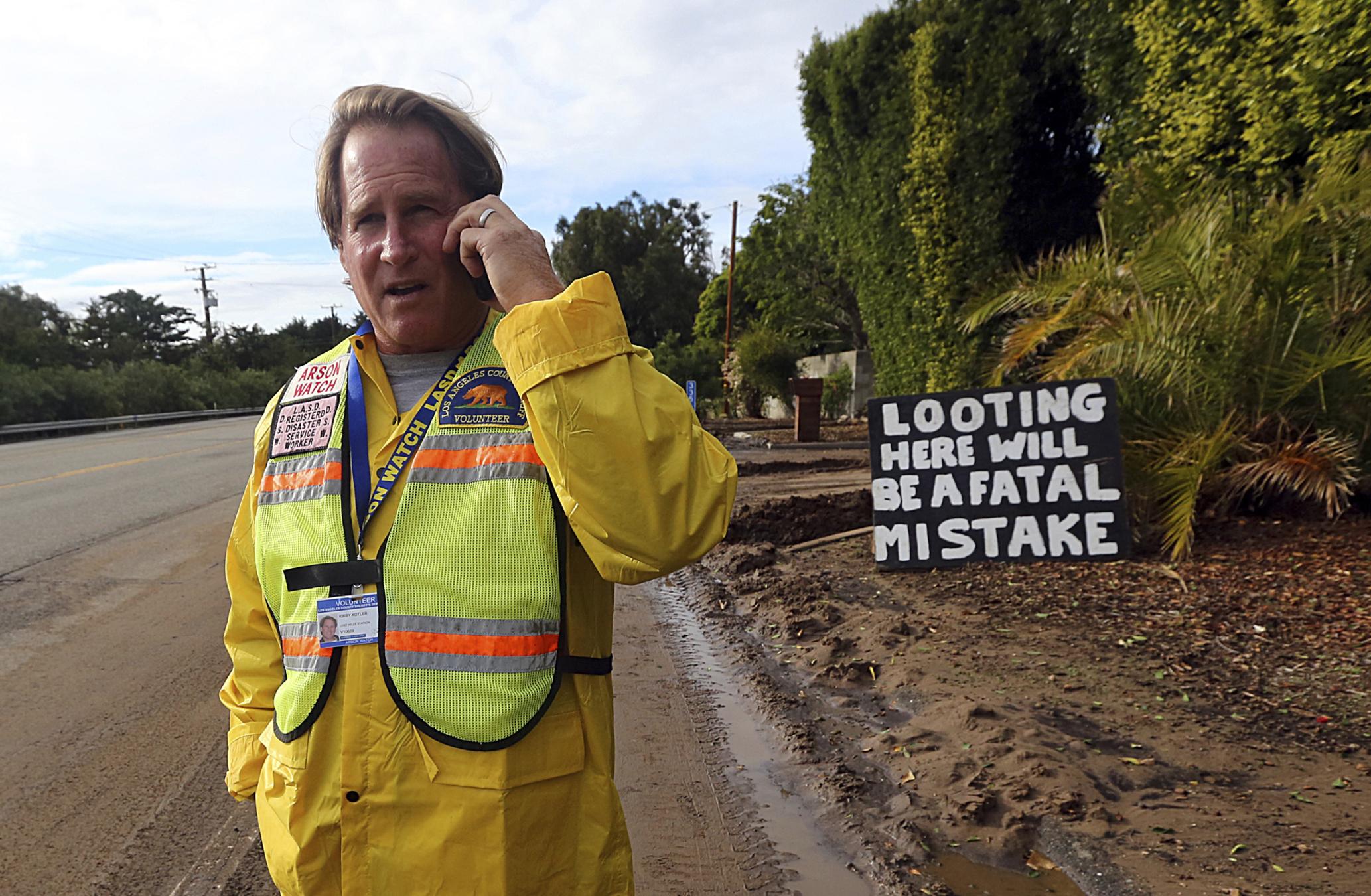 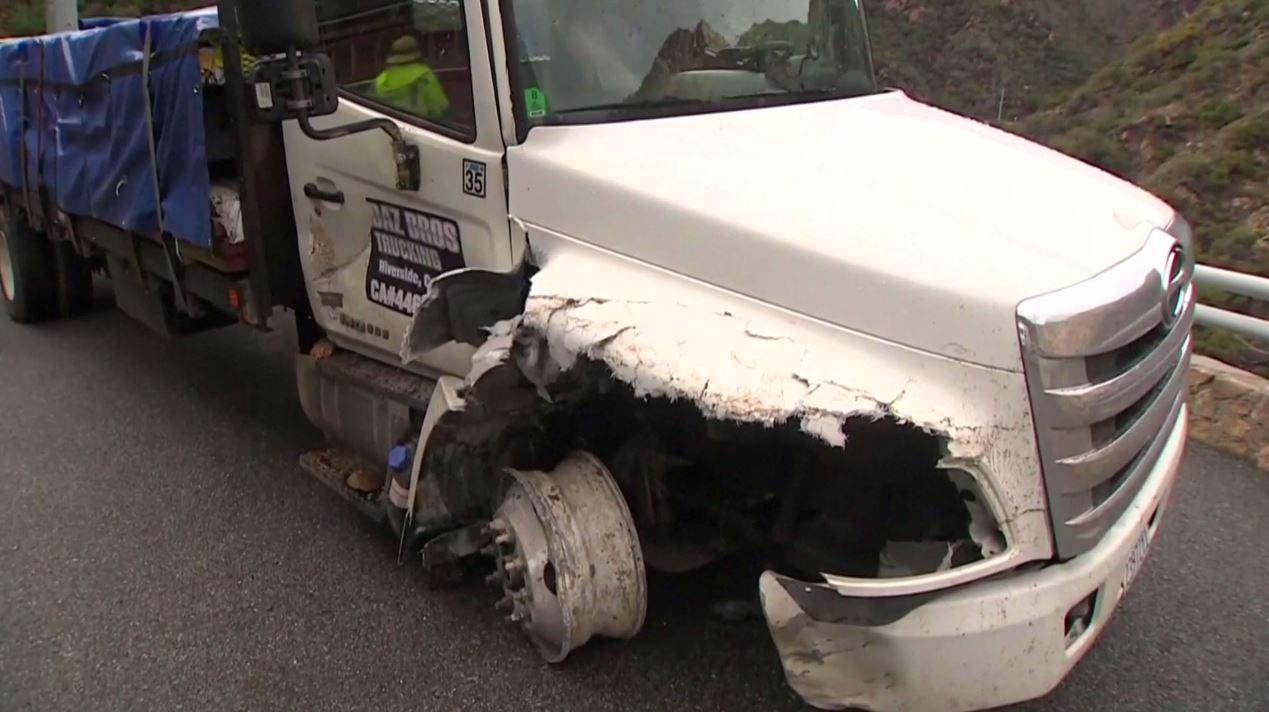 In San Diego County, rain partially collapsed the roof of a child care centre in Carlsbad. 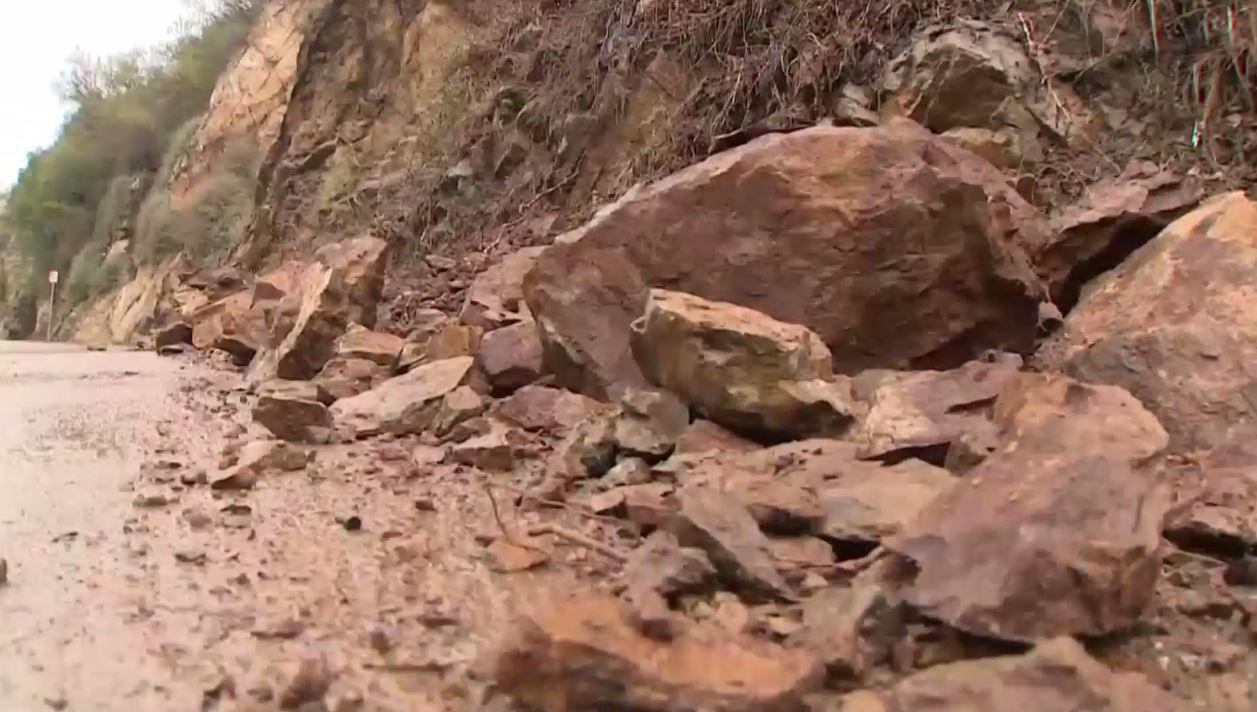 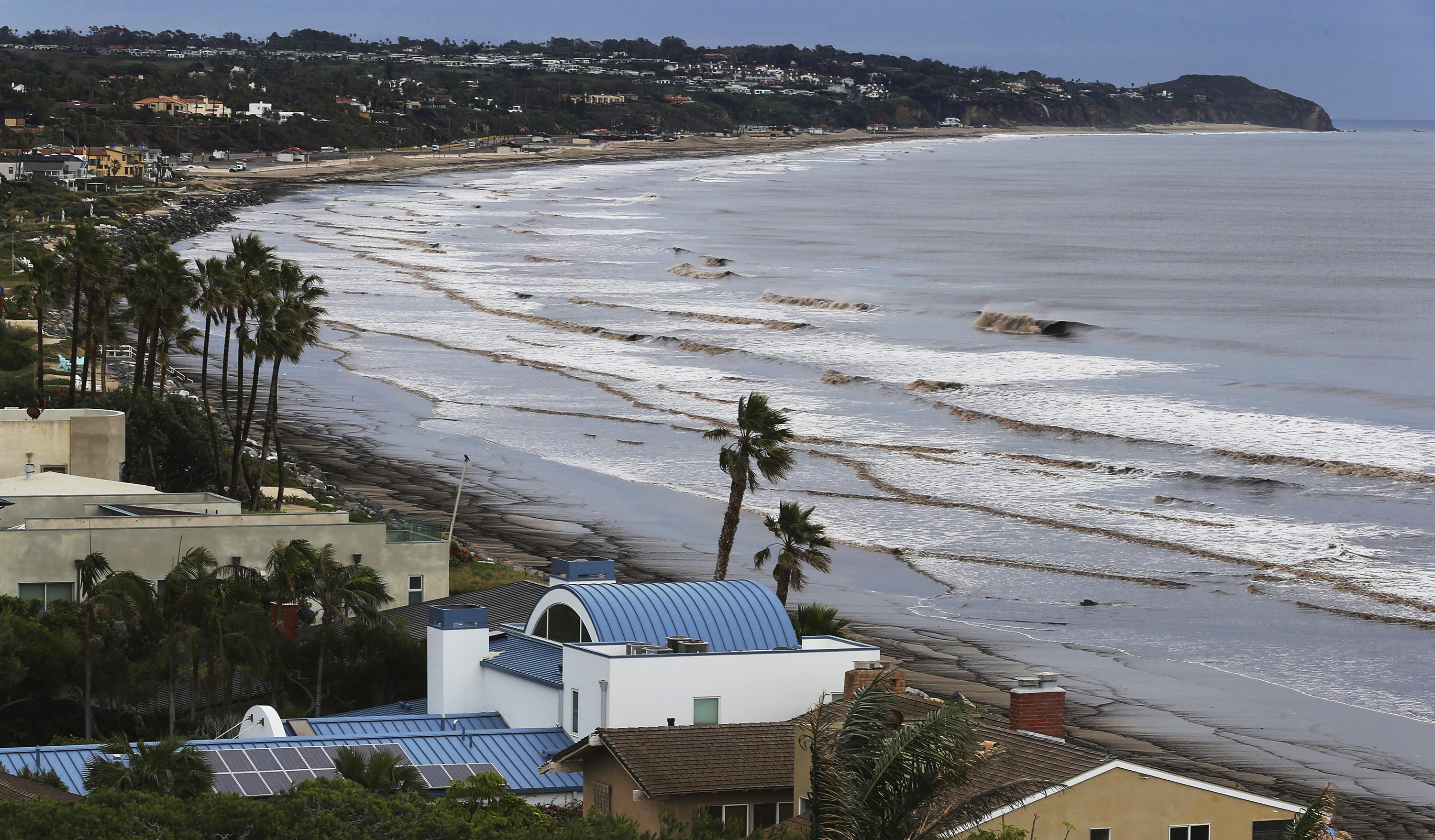 Nobody was injured and the children, staff and even pets inside were evacuated, KSWB-TV reported.

A portion of southbound State Route 170 in Los Angeles was shut down after mud flowed onto the roadway.

Firefighters rescued motorists from cars stuck in a flooded intersection in the city's North Hollywood area. 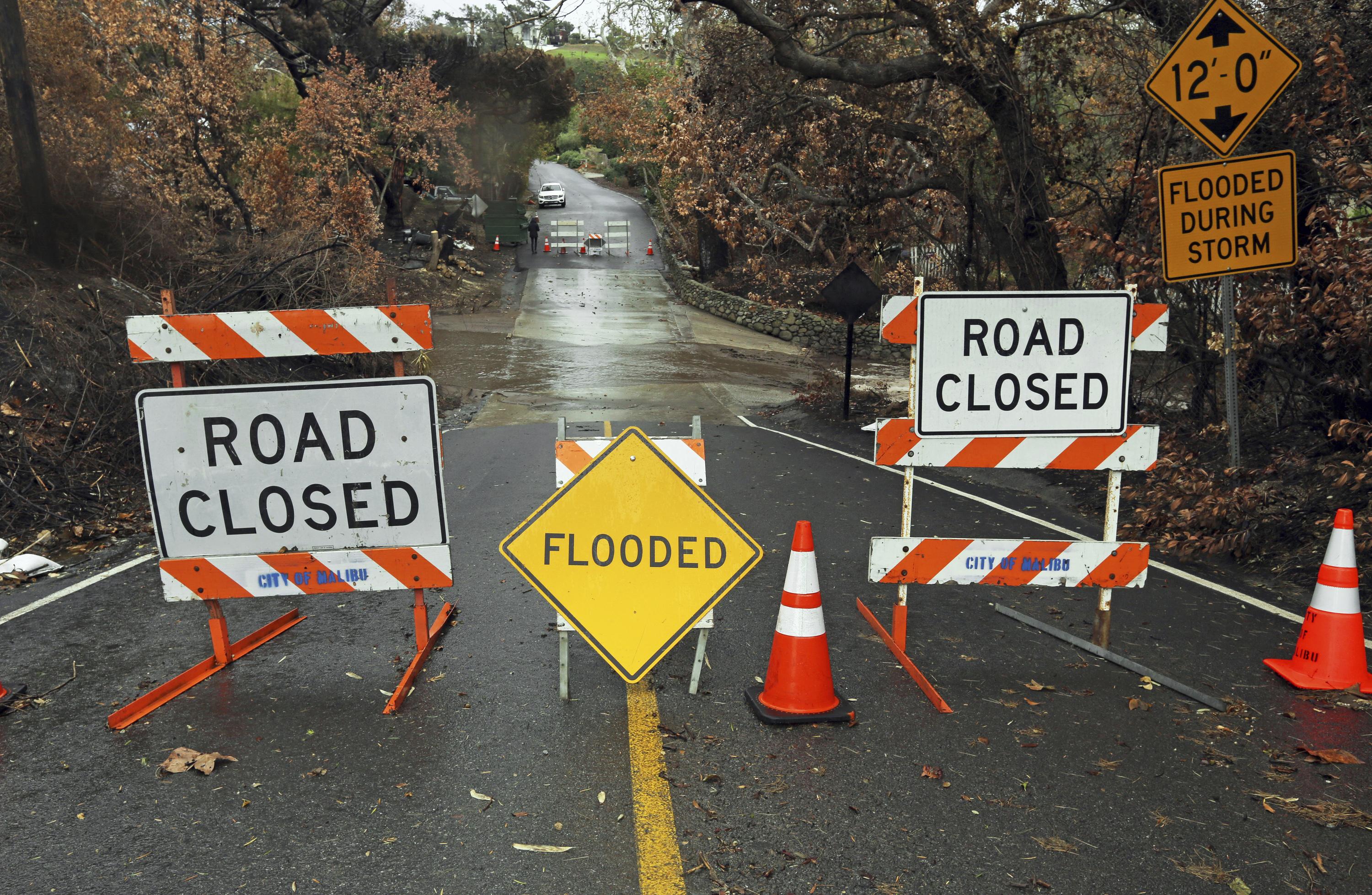 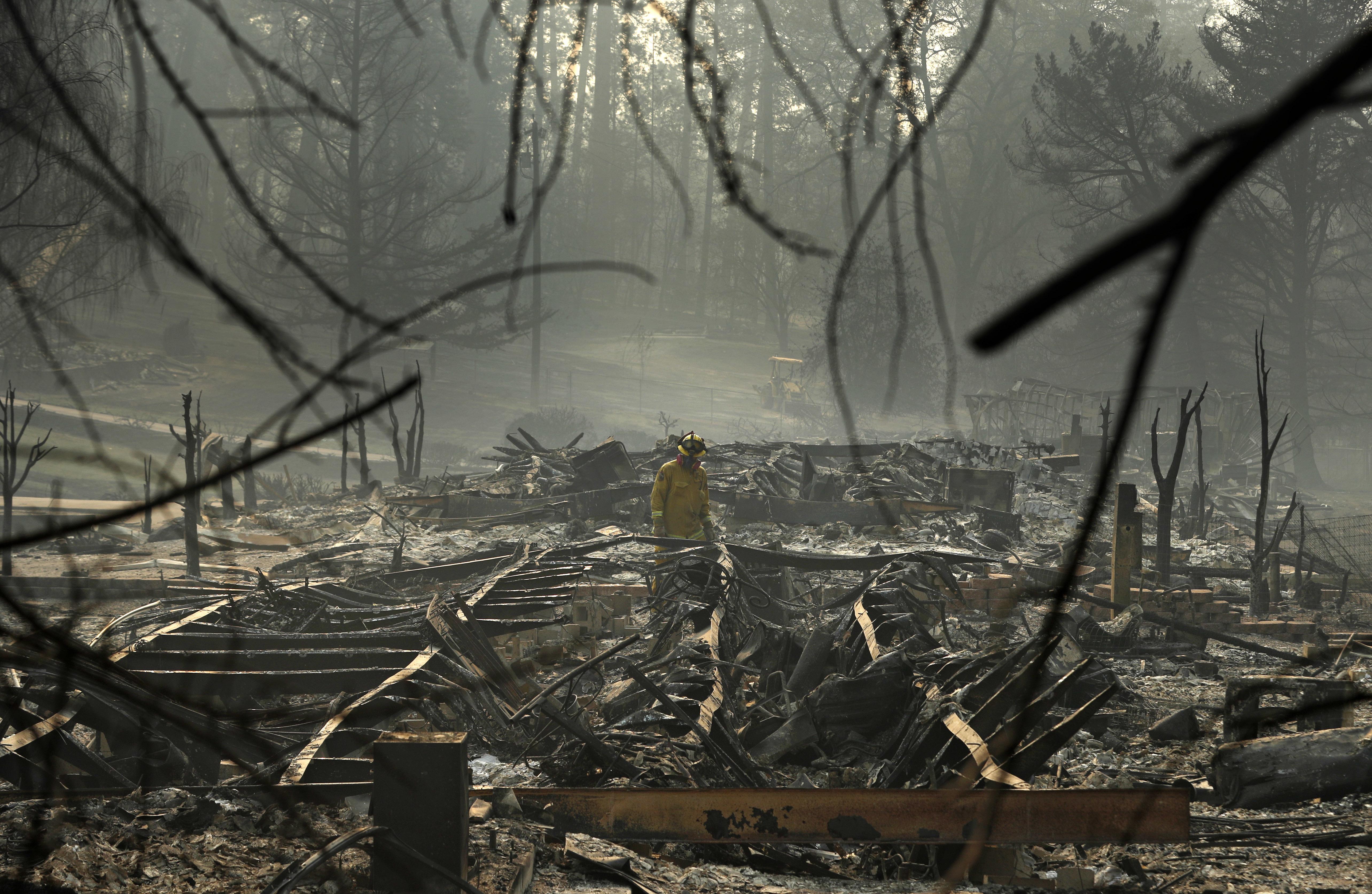 East of Los Angeles, a 13-car crash snarled the morning commute for several hours on a rainy freeway near Moreno Valley but caused only one minor injury, authorities said.

Storm waters in the concrete flood-control channel have swept away people in previous years.