Company director, 44, threatened to choke his ex-partner to death 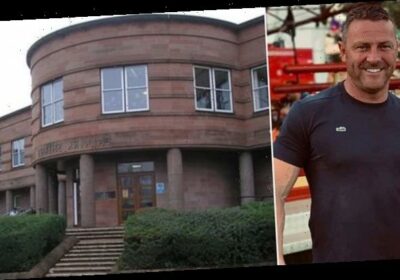 Company director, 44, threatened to choke his ex-partner to death and slash her car tyres after he was asked to pay more support payments for their eight-year-old child 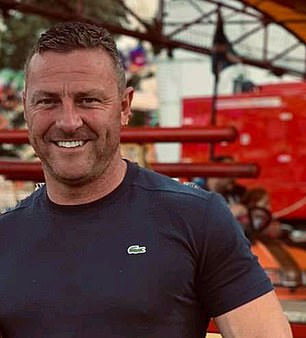 Neal Blighe, 44,of Falkirk, pleaded guilty to threatening to kill his former partner with his bare hands in an argument over child support payments

A former company director who threatened to choke his ex-partner to death and slash her car tyres in an argument over child support payments has received 120 hours of unpaid work.

Neal Blighe, 44, threatened to kill his former partner Jennifer Sheldon on two occasions after the child support agency demanded he pay ‘a large sum’ towards the upkeep of their eight-year-old child.

Prosecutor Kristina Kelly told Falkirk Sheriff Court: ‘This relates to a dispute over the Child Support Agency stepping up an investigation into the accused.’

On September 29, Blighe – whose rigging and lifting company was dissolved shortly afterwards, according to Companies House – messaged Ms Sheldon demanding that she ‘better get on the phone and sort this out, b*****d, or I’ll kill you with my f*****g bare hands’.

A month later he messaged her again asking about some exact amounts paid to the Agency.

Ms Kelly said there were some brief comments about that, then Blighe messaged again saying, ‘It’ll cost you in the end, bitch. I’ll slash your car tyres every few months, c**t. I’ll make you pay, b*****d.’

A further message read: ‘I’m going to make your life hell, b*****d. I’ll make you wish you never laid eyes on me.’

He demanded she get the Child Support Agency to change its approach, saying that if she didn’t ‘I swear to God I’ll come to your house and choke you to f******g death – and that’s a promise’.

Blighe, of Falkirk, who now works in the offshore industry, pleaded guilty to using threatening and abusive behaviour.

Solicitor Kevin Douglas, defending, said Blighe had been ‘religiously’ paying Ms Sheldon for the upkeep of their eight-year-old child, when suddenly the Child Support Agency had become involved and demanded ‘a large sum’ from him. 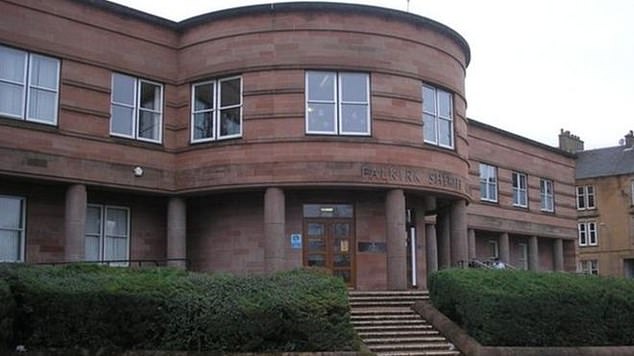 Blighe pleaded guilty to using threatening and abusive behaviour and was sentenced to carry out 120 hours of unpaid work. Pictured: Falkirk Sheriff Court

He said: ‘He realises he shouldn’t have said these things, but it was in the heat of conversation about monies which he obviously feels are not due.

‘This was the catalyst that pushed him into an explosive reaction – and one which he regrets very much.’

Sentencing Blighe to carry out 120 hours of unpaid work, Sheriff Christopher Shead told him: ‘It’s difficult to imagine how someone in your circumstances could conduct themselves in this way, but you obviously chose to do so.’

He added that the fact that there were two incidents ‘separated by approximately a month, makes it all the more serious’.

He also made a non-harassment order preventing Blighe from contacting the victim, directly or indirectly, for 12 months.