Cat walks in the snow in Wakefield, West Yorkshire 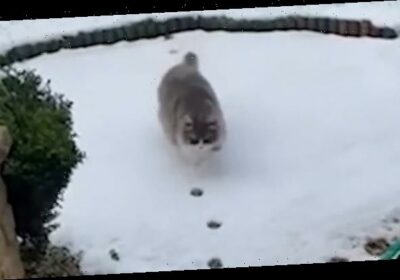 Catwalk swagger! Hilarious moment moggy sashays across garden as he retraces his footprints in the snow

This is the amazing moment a cat stepped perfectly into its own footsteps after going for a walk in the snow.

Little Cat, the Ragdoll cat was let outside by  its owner hair stylist Aimée Coulton, 26.

Ms Coulton, who is from Wakefield, West Yorkshire said: ‘Little Cat’s precise stride wouldn’t be out of place on the catwalk. 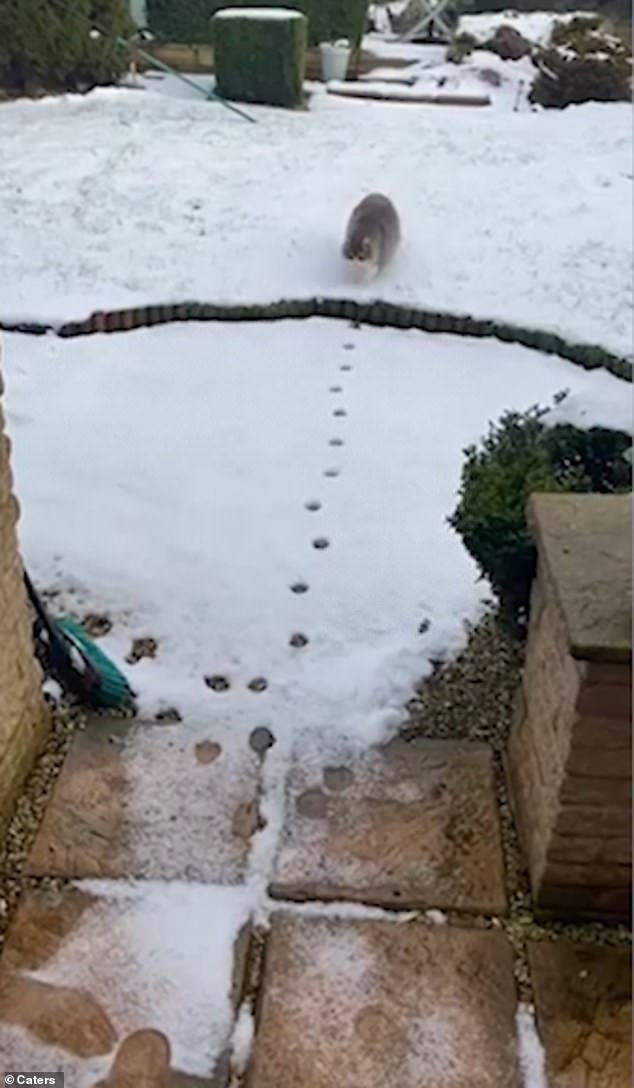 The is the moment Little Cat the Ragdoll Cat retraced its path through the snow outside it’s owner’s home in Wakefield, west Yorkshire 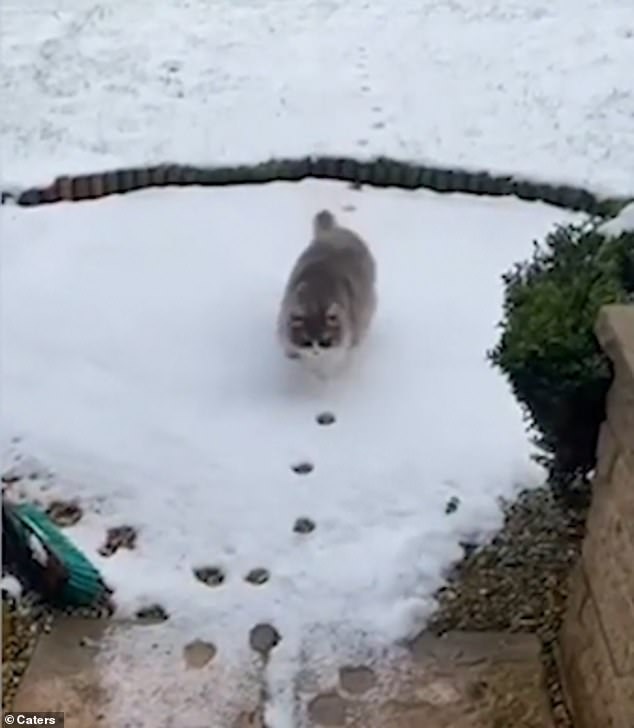 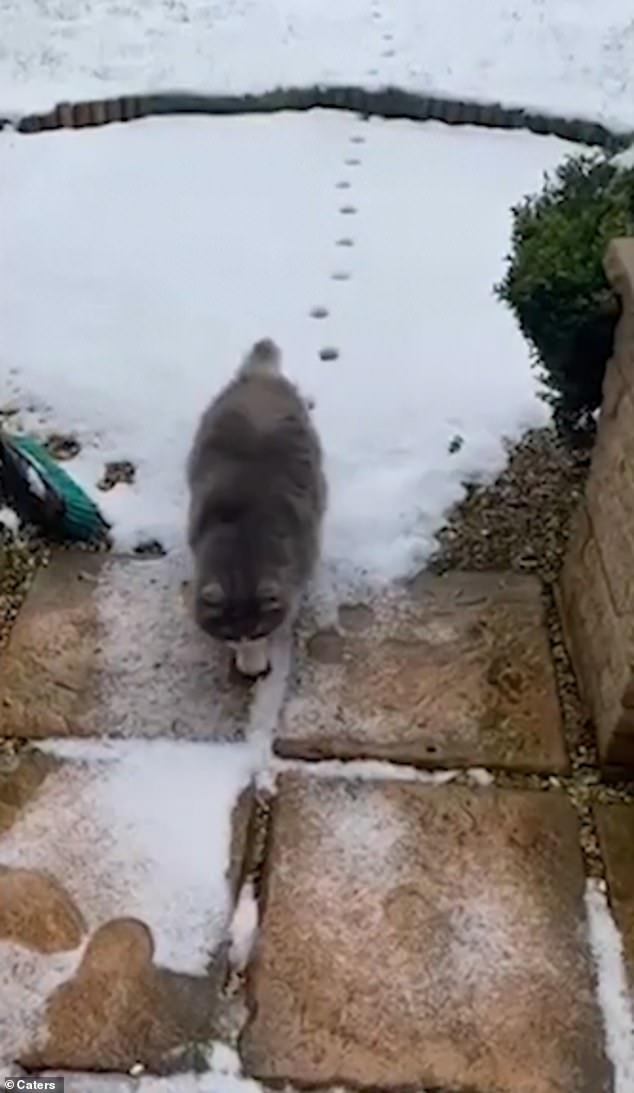 Ms Coulton, claimed her pet’s exploits were worthy of the cat walk

She added: ‘My clever little boy.’

Ragdoll cats are a large and powerful breed with a broad chest, short neck and sturdy legs.

The first of them were specifically bred in California in the 1960s when a Persian cat queen and a Birman tom.

It is one of the most laid back of all domestic breeds and are devoted pets.

It also requires regular grooming to keep its coat in top condition.