Home » TV & Movies » 'Little House on the Prairie': Melissa Gilbert Called This Co-Star 'One of the Sweetest, Kindest Men I Have Ever Known' … And It Wasn't Michael Landon

'Little House on the Prairie': Melissa Gilbert Called This Co-Star 'One of the Sweetest, Kindest Men I Have Ever Known' … And It Wasn't Michael Landon 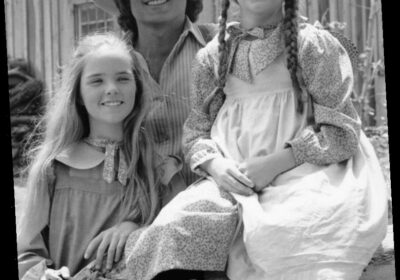 When Michael Landon created Little House on the Prairie in 1974, he recruited numerous child actors for the historical drama. Serving as executive producer and playing central character Charles Ingalls, Landon cast Melissa Gilbert to play his daughter, Laura Ingalls, when she was just 10 years old.

The two worked together for the show’s nine seasons and developed a close relationship. Gilbert had a strong affection for Landon, as well as this former co-star who joined the series in season 4.

Last year, Gilbert recalled growing up on the Little House on the Prairie set. The actor expressed her gratitude for her time on the show.

“It was like a really great summer camp,” Gilbert told CBS Sunday Morning in July 2020. “I also got to play the ultimate game of dress up, and be in those fantastic clothes, and the button-up boots. I don’t remember it ever not being fun.”

The series set in the 1870s still resonates with audiences, where the show continues to have a large fan base.

“With everything that’s going on in the world right now,” Gilbert remarked, “I think, from what I’m hearing from people, is that Little House on the Prairie is a reminder of when things were simpler for us in our lives.”

Gilbert praised Landon’s leadership on the series, where the Bonanza star made a point of creating content of high principles. She noted the void Landon left behind after his death in 1991.

“The show’s values, I think, were absolutely a reflection of the values of our leader, of Michael Landon,” Gilbert told CBS. “He was that man. He believed that people are always really good at heart. … It’s unfortunate, for so many reasons, that he passed away when he did, because I think his voice would’ve been an incredibly important voice to have today.”

The Little House alum commented on their special bond that somewhat mirrored their onscreen father-daughter roles.

“Our relationship was very close, and it grew even deeper when my father passed away [in 1976],” Gilbert told ABC News in 2014. “Our families got close. We went on vacation to Hawaii together every Easter.”

In the fourth season of Little House on the Prairie, ex-NFL star Merlin Olsen joined the cast as Jonathan Garvey. Taking over as Charles’ BFF when Victor French left the show, Olsen was known as having a heart as big as his 6’5″, 270-pound frame.

Olsen left Little House in 1981 to star in another Landon-produced show, Father Murphy. He also served as a TV commentator for college and NFL football alongside Dick Enberg. Olsen died from cancer in 2010 at 69 years old.

While Gilbert has always spoken of her fondness for Landon, she also publicly declared her affection for the Pro Football Hall of Famer.

“Just heard about the passing of Merlin Olsen,” Gilbert tweeted after her former co-star’s death, according to E! Online. “I am so sad. My heart go out to his dear family. He was one of the sweetest, kindest, men I have ever known. The personification of the Gentle Giant. Forever now, a guardian angel.”