The never camera-shy former glamour model pouted and posed throughout the evening as cuddled up to fans. 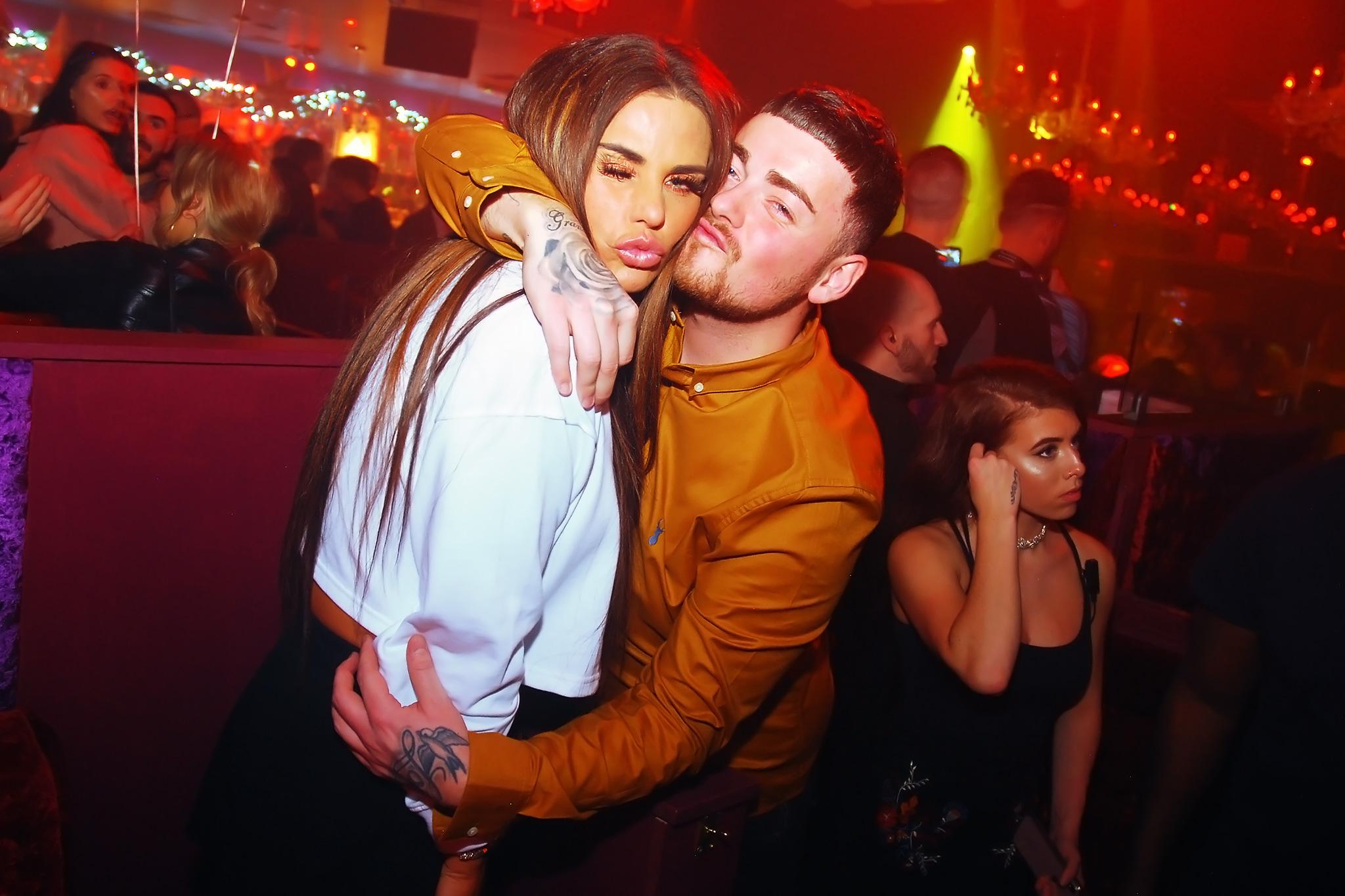 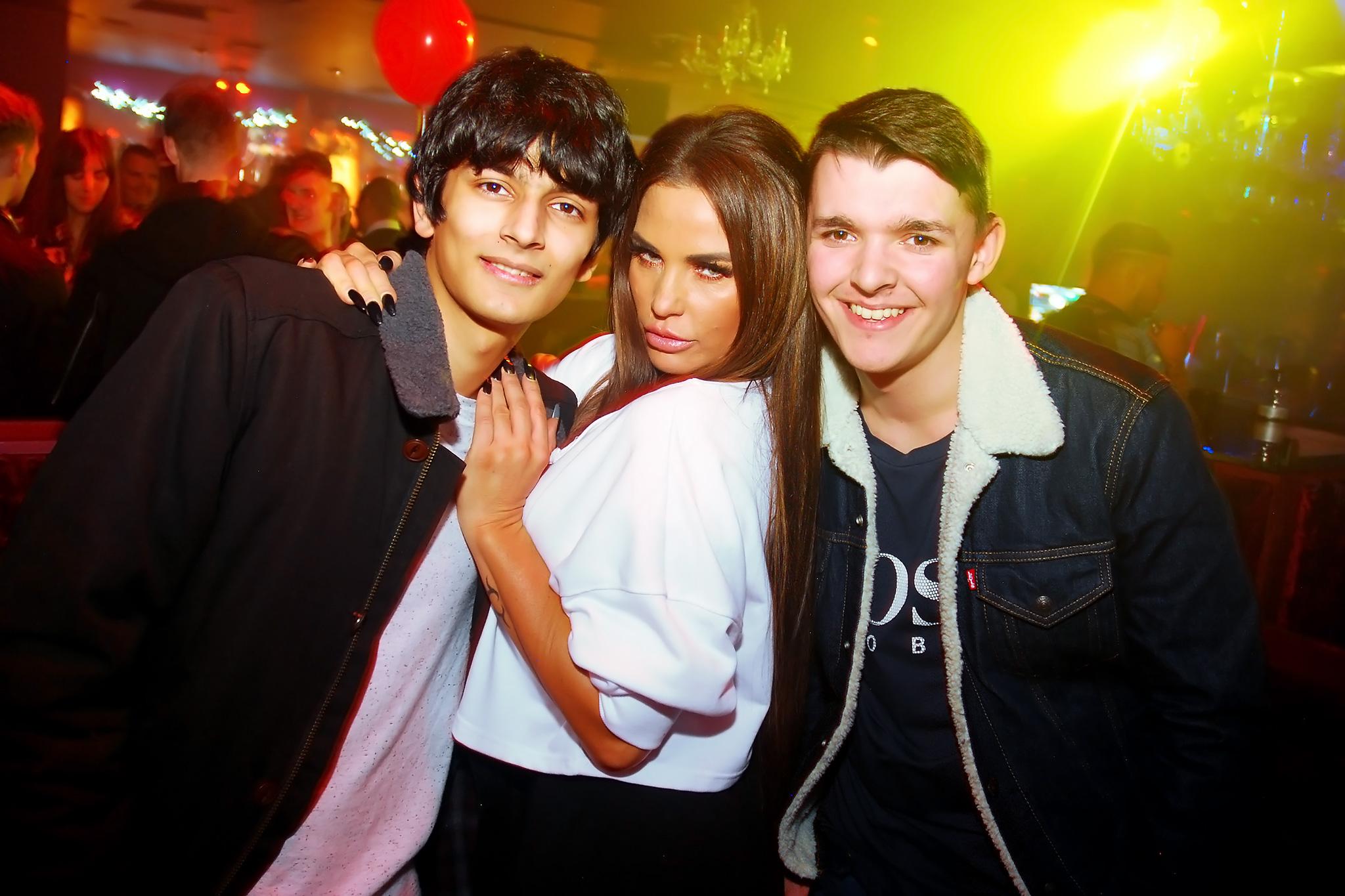 The 40-year-old was spending Saturday night at nightclub, Fever & Boutique.

Wearing a white long sleeved crop-top and hot pants, the star was photographed cosying up to various party-goers throughout the evening.

Perhaps she was celebrating after she had been named as 12th most powerful person in Brighton. 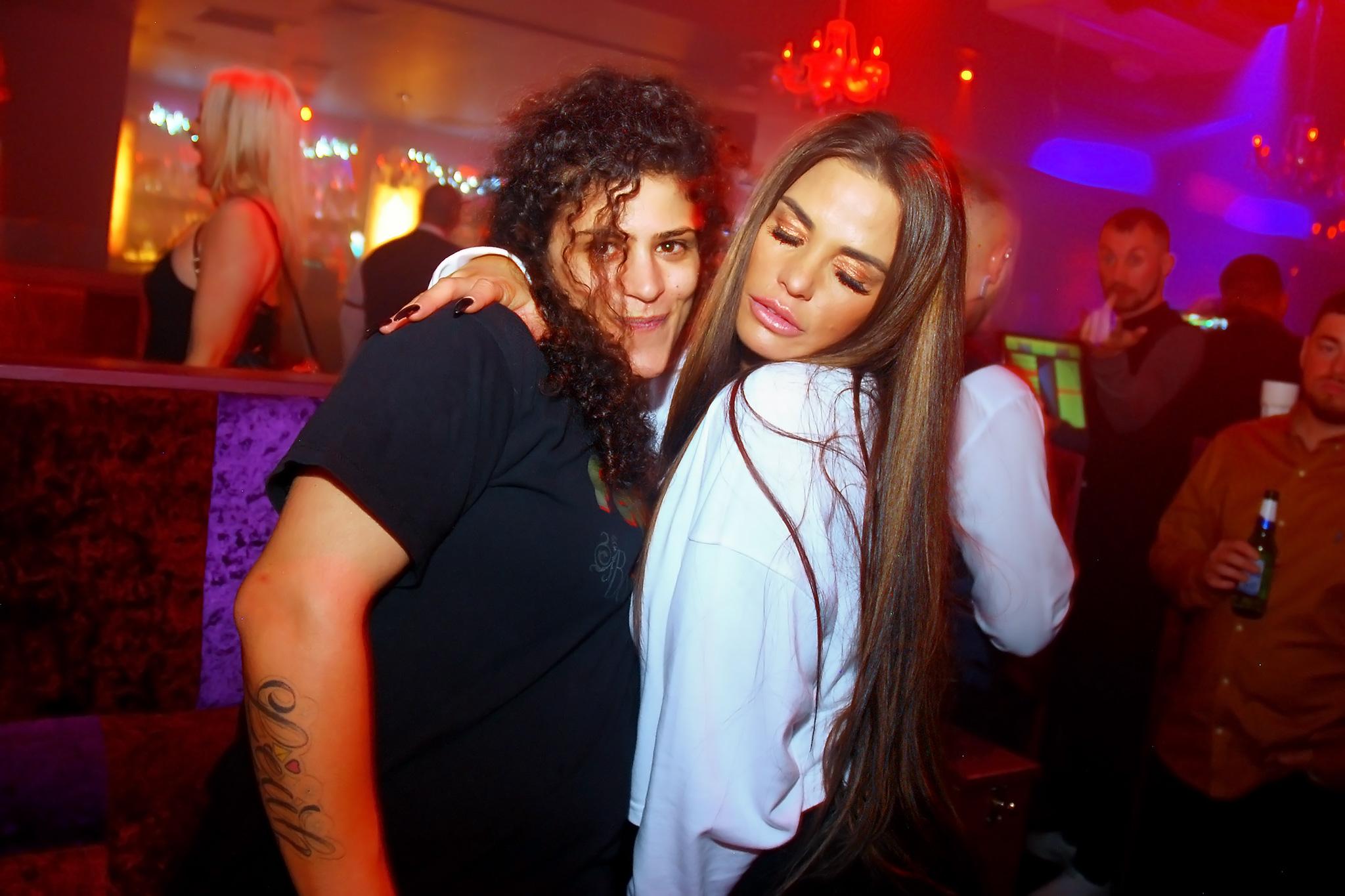 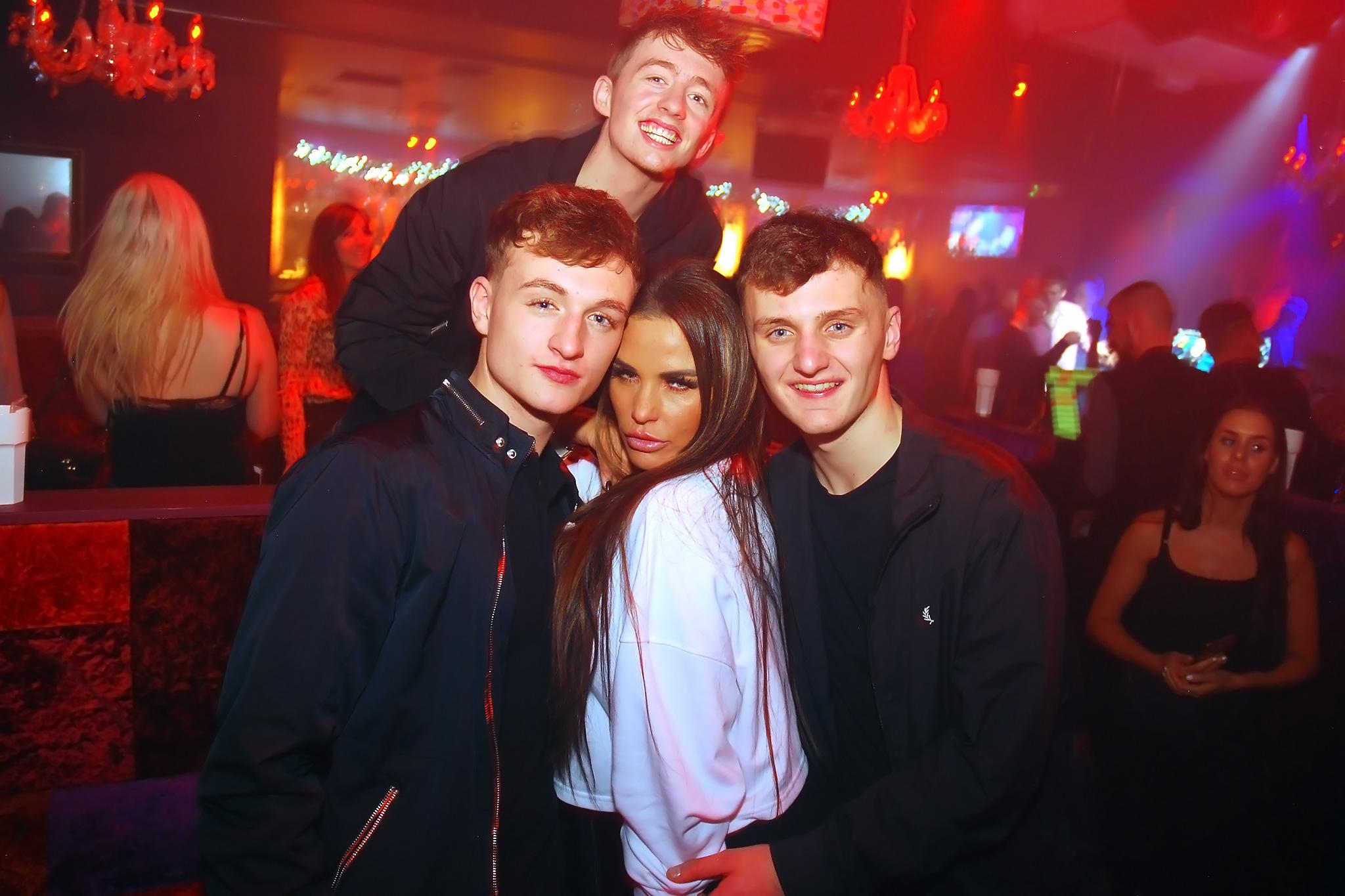 The same evening, Katie couldn't believe how highly she placed on her beloved town's list of top dogs.

She took to Twitter  to say how "chuffed" she was by the honour in a series of tweets.

The reality star joined the likes of a long list of worthy people who live in the seaside resort town. 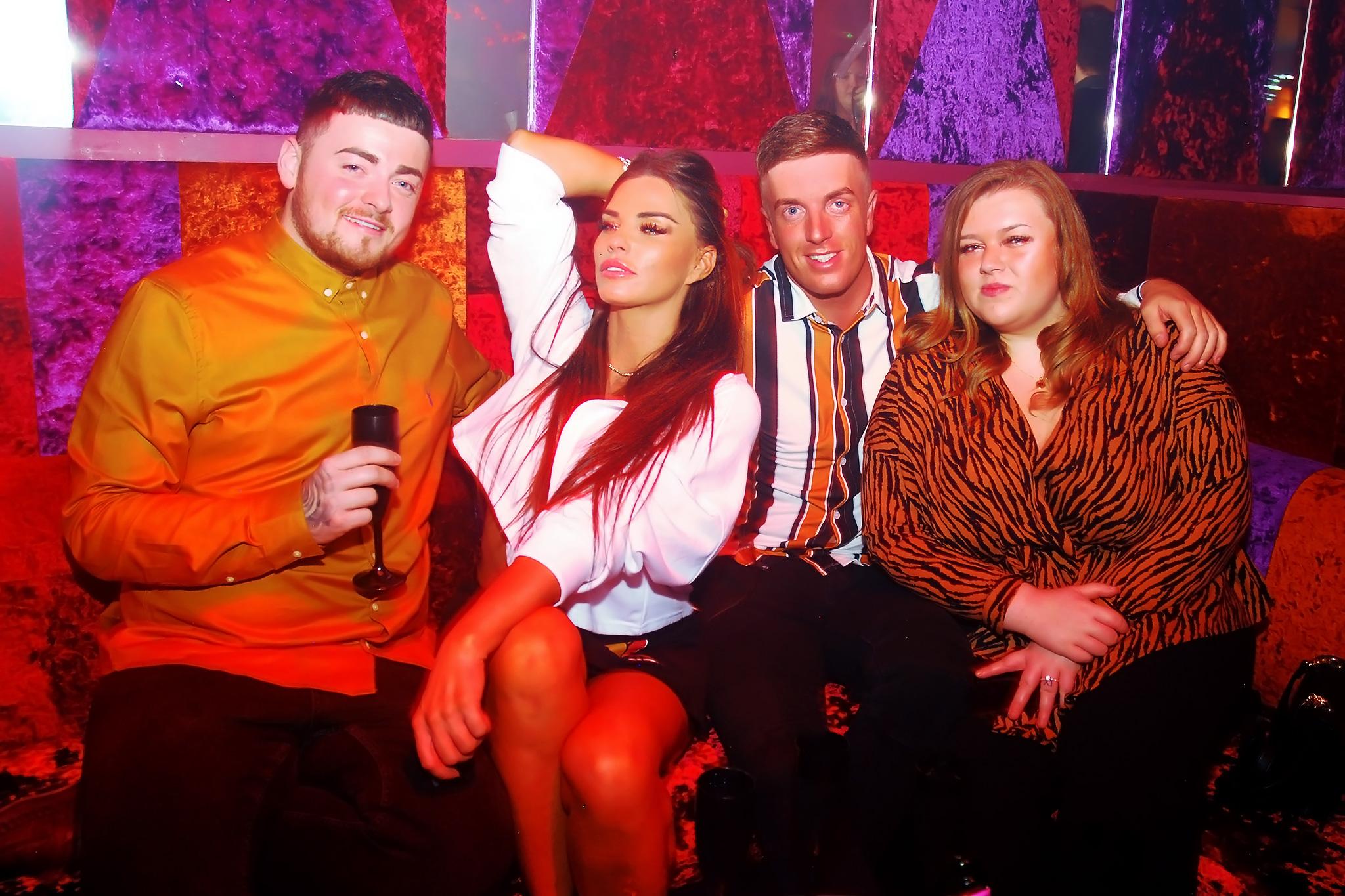 The ex I'm A Celebrity star has also managed to swerve bankruptcy again after the tax man accepted her plan to repay £22k debt.

The troubled star had been battling for months to reach an agreement with creditors following an earlier hearing.