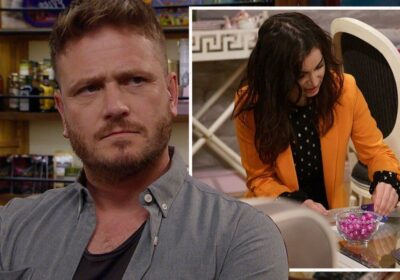 Leyla (played by Roxy Shahidi) has been struggling with her addiction to cocaine in recent months on Emmerdale, even though Suzy Merton (Martelle Edinborough) has given up the partying lifestyle and her husband Liam (Jonny McPherson) has come close to discovering her secret several times. The businesswoman is sure she can keep her addiction harboured from her loved ones without anyone becoming too concerned. However, David (Matthew Wolfenden) becomes worried about the mother of his stepson Jacob Gallagher (Joe-Warren Plant) in upcoming scenes on the ITV soap and it seems she could do anything to keep him quiet.

The drama continues when Jacob is starting to solidify his plans to go off to university in September and he has the support of his stepfather, David.

Unfortunately, it seems his birth mother Leyla isn’t too excited for him as she hasn’t been there for him throughout the entire process.

With the clock now ticking on Jacob’s time in the village, the shopkeeper thinks he needs to do a bit more to get his former lover more interested in their son’s future.

Believing she knows how to get her son on board, she flashes the cash at the young man, hoping he will be pleased with being able to buy supplies for university.

This only infuriates David further as he realises his ex-girlfriend is trying to deflect from her responsibilities as a mother. 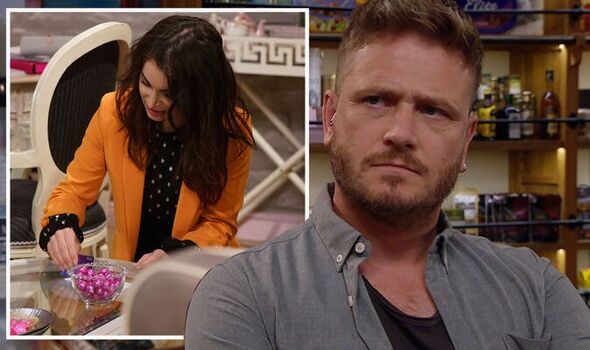 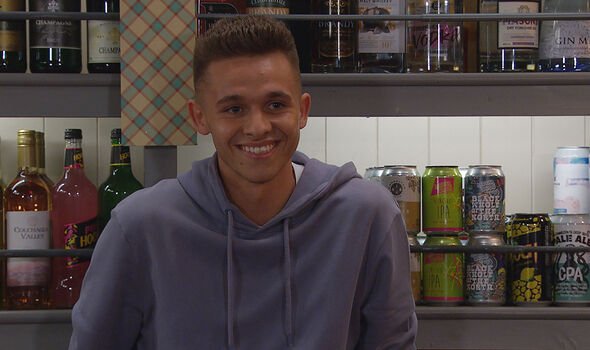 It is later revealed Leyla had cocaine in her system when she made the cash donation to her son and she soon begins to regret that decision.

As she tries to get her head around flashing the cash for her son, the amount of stress she’s under continues to increase back at the office.

Trying to work around her duties at Take A Vow in order for a partying lifestyle comes back to bite her as a client fires her as their wedding planner.

Flustered and needing a distraction from everything, Leyla prepares some cocaine but she is interrupted by her former lover David.

He is shocked to the core to see why Leyla has been so distant lately and cannot believe it’s because she is doing drugs. 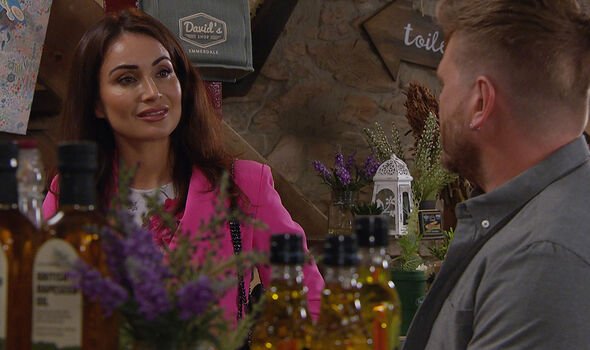 Having been caught out, Leyla decides she is going to try and explain herself but her feeble attempts do not go down well with David.

Knowing this is not like Leyla, David tells her he is going to tell her husband Liam so he can get her the help she needs.

Not wanting her secret to become public knowledge, the troubled character pleads with her ex-boyfriend to listen to her.

It’s too little too late as David has already sent a message asking to meet Liam to talk about something in private.

Wanting to keep her addiction under wraps for a little while longer, she tries to convince David she has stopped taking cocaine.

It seems Leyla could finally be telling the truth and will be willing to put the partying lifestyle behind her but she will need assurance David won’t spill her secret. 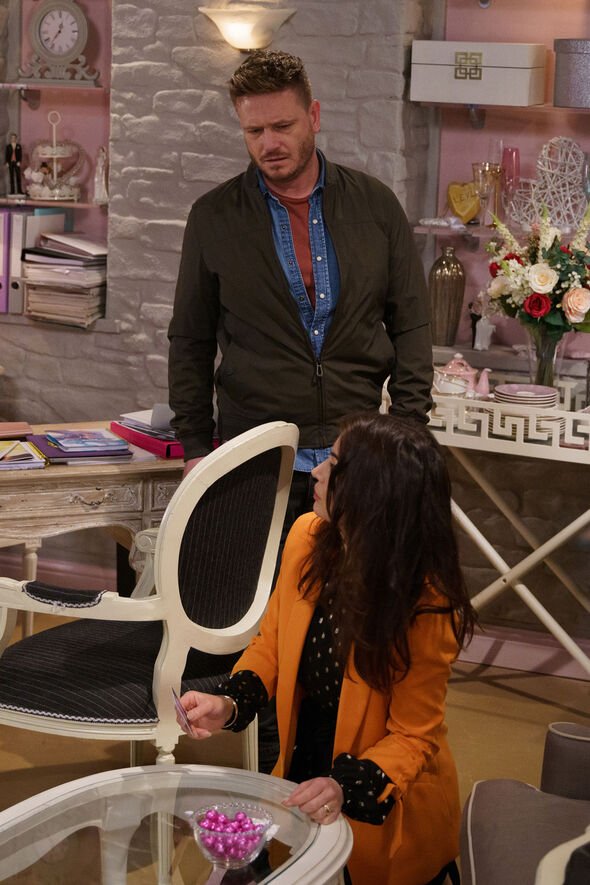 Knowing there has always been chemistry between them, regardless of who they have been with, Leyla could put on the charm.

With David and his partner, Victoria Sugden (Isabel Hodgins), having had some difficulties recently, his former lover would know he would be weak to her advances.

Needing some comfort which he hasn’t felt in a while, David could end up falling for Leyla’s charms and they could end up having an affair.

Making David promise he won’t tell Liam about her addiction, Leyla would have the womaniser in the palm of her hands.

However, they might not be as careful as they thought they were being as the troubled character could end up pregnant.

Liam has been desperate to have a child with his wife, following the death of his daughter Leanna Cavanagh (Mimi Slinger).

Leyla would know she could pull the wool over her husband’s eyes as this is everything he will have ever wanted and he would never have to know David was the father.

David would know full well the child is his as he and Leyla will have been spending a lot of time together in recent weeks.

However, will he expose the truth and play a part in his child’s life, or will he take a stand back and watch them grow up with Liam as their father?

The actress who plays Leyla, Roxy, has spoken out in the past about the possibility of her character reuniting with David.

Roxy explained to the Daily Star when asked if there was hope for her and David despite marrying Liam: “I don’t think Leyla and [David]…never say never.

“You know, you just never know. They’re almost like brother and sister now, I think they’re that close. She doesn’t know anything until it’s upon her.

“I think she thinks it’s a little bit odd but there’s so much love between them in a platonic way and obviously the romantic love in the past.”

Will these platonic feelings be put to the back of her mind as she tries to use their chemistry to her advantage to keep her secret hidden?