ROY KEANE made one young lad's dream come true as he rocked up at his school to surprise him.

Children and staff were 'blown away' when the Manchester United legend turned up out of the blue. 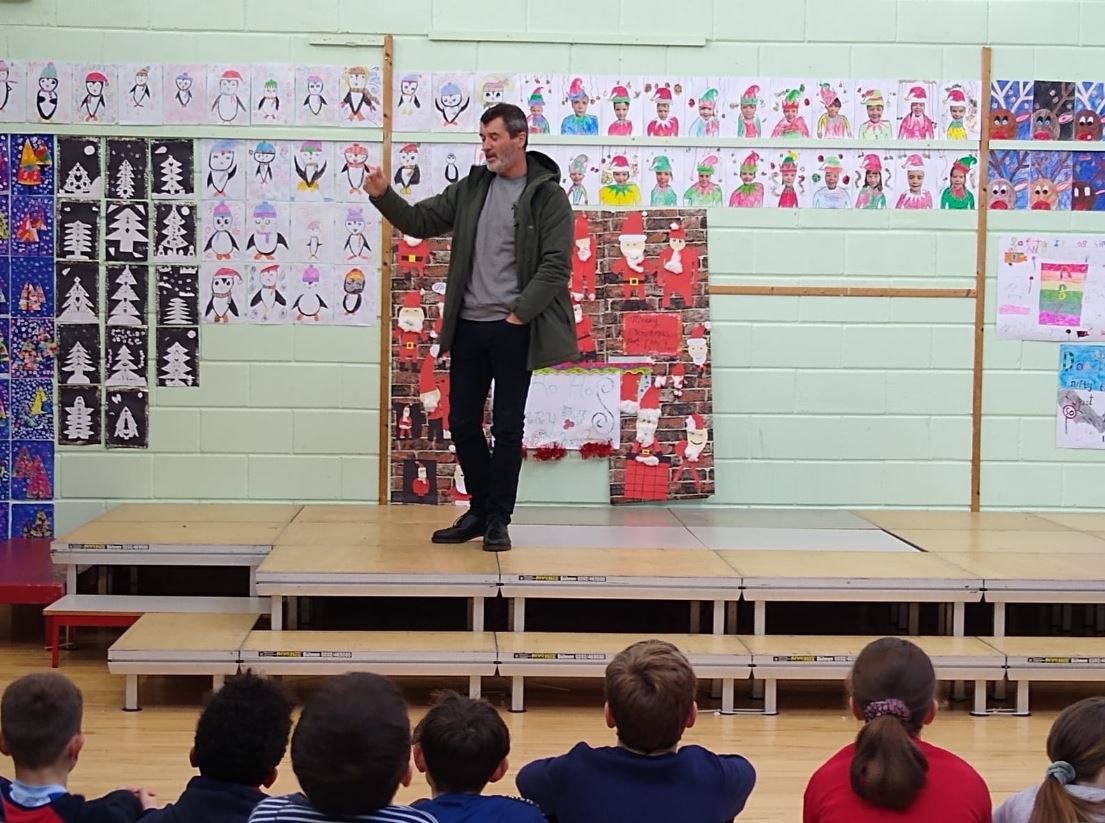 Keane received a letter from Noah Mehigan as part of a 'write to your hero' school project.

The fifth class pupil at Dunderrow National School said he would love to meet his idol.

And his dream became a reality when the 49-year-old turned up to surprise him.

Notorious hardman Keane showed off his softer side as he spent some time with the kids.

The Republic of Ireland legend answered questions from them for an hour before he shot off.

School principal Triona Hannon said: "He arrived at around 11am and took us completely by surprise.

"We had a Q&A with him and he was very gracious spent lots of time answering questions."

Former United skipper Keane highlighted the importance of teamwork to the kids.

She added: "He was very inspirational.

"He spoke to the children about teamwork being the most important aspect of play and to keep practicing, and practicing, all of the time. We were blown away."

Noah could not believe his idol had taken time out of his busy schedule to pay them a visit.

Mrs Hannon said: "Noah couldn't believe that his hero had turned up and was absolutely blown away.

"It's been a week that keeps on giving. We've had a great week.

"This is certainly the climax that we wouldn't have expected and it is really the icing on the Christmas cake."

The school visit is just one of the good deeds that Keane has done recently.

He was spotted helping out a local food bank last month.

A few days after that he paid a visit to a barber that had recently reopened after an arson attack.