Home » Sport » Jofra Archer: What would Sussex seamer bring to the England team?

Jofra Archer: What would Sussex seamer bring to the England team? 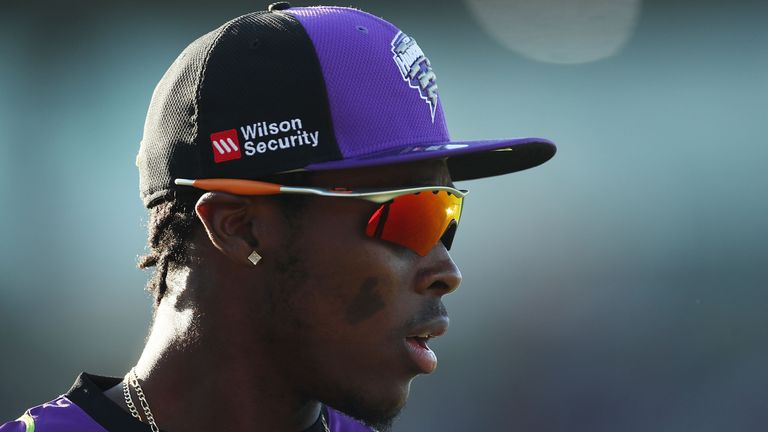 With England top of the ODI rankings in World Cup year and having just won a Test series 3-0 in Sri Lanka, it would appear that the old cliché of most bases being covered is pretty accurate.

Searing seamer is the obvious exception.

That could all change in 2019, though, with Sussex’s Barbados-born quick Jofra Archer, 23, able to play for England from the turn of the year, with the ECB adjusting the eligibility regulations.

The previous rules stipulated that a player required a seven-year residency period if they entered the UK after their 18th birthday, but that will be reduced to three years from January 1 meaning the World Cup and, potentially, The Ashes are now firmly on Archer’s radar.

The chances of the paceman debuting for England in his native West Indies early next year appeared slim with his T20 commitments, including an impending second straight season in the Big Bash with Hobart Hurricanes, meaning it may take him until March to have spent the requisite 210 days a year of residency in the UK.

However, Archer, whose father is English, told Cricinfo on Saturday that he is giving consideration to pulling out of his Big Bash deal and spending the winter in England in order to speed up his qualification for international cricket.

“I’m not too sure,” he said when asked about skipping the Big Bash. “I haven’t been to Australia as of yet. I don’t know how the CEO would react. I haven’t asked yet.

“Obviously everything just happened only two days ago, so there’s still some time to do some thinking and to really see what takes priority.”

Archer’s move into an England shirt may still be slower than hoped – unlike his bowling.

According to the official IPL website, the seamer sent down the swiftest delivery in last season’s competition – 152.39kmph, which is a lick under 95mph – and also bowled five of the top 10 fastest balls and 10 of the top 20, with beanpole Australian Billy Stanlake his closest rival.

Archer’s impact was just as quick as his deliveries – having missed the opening five matches of Rajasthan Royals’ campaign through injury, he starred on debut against Mumbai Indians with three wickets in an over, batsmen unable to cope with his full and fast onslaught.

Archer ended the season with 15 wickets in 10 games. No wonder the Royals opted to retain him for the 2019 season alongside potential future England team-mates Jos Buttler and Ben Stokes.

The seamer had already lit up the 2017-18 Big Bash League with 16 wickets in 12 fixtures for the Hurricanes, including a double-wicket maiden on debut, plus a stunning one-handed return catch and two incredible run outs, one while lying on the floor having fielded off his own bowling.

Archer’s T20 success continued during the English summer as Sussex surged to the Vitality Blast final – he took 22 scalps in 15 outings including a last-over hat-trick against Middlesex when one of his victims was England one-day skipper Eoin Morgan.

Speaking in June, Morgan dismissed Archer’s hopes of a World Cup call-up should the eligibility rules permit it, saying: “Is it too late if he did qualify at the start of next year? Yes, I think it is. Providing everybody is fit, I think it is.” 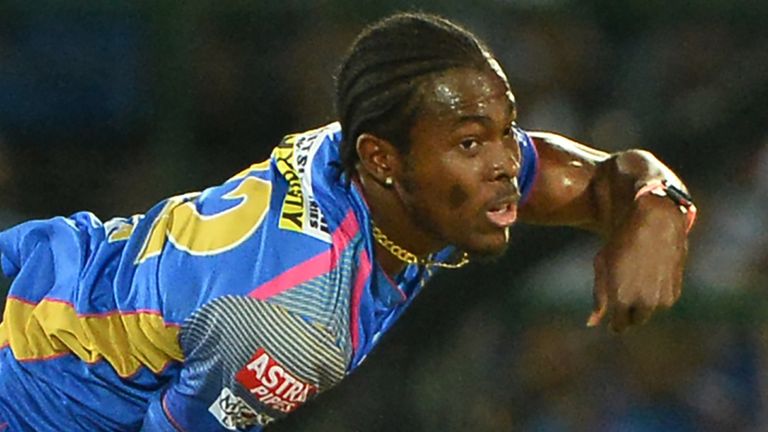 Morgan was talking from a position of strength with his side flying in one-day cricket and since those comments England have gone on to annihilate Australia, edge India and see off Sri Lanka to extend their winning run in bilateral ODI series to nine.

A couple of those will probably miss out on World Cup selection, so adding Archer’s name to the mix could cloud matters further, but while England may not need him to the win the World Cup, his x-factor and pace could be hard to ignore come the crunch.

That may also be true of the Test side going forward where there remains a spot for a scorching seam bowler who can rough up the opposition, particularly away from home, where that void was glaring as England surrendered the Ashes rather meekly in 2017-18.

Archer’s white-ball exploits may have taken precedence and got the likes of Dale Steyn and Michael Vaughan salivating, but he has been an instrumental figure for Sussex in red-ball cricket, with 131 wickets in 28 first-class games to date, albeit in Division Two.

Been keeping a keen eye on Jofra Archer whilst playing for Sussex (tipped by Will Davis)
Playing BBL now, this kid is gana be special! ???

He snared 61 wickets in 13 matches in 2017 and then 41 in eight in 2018 after having his season on the south coast truncated by his IPL deal, while his batting stands up, too, with an average over 31, six fifties and a top score of 81 not out.

Barbados’ loss has been Sussex’s gain since he signed for the club in 2015 and it will not be too long before England are the latest beneficiaries of a talent Sussex director of cricket Keith Greenfield is adamant can become “world class”.

Archer, though, is remaining calm: “I’m a bit excited, however that doesn’t guarantee I’ll be selected this year or for anything upcoming as yet.

“If it happens, it happens, but I don’t want to think too far down the line. I’ve still got lots of cricket to play even before then so it makes no sense dwelling on that.

“England are doing well in everything and I think it will be hard to squeeze my way into the team. As long as I look after my performances they should look after me with selection.”

England may soon have another base well and truly covered.