The Eagles' Beckenham facility required urgent improvement because it received the lowest possible score from the Food Standards Agency following an inspection in August. 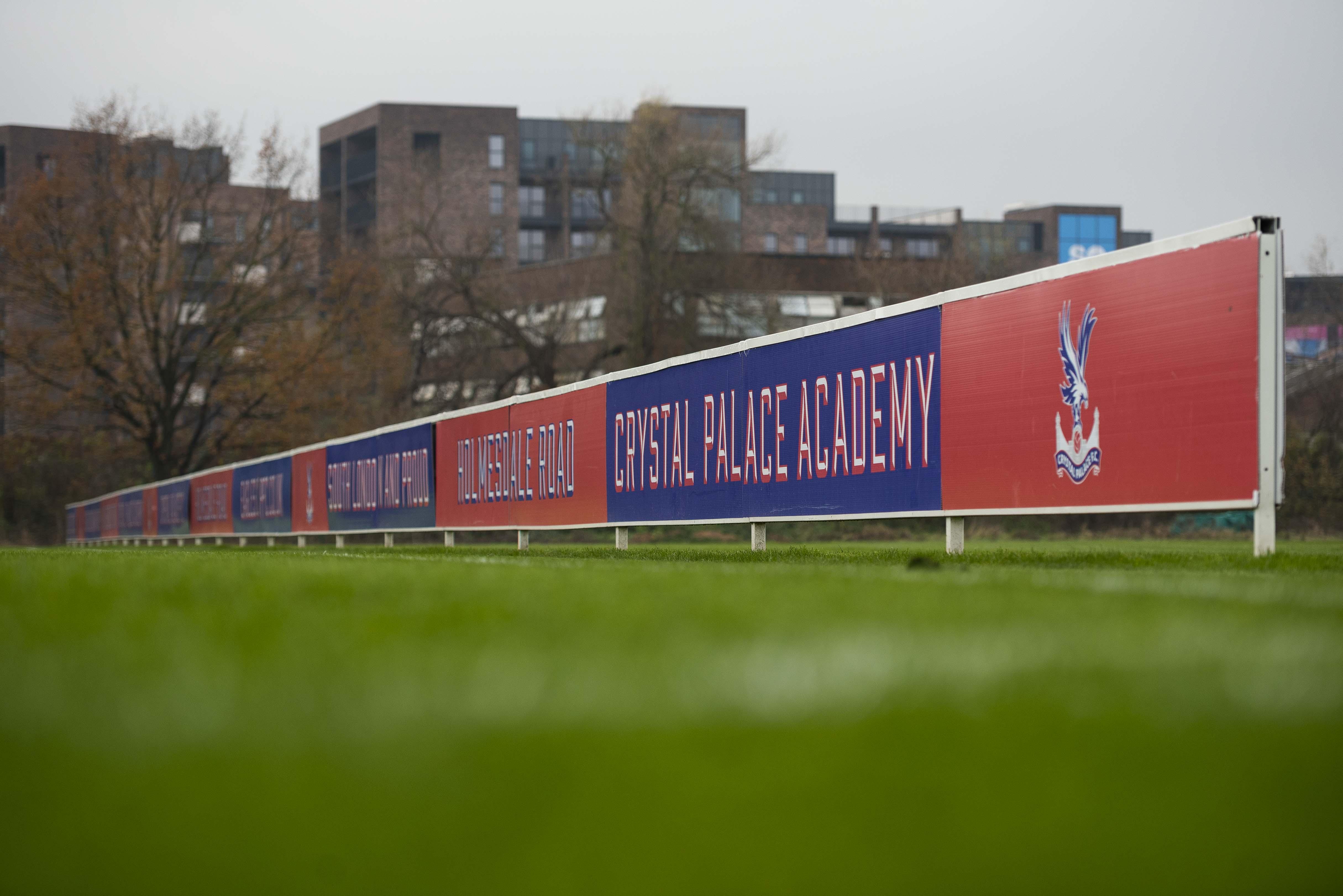 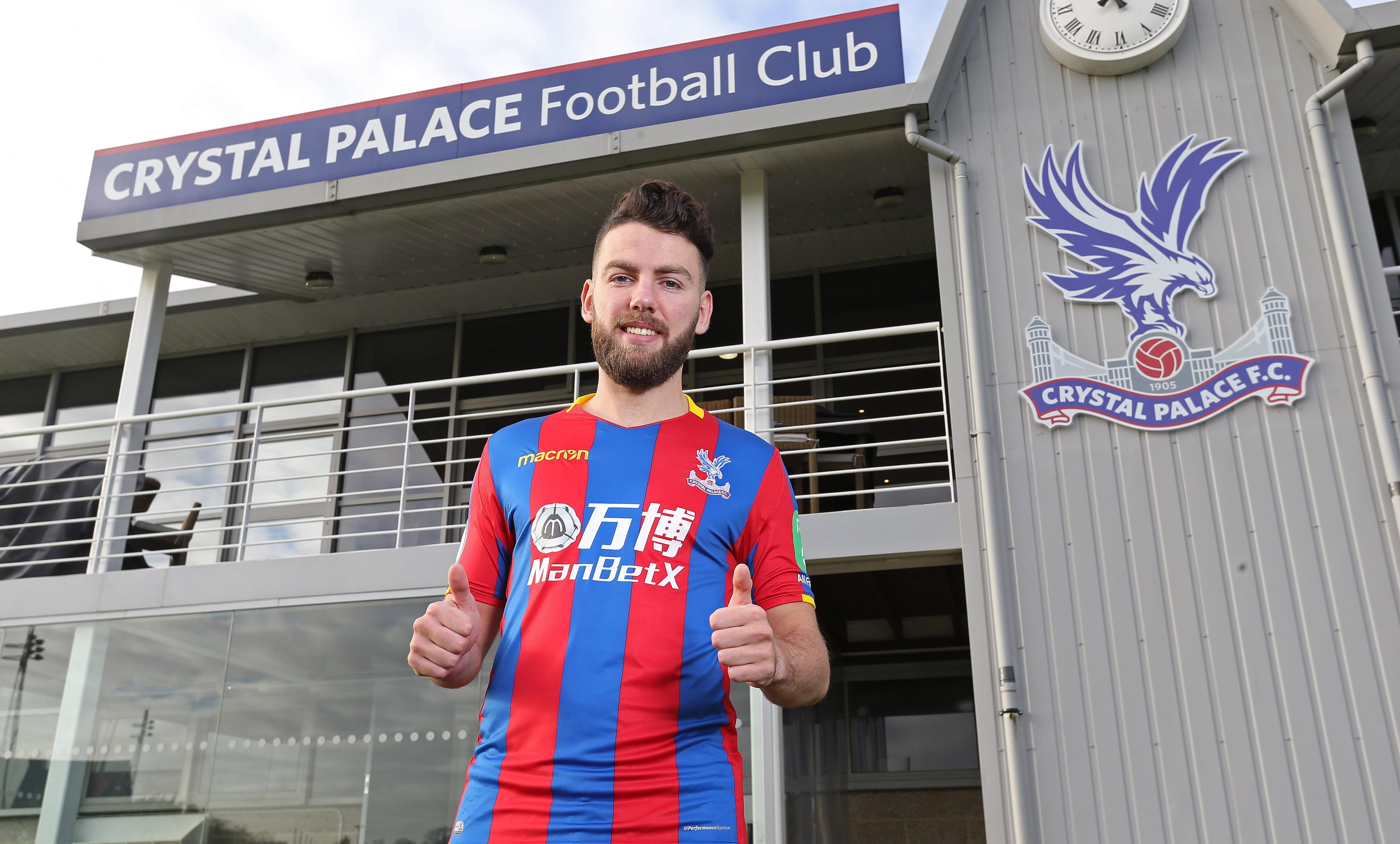 A Freedom of Information request by Kent Live meant the report was released by Bromley Council.

It said that the club had "failed to ensure the safety of staff".

Palace's catering facilities needed major improvement in the hygienic food handling and management of food safety categories as well as improvements in the cleanliness and condition of facilities and building.

In the report, the investigating environmental health officer said: “You have been given a food hygiene rating of zero.

“This is because the conditions found at the time of inspection were unacceptable. 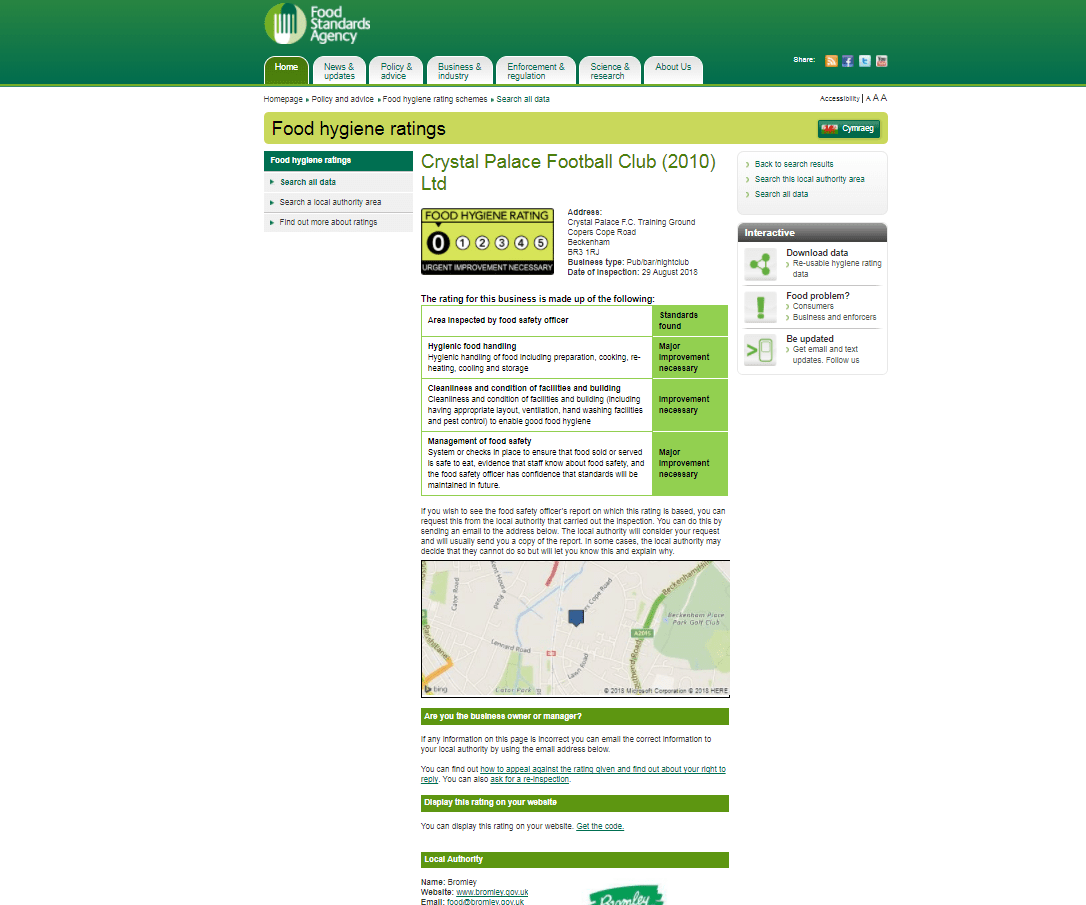 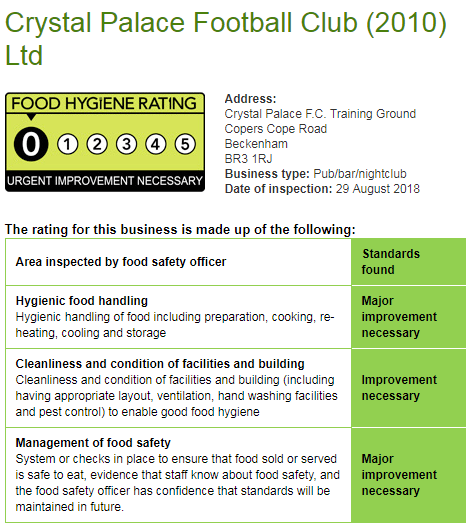 “Personally, I am disappointed as you have failed to ensure the safety of the food you are producing and feeding your staff."

The Premier League club were forced to bring in pest control contractors and told "formal action" could be taken if improvements are not made.

Mice droppings must be removed while any washing up must be completed by the end of the day and no left overnight.

The report also read: “It is clear that you haven’t managed the problem effectively and the activity has been ongoing for several months.

“You agreed to voluntarily close the kitchen for a few days to address this matter.

“Appropriate treatment methods must be used to eliminate these pests.”

Crystal Palace say they have taken steps to solve the various issues.

A club statement said: "We invested substantially in the training ground over the summer, upgrading facilities for our players and staff, and immediately took action to remedy the issues highlighted in the kitchen area following the works.

The food hygiene rating is publicly available on the Food Standards Agency website and is correct as of December 4 2018.