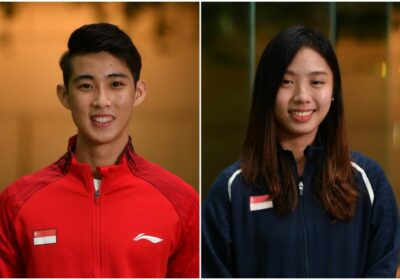 While the qualification period closes only on June 15, the BWF had confirmed in May that there would be no further tournaments due to the coronavirus pandemic. This had led to the postponement of the May 11-16 India Open and May 25-30 Malaysia Open and the cancellation of the June 1-6 Singapore Open.

As a result, Loh and Yeo secured their Olympic spots by virtue of being 18th and 17th in the Race to Tokyo men’s and women’s rankings respectively, with 38 places allocated for each singles event.

Loh, 23, said: “It is an honour to be able to represent Singapore at the Olympics, and I will do my best to make the nation proud.”

Both shuttlers are looking forward to making their Olympic debuts when the Tokyo Games open on July 23, and Yeo, 22, added that they have been training hard despite the Covid-induced upheaval that has limited competition opportunities.

It is understood that the duo will leave for Japan in July.

In a Facebook post, the Singapore Badminton Association said: “We are 100 per cent sure Kean Yew and Jia Min would do their best and do all of us proud.”

He wrote: “Really happy for these two, as they will now take their places among the world’s best shuttlers. I met them a few months ago on court, as they were training hard, and looking so well – I am sure this news would have brought an even bigger smile to their faces!”

The confirmation of the shuttlers’ participation means Team Singapore currently have 18 athletes across nine sports who have qualified for the Tokyo Olympics.