Behati Prinsloo shares never-before-seen photos of her wedding dress, which husband Adam Levine ripped so she could dance better 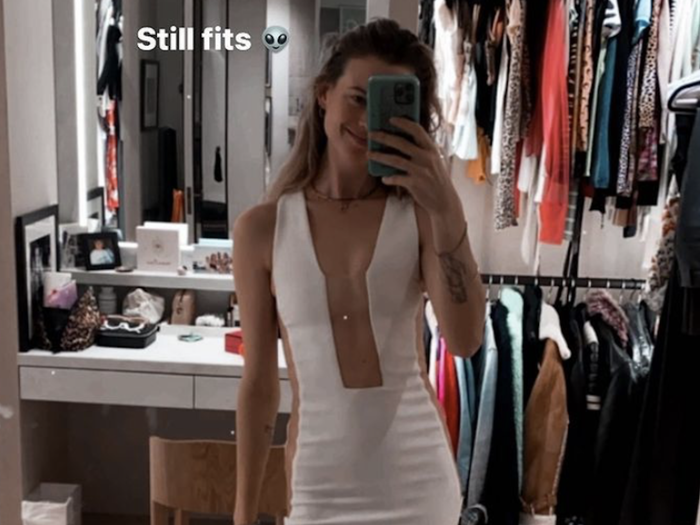 Behati Prinsloo Levine took a walk down fashion memory lane in honor of Alexander Wang's 37th birthday on Saturday, giving fans a look at her wedding dress for the first time.

Prinsloo married Adam Levine in 2014, but the duo have been tight-lipped about their nuptials in the years since they tied the knot.

But when Prinsloo, 32, took to her Instagram story to celebrate Wang's birthday, she decided to share never-before-seen photos of the dress he designed for her wedding reception.

"So many memories together!!! Including my wedding day," Prinsloo captioned a photo of herself and Wang on her Instagram story.

She then shared multiple, never-before-seen photos of the statement gown that appeared to be taken at her dress fittings.

The sleek, stark-white gown has a neckline that dips all the way to Prinsloo's navel. Statement cutouts on the side of the dress make it a showstopper, as the openings go all the way to her mid-thighs. Both the cutouts and the neckline are covered in sheer fabric.

"I'm still not over it," Prinsloo wrote of the dress.

The model said the stunning gown still fits her in a separate post to her Instagram story after a fan prompted her to share the last photo she had taken on her phone.

Prinsloo has given birth to two children in the six years since she originally wore the dress.

The model also pointed to a rip in the dress' skirt in the same post to her Instagram story, which wasn't part of the original design.

"Adam ripped it so I could dance better," she explained.

Prinsloo and Levine have been together since 2012. Prinsloo gave birth to the couple's eldest daughter Dusty Rose in 2016, and their second daughter Gio Grace joined the family in 2018.