The mum made the sickening discovery of her "big chested" sister in a folder as she looked for an old recipe. After confronting him he claims to have been hacked – but she later realised the image was a screenshot of a video.

The unnamed woman has taken to Mumsnet to seek advice after making the horrifying discovery, which also included other photos of her sister’s cleavage.

She said: “She came on holiday with us a few years back.

“Started with two of her cleavage in a bikini and then found one of her naked. 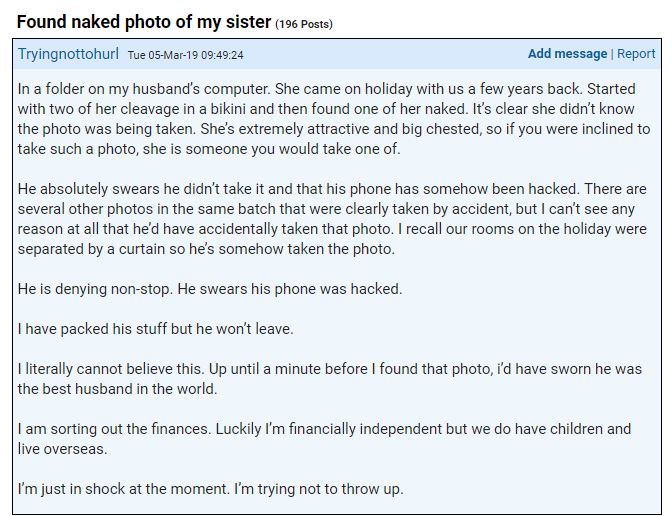 “It’s clear she didn’t know the photo was being taken.

“She’s extremely attractive and big chested, so if you were inclined to take such a photo, she is someone you would take one of.”

She confronted her husband, who is protesting his innocence, saying he was ‘hacked’.

The woman, who lives overseas with her family, continued: “He absolutely swears he didn’t take it and that his phone has somehow been hacked.

“There are several other photos in the same batch that were clearly taken by accident, but I can’t see any reason at all that he’d have accidentally taken that photo.

“He is denying non-stop. He swears his phone was hacked. I have packed his stuff but he won’t leave. “I literally cannot believe this. Up until a minute before I found that photo, I’d have sworn he was the best husband in the world."

As she probed the images further, she realised the photo was taken in a bathroom from a low angle – prompting people to ask whether her children took it by mistake, although others added the cleavage shots don’t fit with that theory.

She wrote: “Holiday was about 5 years ago. It’s a back-up file of all the photos from his phone. It was last opened (or whatever…) in 2016.

“I want to think maybe my young daughter was in the bathroom with my sister and playing with the phone, but I don’t honestly believe that." 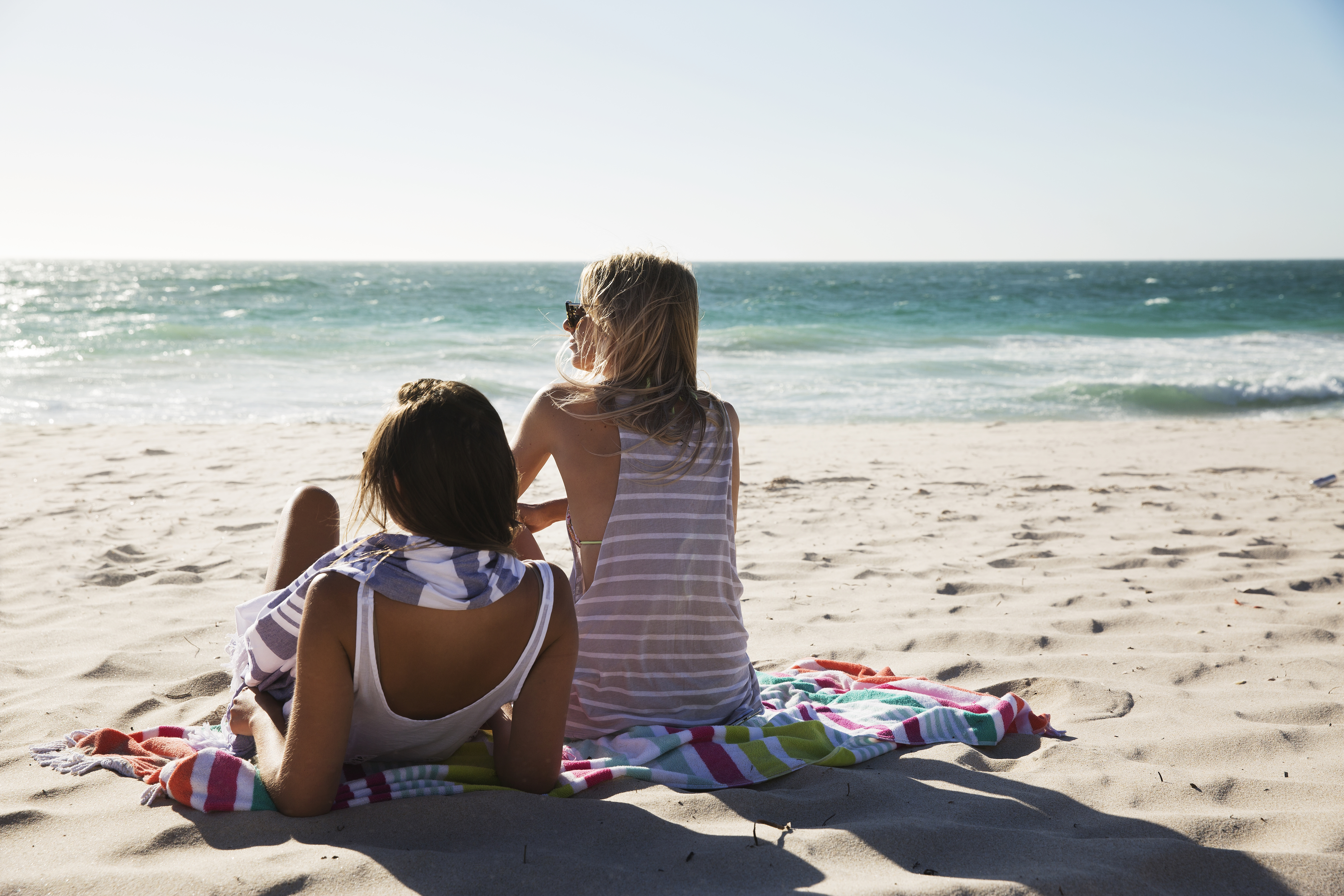 Others questioned how he would have been able to take a picture of her inside the bathroom, with some people suggesting he may have set up hidden cameras.

The plot thickened further when the woman realised the image was a screenshot from a video editing app.

Advice ranged from calling the police to searching for the image online, but all agreed the woman should tell her sister, which she eventually did.

The post has racked up nearly 200 comments, with one person saying: “Tell him your phoning the police now so he either leaves quietly or by force after they’ve arrested him.”

This person said: “He's clearly set up the phone in the bathroom to video your sister, and edited the footage afterwards.

“In your shoes I would tell her and ask her to press charges. I wonder where he has other hidden cameras.”

A third wrote: “Total bulls*** about his phone being hacked.

“Regardless of whether he took the photo or your DD, for it now to be in a folder on his computer, he must have uploaded it.”

While this person wrote: “How the hell can anyone blame a child for taking this footage when ITS BEEN EDITED ON AN APP!!”