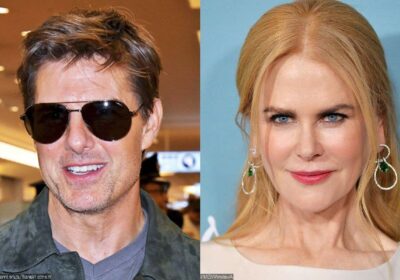 The 54-year-old ‘Big Little Lies’ alum calls out the female journalist during an interview with The Guardian to promote her new movie ‘Being the Ricardos’.

AceShowbiz –Nicole Kidman is not happy when she’s asked about her marriage to Tom Cruise. After a journalist brought up her ex-husband’s name during an interview, the “Big Little Lies” alum dubbed the question “sexist.”

The 54-year-old called out the reporter during an interview with The Guardian to promote her new movie, “Being the Ricardos“. The actress, who stars as Lucille Ball, first discussed the late star’s relationship with Desi Arnaz.

“You can’t make people behave how you want them to, and sometimes you’re going to fall in love with someone who isn’t going to be the person you spend the rest of your life with. And I think that’s all very relatable,” the Oscar winner further explained. “You may have kids with them. You may not, but they were very much in love.”

The female journalist later asked Nicole “with exquisite care” whether she was referring to her marriage to Tom. Taken aback by the question, the “Nine Perfect Strangers” star replied, “Oh, my God, no, no. Absolutely not. No. I mean, that’s, honestly, so long ago that that isn’t in this equation. So no.”

Getting “angry,” Nicole stressed. “And I would ask not to be pigeonholed that way, either. It feels to me almost sexist, because I’m not sure anyone would say that to a man.” She continued, “And at some point, you go, ‘Give me my life. In its own right.’ “

Nicole and Tom were married for 11 years from 1990 to 2001. They adopted two children together, Isabella (29) and Connor (26). Nicole is now married to Keith Urban. The couple shares two daughters together, Sunday Rose (13) and Faith Margaret (11).