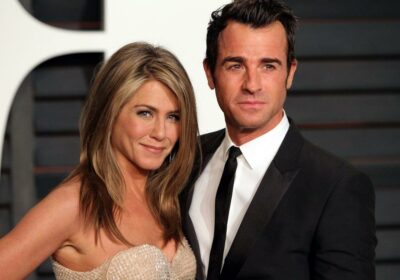 Three years ago, celebrity couple Jennifer Aniston and Justin Theroux called it quits after seven years together. Though the couple announced their breakup in a joint statement, neither star revealed what caused them to go their separate ways, which ultimately sparked much speculation and rumors.

Now, Theroux is opening up about the split, dispelling the ongoing rumors about why he and Aniston divorced in a new interview.

Before becoming romantically involved, Aniston and Theroux were good friends who met each other in 2007 through their mutual pal, Ben Stiller.

However, it wasn’t love at first sight for the Friends star as she thought Theroux looked “like a serial killer” when they first crossed paths.

Eventually, Aniston warmed up to Theroux, and the two maintained a close friendship until 2011 when things got serious between them.

After working on the 2012 film Wanderlust together, Aniston and Theroux started dating. Three years later, they tied the knot in a secret ceremony at their home in Bel Air.

Though it seemed like Aniston had finally found her happily ever after, her relationship with Theroux, unfortunately, didn’t last long. At the end of 2017, the couple decided to get a divorce, which they announced in a joint statement in February 2018.

Justin Theroux dispels rumors about his and Jennifer Aniston’s breakup

Since they didn’t reveal the reason behind their breakup in the statement, rumors surrounding the actors’ split immediately began to swirl through the internet.

Although many rumors about why Aniston and Theroux broke up circulated online, the main speculation that lingered was that the couple had split because they wanted to live on opposite coasts.

While fans were convinced this was the main reason behind the former couple’s divorce, Theroux recently debunked this rumor.

During a new interview with Esquire magazine, the Charlie’s Angels: Full Throttle actor opened up about his split from Aniston, sharing that the ongoing rumor surrounding their divorce is anything but true.

“That’s a narrative that is not true, for the most part,” he told the publication. “Look, people create narratives that make themselves feel better or simplify things for them. That whole: ‘This person likes rock’ n’ roll, that person likes jazz. Of course!‘ That’s just not the case. It’s an oversimplification.”

Where do things currently stand between Jennifer Aniston and Justin Theroux?

While he didn’t say what actually led to their divorce, Theroux did share where he currently stands with Aniston three years after their breakup.

“I would say we’ve remained friends,” he revealed, noting that though he and Aniston “don’t talk every day,” they still call each other over FaceTime and text occasionally.

“Like it or not, we didn’t have that dramatic split, and we love each other. I’m sincere when I say that I cherish our friendship,” Theroux explained. “We can not be together and still bring each other joy and friendship. Also, she makes me laugh very, very hard. She’s a hilarious person. It would be a loss if we weren’t in contact, for me personally. And I’d like to think the same for her.”