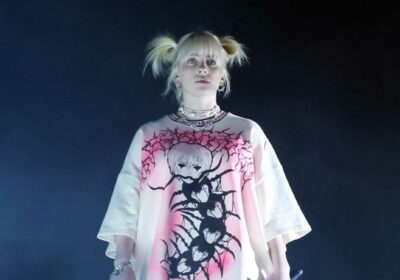 Billie Eilish performed at the Governors Ball in New York City over the weekend, and took a moment to interrupt her set and straight-up call out security because they weren’t “paying attention” to the crowd—which, as you can tell from the below video—was HUGE:

“Security, why aren’t you paying attention?” Billie said in the middle of her “Happier Than Ever” performance, according to Page Six. “Like, for real. One job, please.” She then checked in on her fans, saying “Everybody good? Are you okay?” 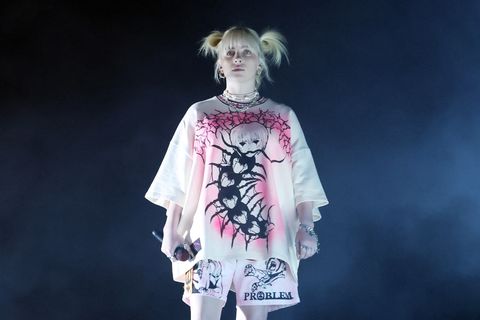 Billie recently told Elle Magazine that she misses live touring, and said that it’s her favorite way to feel connected to fans—explaining that she’s burned-out by social media. “I’m jealous of people who don’t have it,” Billie explained. “I really wish that there was a way to avoid it. Literally delete my account but still have contact with the fans. I want to be able to have both, but you can’t.”

Billie also opened up about how some fans haven’t responded well to her changing style, saying “People hold on to these memories and have an attachment. But it’s very dehumanizing.” She added that people have struggled particularly with her hair (she’s currently blonde), explaining that “The other day, I posted a video from when I had green hair, and I saw people go, ‘I miss this Billie, the green-haired Billie. I’m still the same person. I’m not just different Barbies with different heads.”

Yep to that. Anyway, TBD on what made Billie uncomfortable in the crowd at Gov Ball, but glad everyone is seemingly fine!