Yvette Cooper said backing Sir Keir Starmer to replace Jeremy Corbyn was a ‘hard decision’ because she has ‘always argued it’s time we had a Labour woman leader’.

Ms Cooper, who was tipped as a potential successor to the current Labour leader before ruling herself out of the race, said she believes Sir Keir is best placed to ‘get us out of the hole that we’re in’.

Sir Keir is the only male candidate remaining in the leadership contest as he battles it out with Rebecca Long-Bailey, Lisa Nandy, Jess Phillips and Emily Thornberry for the top job.

Ms Cooper defended her decision to back Sir Keir during an interview with Emma Barnett on BBC Radio 5Live today. 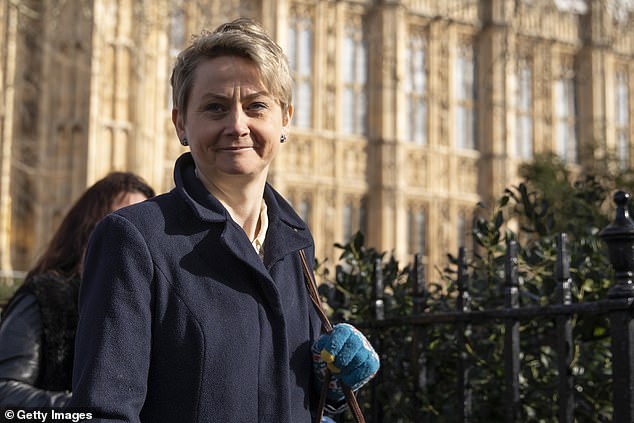 She said: ‘There’s lots of strong women standing… you know it’s been a hard decision for me as well about who to nominate in this race because I have always argued it’s time we had a Labour woman leader and we also need a Labour woman prime minister.

‘We are not going to get any of that unless we also have a way to turn around the problems Labour are facing at the moment, and so I nominated Keir Starmer and Angela Rayner because I think they are the best people to get us out of the hole that we’re in.’

The first phase of the leadership contest came to a close yesterday as MPs finished nominating their chosen candidates.

All those who secured the backing of at least 22 MPs made it into the second phase of the contest.

That will see candidates having to secure the nominations of five per cent of the almost 300 constituency Labour parties (CLPs) or three Labour affiliates – of which at least two must be trade unions – in order to make it onto the final ballot of party members. 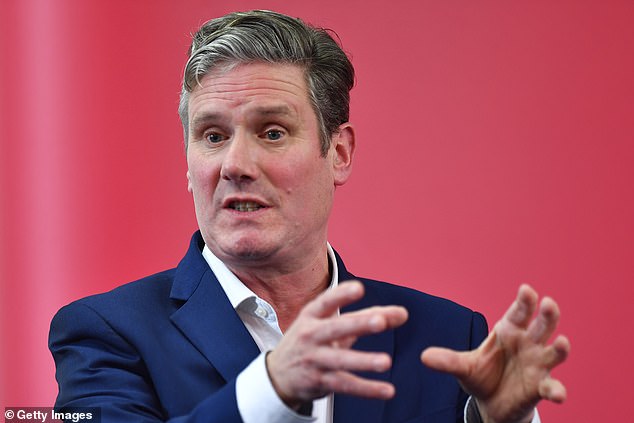 Sir Keir Starmer, pictured in Manchester on January 11, is the current favourite to be the next Labour leader

Ms Cooper said the party needed to elect the ‘best person’ to take over from Mr Corbyn after he led Labour to its worst general election results since the 1930s.

Ms Cooper, a former Labour frontbencher, added: ‘It’s been a hard decision for me to do that, but we are in a hole – we need to find the best person.

‘So it’s been weighing up all the strengths and all the people when you have a lot of talented people standing.’