A disturbing clip shows eight men in black hoodies kicking and punching each other at the side of a busy road in the north-west London. 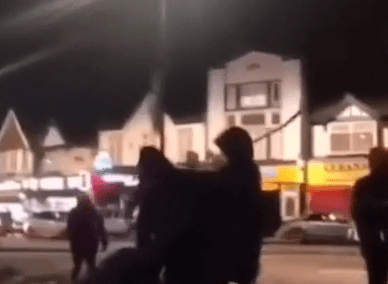 Thugs are seen running past each other before one man chases another to a grassy patch at the side of the road and another starts beating him with a massive pole.

An onlooker then shouts out: "Hey hey hey", in a bid to stop the violence.

Thugs can be seen trying to kick the man back into the bushes before they swagger off, one dropping the metal pole on the pavement. 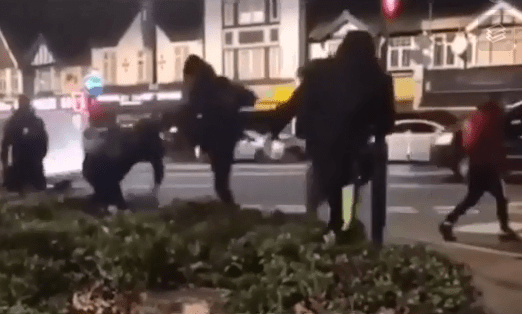 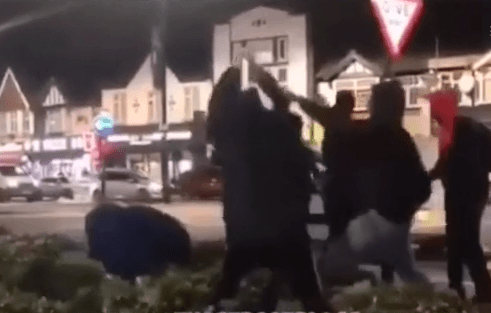 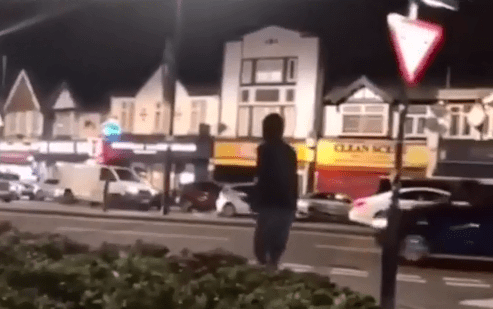 The clip surfaced on social media this weekend but it's not known why and when the fight took place.

The footage has appeared at the end of a year in which a rise in violent crime has been highlighted as one of the biggest issues to hit the UK.

Dozens of people have been fatally stabbed in the capital since the beginning of this year as latest figures show knife crime has soared to seven-year high.

Knife and gun offences are "disproportionately concentrated" in London and other metropolitan areas, where the number of homicides overtook last year's toll weeks ago.