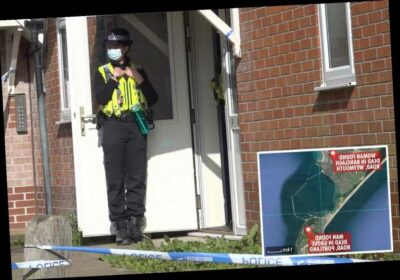 A MAN's body has been found after a woman was stabbed to death in a suspected murder-suicide.

Police say the woman was found with multiple stab wounds an hour before the man was found dead a separate address in Weymouth and Portland in Dorset yesterday. 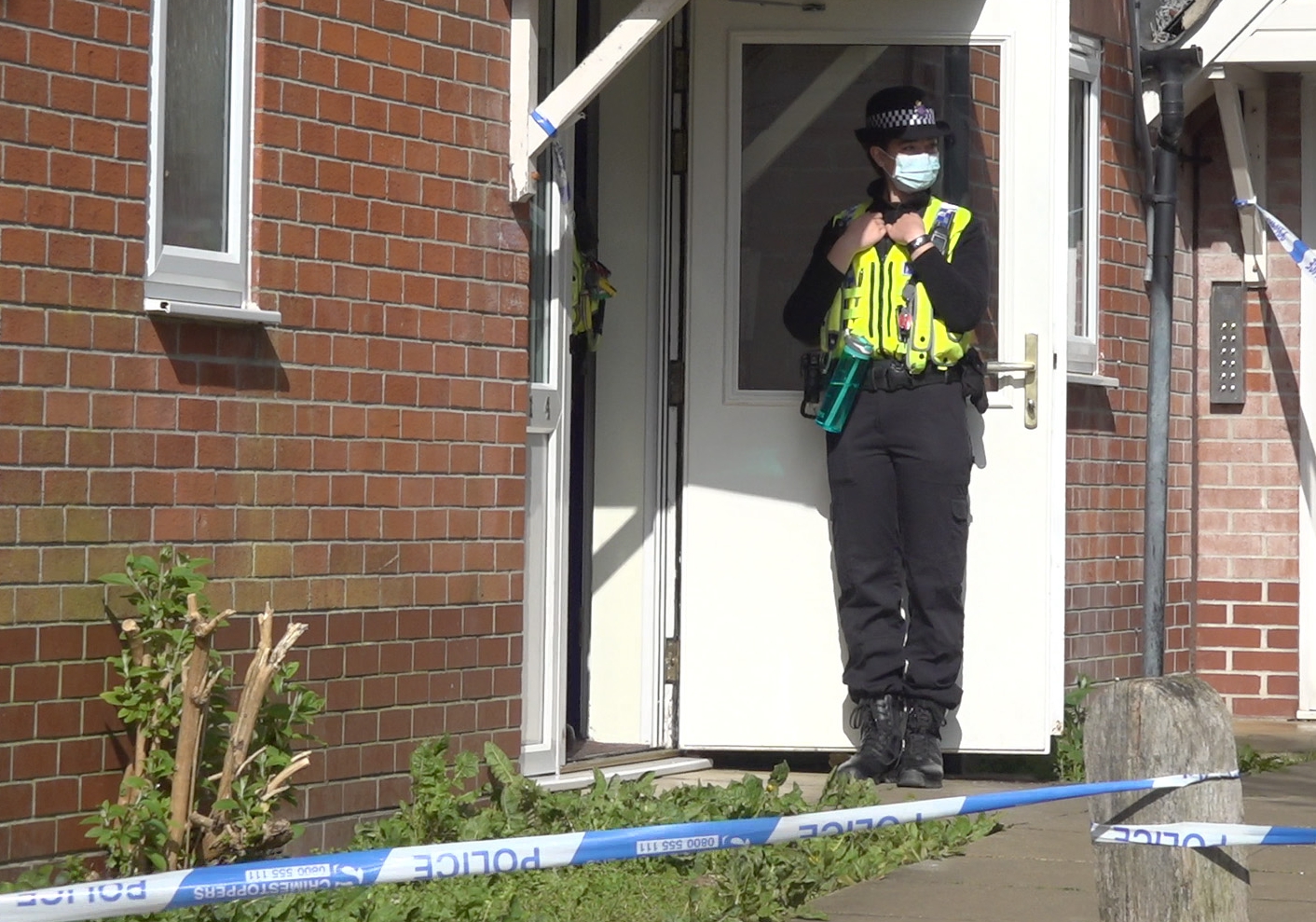 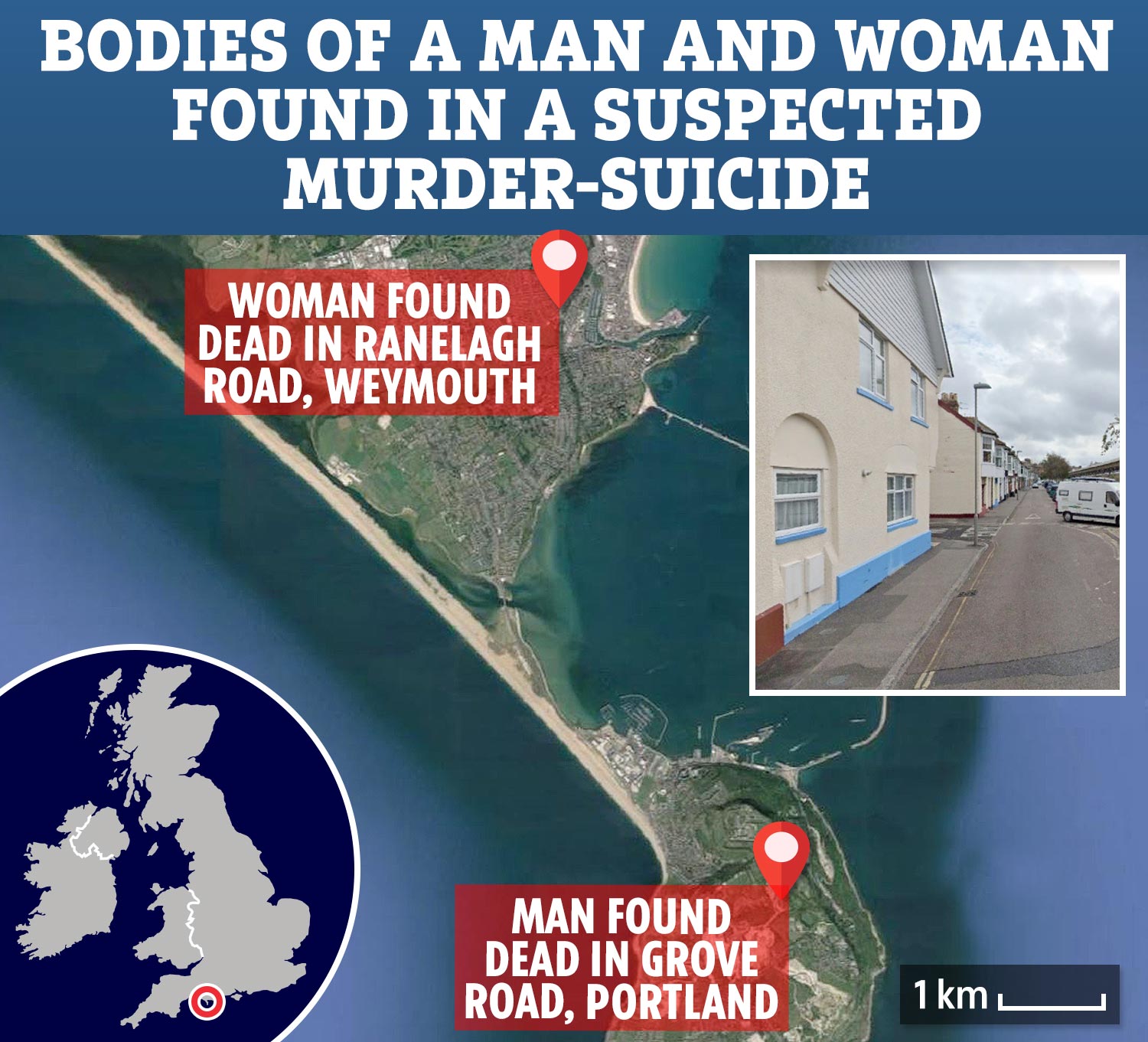 Officers were called at 5.40pm to reports that a woman was injured at an address in Ranelagh Road in Weymouth, but she was pronounced dead at the scene.

Her death is being treated as suspicious and an investigation is underway to establish the full circumstances surrounding her death.

Cops say a post-mortem examination has indicated that the cause of death was multiple stab wounds and neck compression.

In a dramatic twist, officers investigating the death then visited another address on neighbouring Portland where a man, known to the deceased, was also found dead.

At around 6.40pm police attended the property in Grove Road and located the body.

Following enquiries and a post-mortem examination, the death is not being treated as suspicious.

The families of both the man and the woman have been informed. 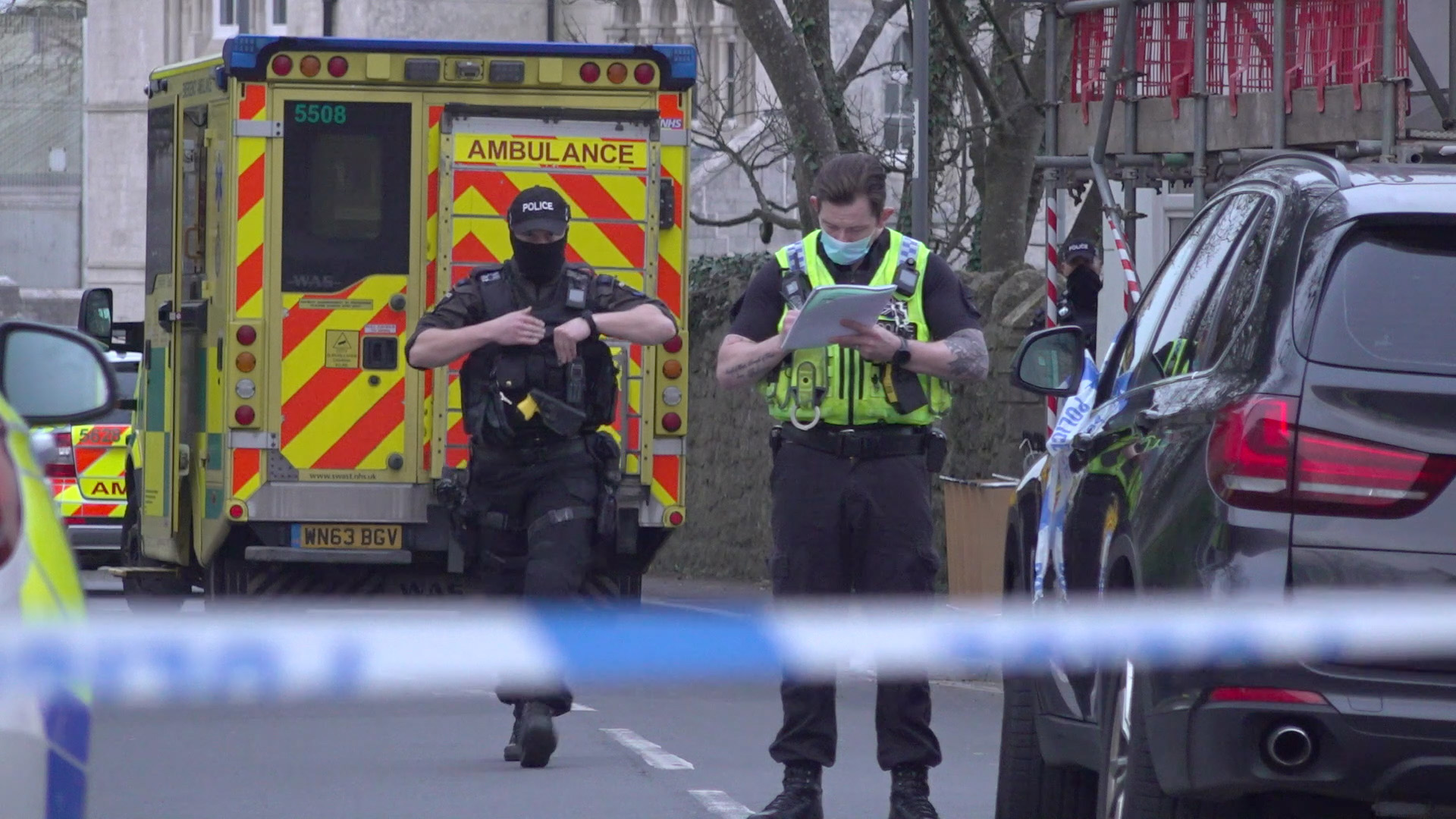 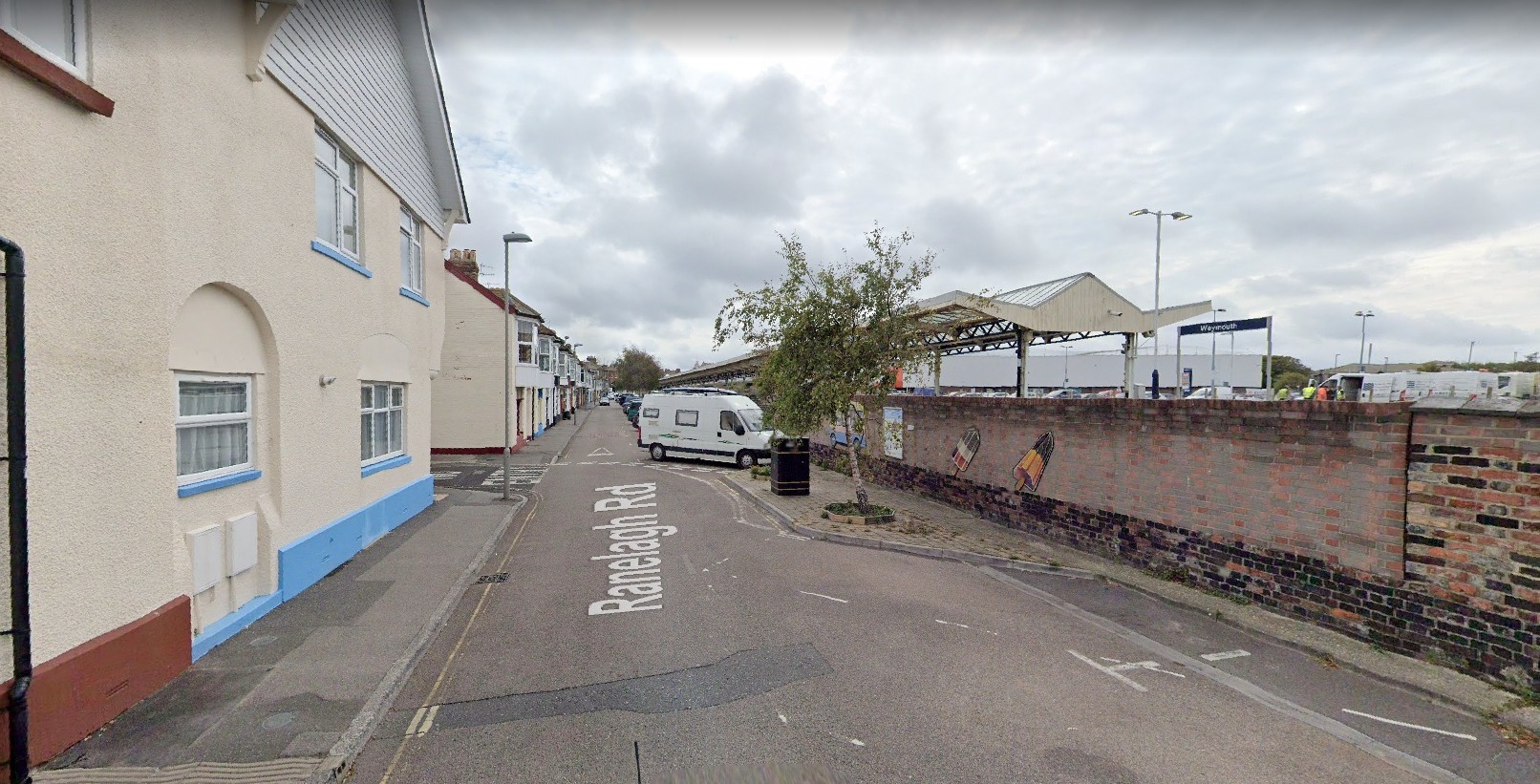 Dorset Police had contact with one of the individuals involved on the day before the incident.

A cordon remains in place at Ranelagh Road in Weymouth to allow officers to carry out detailed enquiries at the scene. The cordon at Grove Road on Portland has been lifted.

Detective Inspector Wayne Seymour, of the Major Crime Investigation Team, said: “We are continuing to investigate the circumstances of both deaths, which are being treated as linked.

“The families of both the woman and the man are continuing to be kept updated and are being supported by specially-trained officers.

“I would like to renew my appeal for anyone who witnessed or heard anything suspicious in the area of either Ranelagh Road or Grove Road during the afternoon of Thursday 1 April 2021 to please contact us.

“Local officers are carrying out patrols and can be approached by members of the community with any concerns.”

Neighbours in Weymouth were stunned when officers descended on a block of flats a short distance from the iconic seafront yesterday evening.

One resident, in her 30s, said: "The police were everywhere last night and came to my door to ask me questions.

"Whatever has happened, it’s absolutely tragic and my heart just goes out to her family and friends." 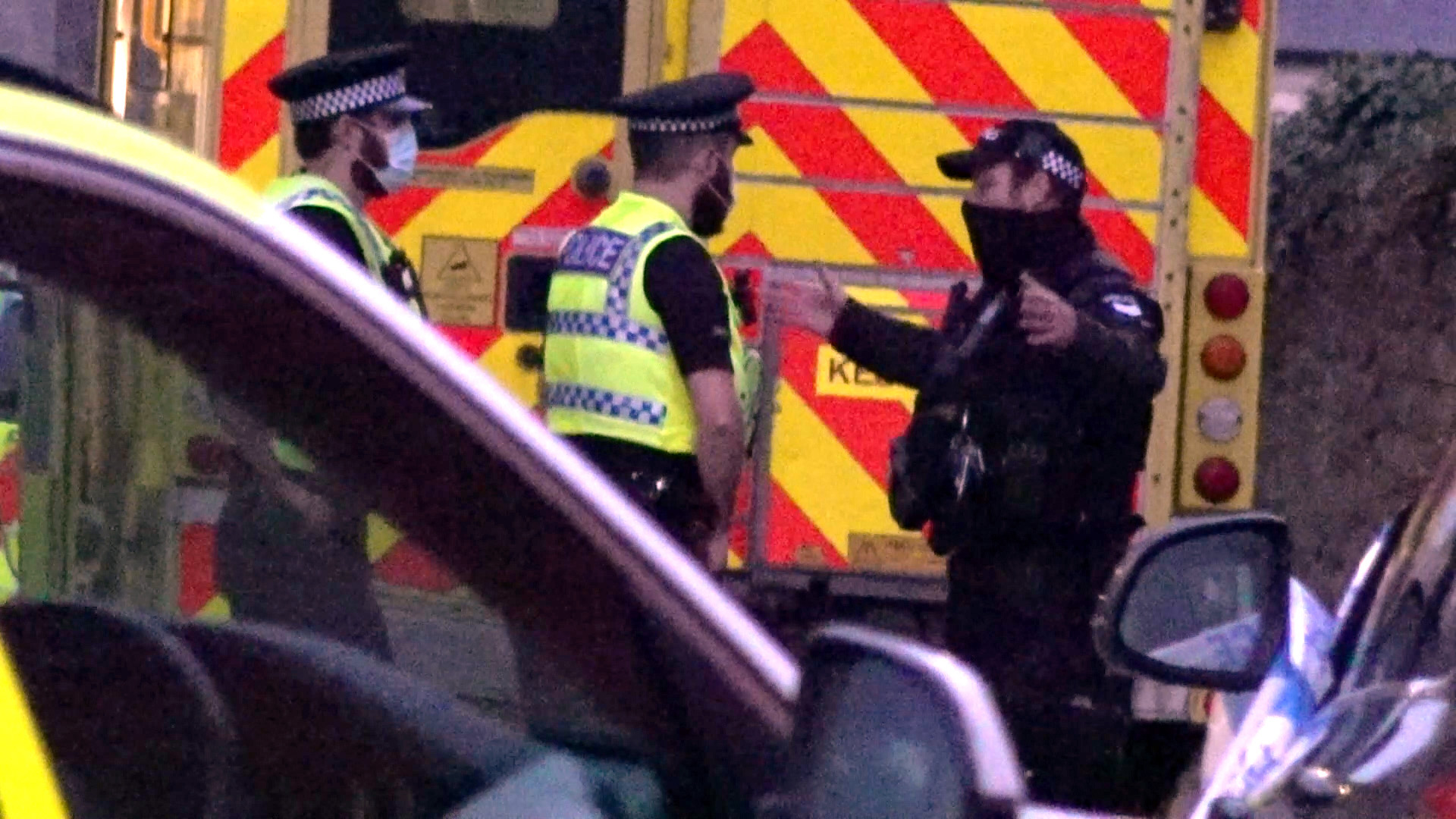 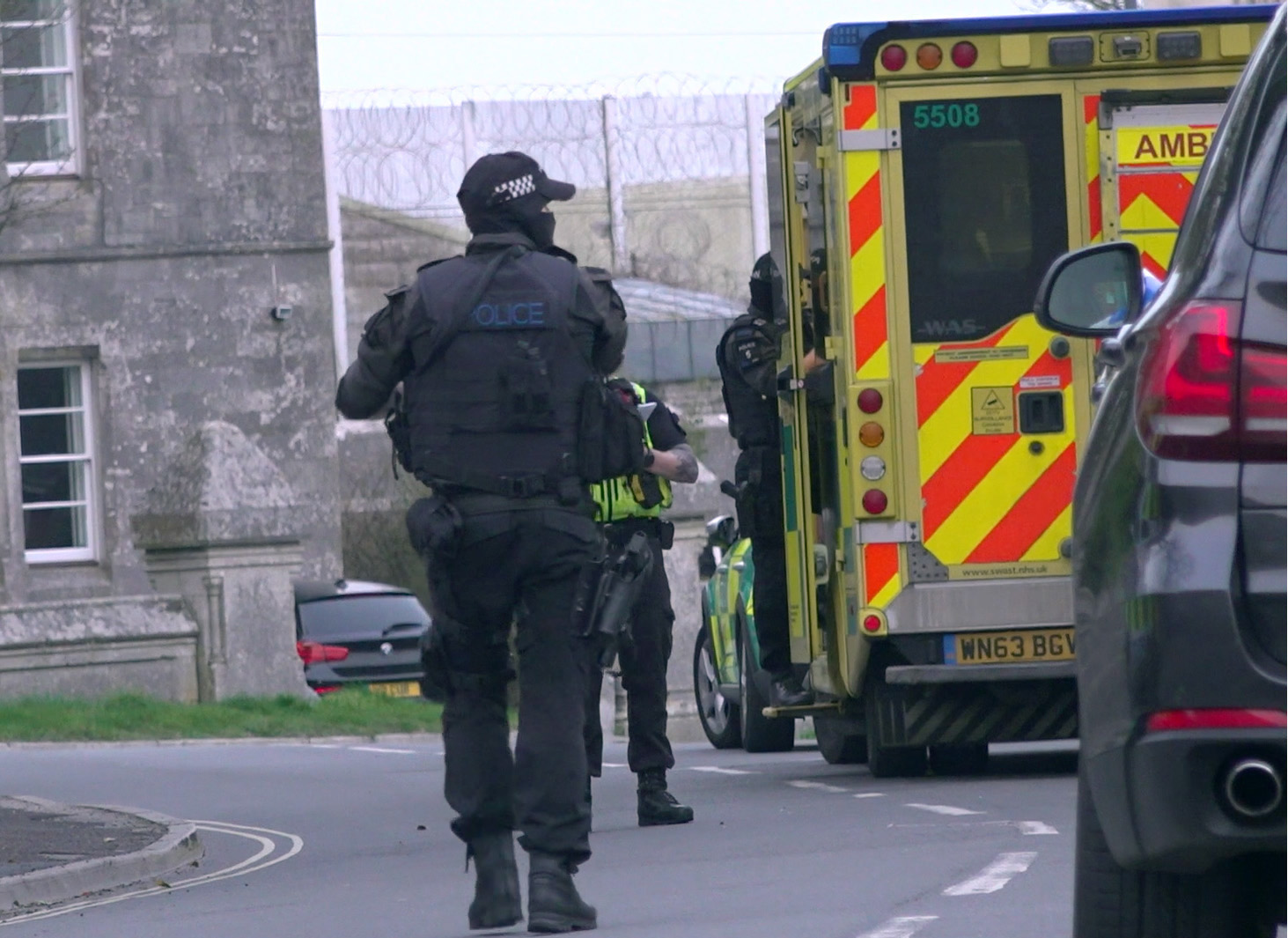 And locals described the dramatic moment when armed police smashed down the door in Portland to find the man inside.

One man, in his 80s, said he heard officers shouting "he's bleeding" before paramedics rushed in.

He added: "It was just like something you’d see on the TV – not what you expect on your own doorstep."

Anyone with information is asked to contact Dorset Police online or by calling 101, quoting occurrence number 55210051727.