Belgian woman Petra van Kalmthout has gone public with the bizarre story which happened to her three years ago to warn other contact lens users of the risks. 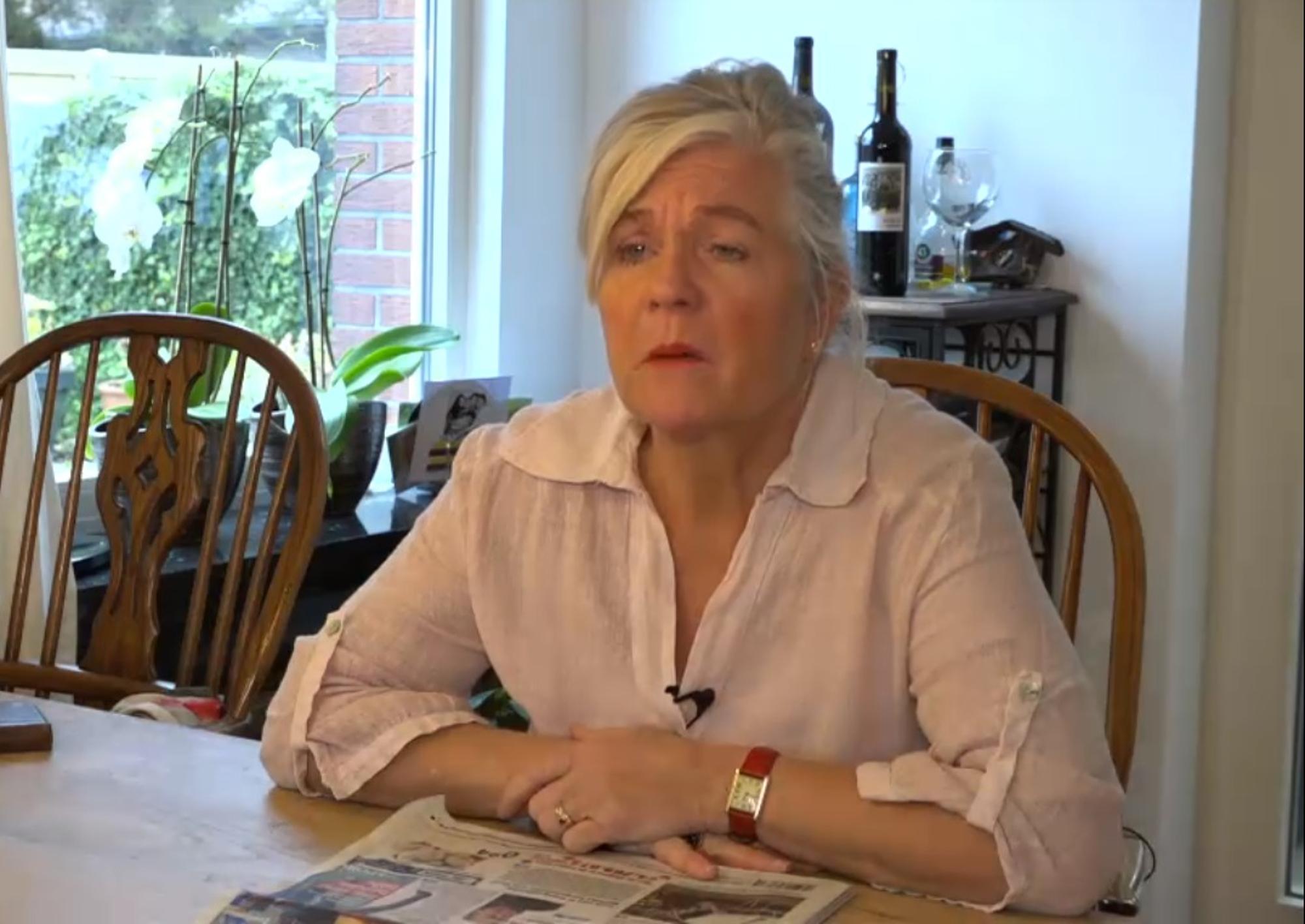 It went all wrong for Petra during a sailing trip on holiday when she took a shower while wearing her contact lenses.

She said: "I came back on Saturday from holiday. I had a party and in the evening my eye hurt a bit. I immediately took out my contact lens. I threw it away.

“The next day my eye was red and was even more painful."

Petra went to see her GP and visited several eye doctors, who prescribed her some eye drops and creams. 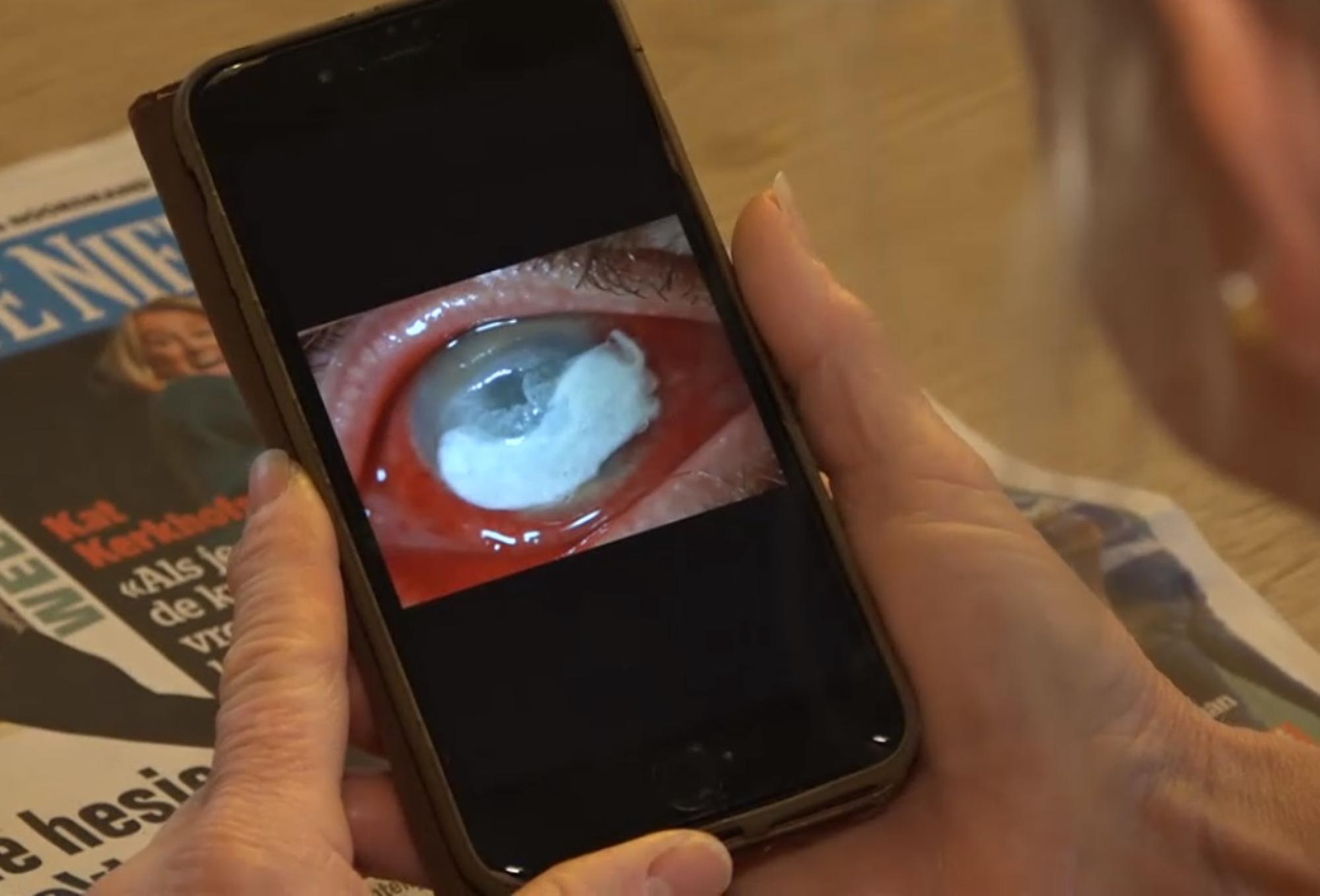 When the medicines failed to work Petra headed to the university hospital of Antwerp, where doctors found she had a parasite in the cornea of her right eye.

By that time Petra had already lost almost all of her sight in her eye as the pain became unbearable.

The culprit turned out to be an acanthamoeba parasite, which is not dangerous unless it becomes stuck between a contact lens and the cornea of an eye.

The minuscule parasite nestles itself in a cocoon on the cornea and affects the entire eye.

A special kind of eye drop with chlorine can kill the parasite, although this came too late for Petra.

After two failed surgeries to rescue her eye Petra had to make a tough call to remove her right eye. 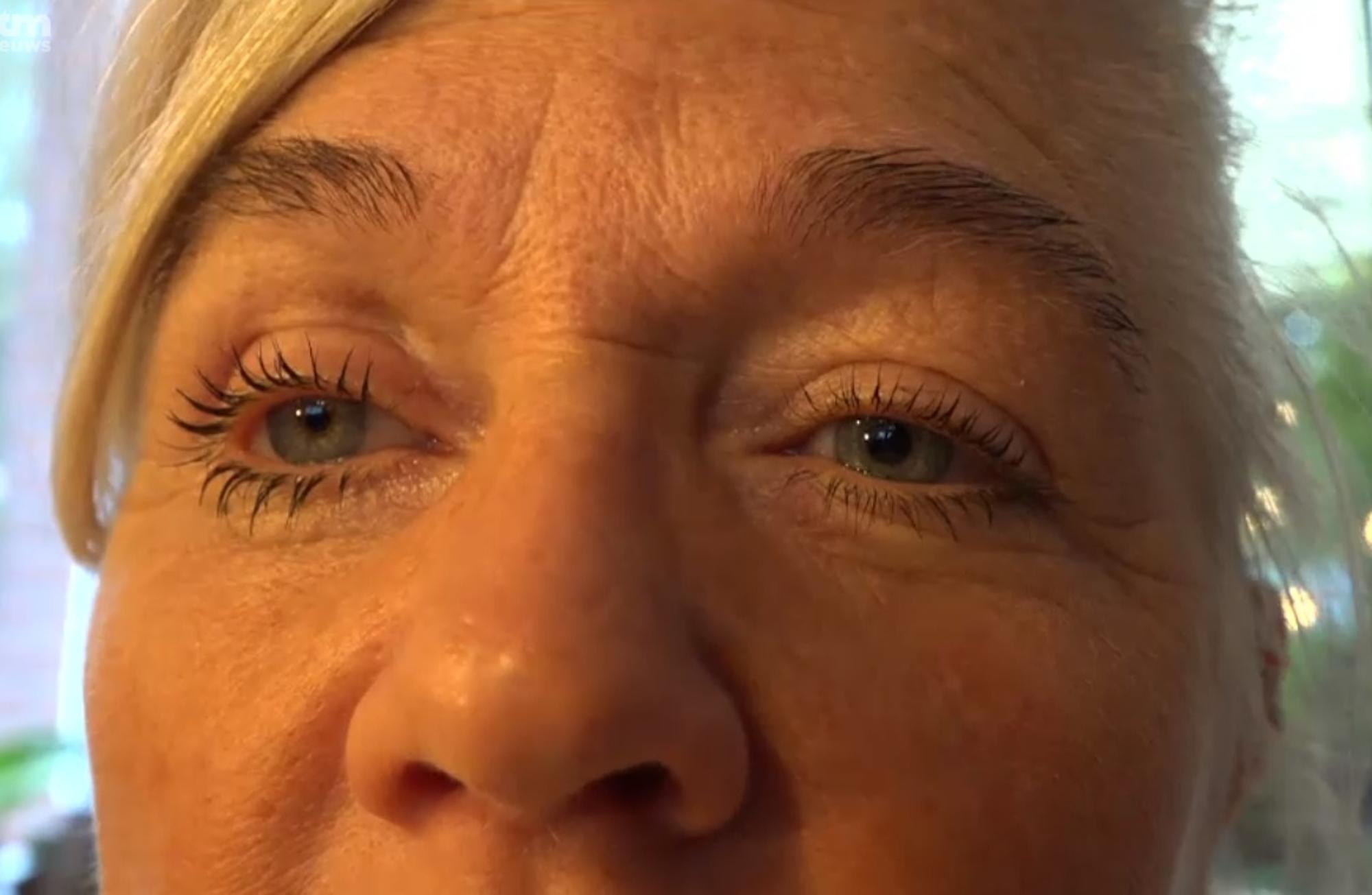 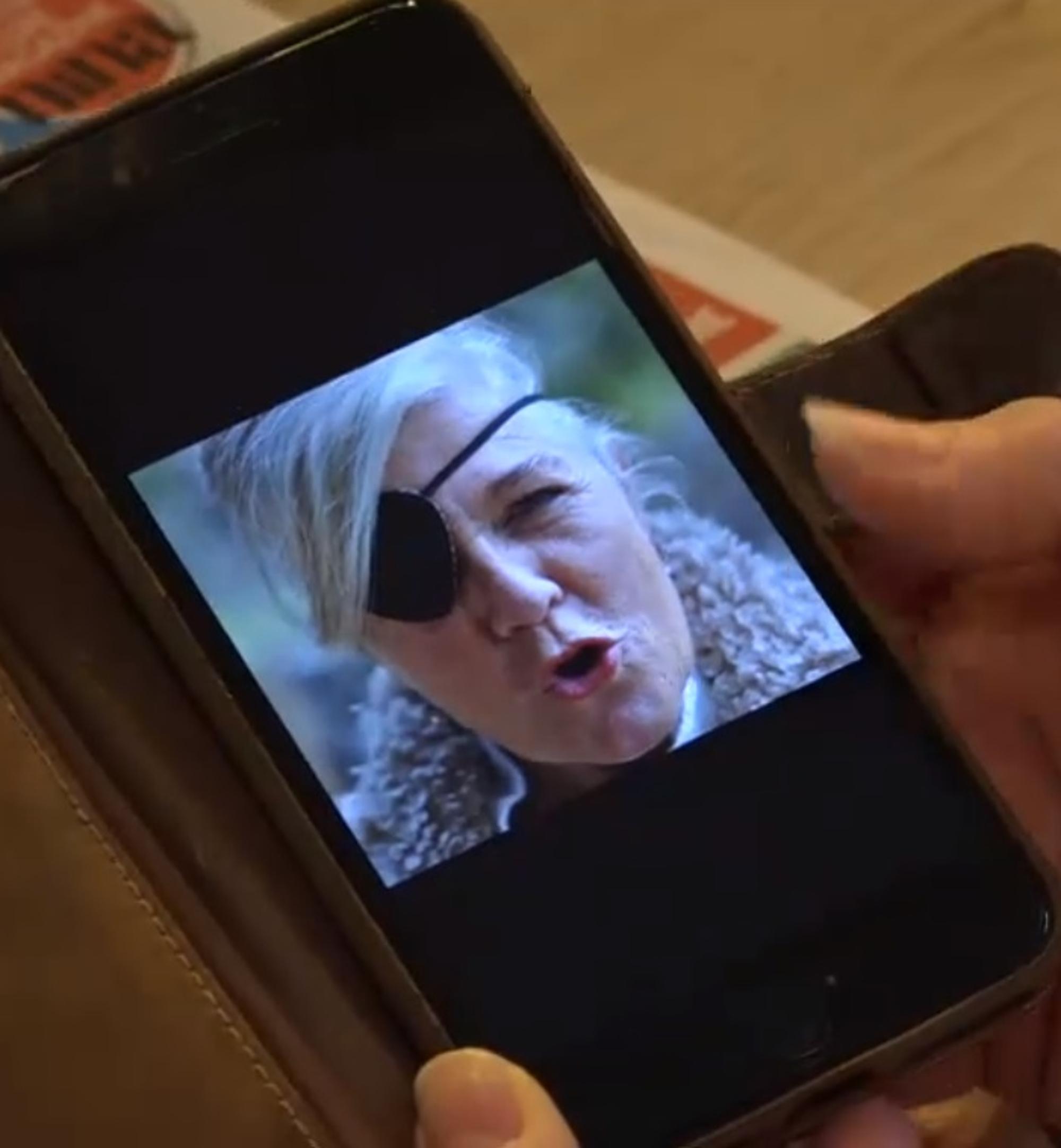 She said: "When I had my eye removed it was the end of a period with pain. And yes, that you then have to live your life with an eye patch is a choice which you consciously make."

Petra has recently received an ocular prosthesis and no longer needs to wear an eye patch, although she will remain blind in her right eye for the rest of her life.

Each year around 45 people in Belgium get the acanthamoeba parasite, although it rarely has the same dramatic consequences that befell Petra.

The organism is usually found in bodies of water such as lakes but also swims in domestic tap water, swimming pools, hot tubs, soil and air and affects contact lens wearers.

Acanthamoeba keratitis (AK) is an infection of the cornea caused by a microscopic organism called Acanthamoeba.

The parasite is usually found in bodies of water (lakes, oceans and rivers) as well as domestic tap water, swimming pools, hot tubs, soil and air.

Humans come into contact with them when we wash, swim and drink water but they can cause a serious eye disease if they infect the cornea.

AK is most common in people who wear contact lenses, but anyone with a corneal injury could develop the infection.

Doctors advise against taking a shower or swimming while wearing soft contacts and say those who do so do need to throw them away immediately afterwards.

There is much less of a risk for those wearing hard contact lenses as those repel water.

In all cases, contacts should be cleaned with special cleaner solution and not with tap water.

Petra said: "The water that comes out of the tap can cause a lot of suffering. For three years my eye determined my life.

"Now that I finally have a prosthesis I can grab life in my hands again. I will start by going a night out dancing."

Earlier this year, a mum went blind in one eye after a parasite wriggled behind her contact lens while she was in the shower.

Suzanne Dunne was left with a severe pain in her eye after the worm ate its way through her cornea.

She was rushed to hospital where medics had to pour bleach into her eye every day for 16 days to kill the infection.