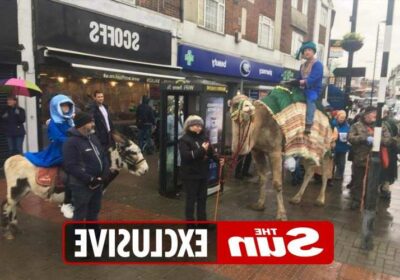 VEGAN activists are trying to ban a nativity procession — because it features a live camel.

The Christmas parade is a favourite for families who line the street to see Mary, Joseph and the Three Wise Men. 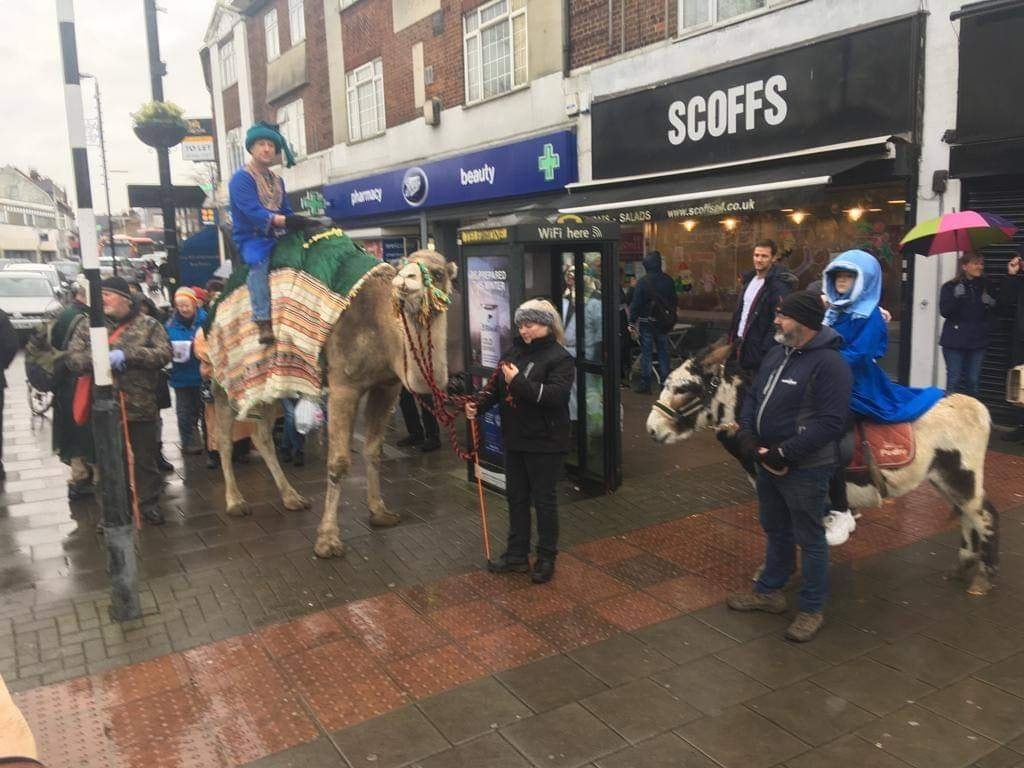 But this year, vegans and animal rights activists have got the hump — because the parade includes a live camel and donkey.

Campaigners are planning to hijack today’s event and have started a petition to try to stop the use of the animals.

They moaned: “Help to educate these morons as to why we don’t park camels and donkeys in the street to be harassed by children.”

Organiser Anthony Thompson — lead minister of the True Life Baptist Church — hit back at the activists and vowed the procession will go ahead.

He told The Sun: “I can’t understand why people are signing a petition about this. Views may be changing, but we won’t be getting rid of the camel or donkey.

“People leave dogs locked up at home for hours and hours every day, yet they don’t get a petition. So why are they targeting us?”

The procession will feature a wise man on the back of the camel, with a young girl playing Mary riding on the donkey.

The other two wise men and Joseph will walk alongside.

One furious resident in Chingford, North East London, said: “Mary rode on a donkey to the stables where she had Jesus — nobody complained then. This is woke at its worst.

“They are trying to ban a nativity. It’s disgraceful.”

The nativity event has been a fixture of the church’s calendar for the past four years, but say this is the first time activists have tried to stop it going ahead.

A petition to local Tory MP Iain Duncan Smith to halt the use of animals in the procession has more than 400 signatures.

Another activist added: “Leave the animals alone in peace where they normally reside please.

“A procession can be colourful and entertaining without. Its the 21st century not the 1800s.”