Britain’s largest ice rink has started to melt after the UK enjoyed some of its warmest ever December weather.

Temperatures reached 61F (16C) in London yesterday as the surface of the main rink at Winter Wonderland in Hyde Park turned to water – with a smaller rink’s inch-deep puddles soaking customers and workers clearing it.

One visitor described the £42-a-family site – which has remained open – as ‘more like a water park than an ice rink’, while an employee admitted: ‘Our ice chilling machines can’t cope with such warm temperatures.’ 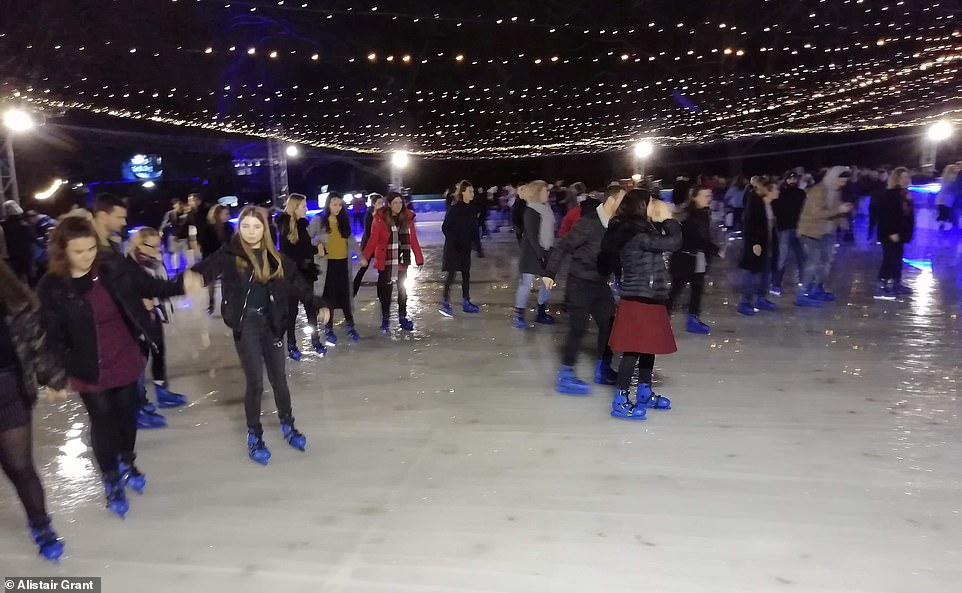 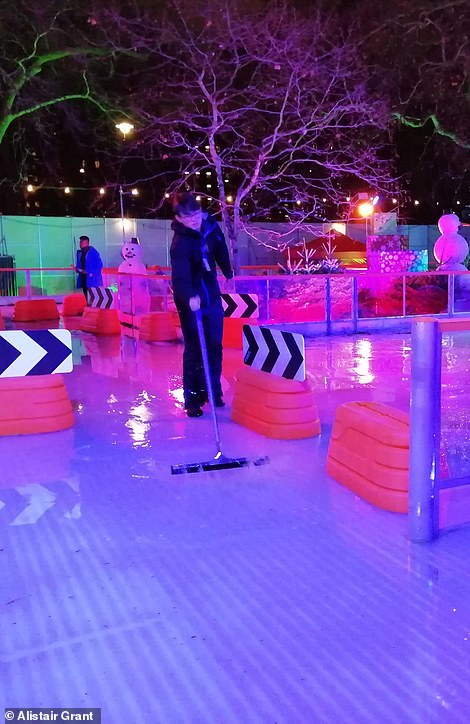 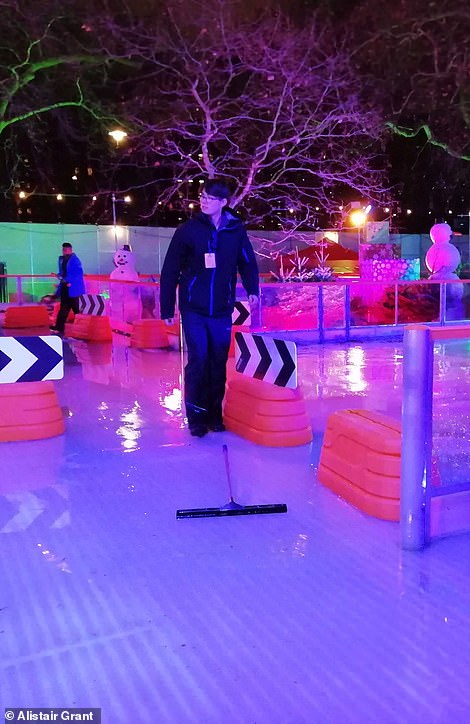 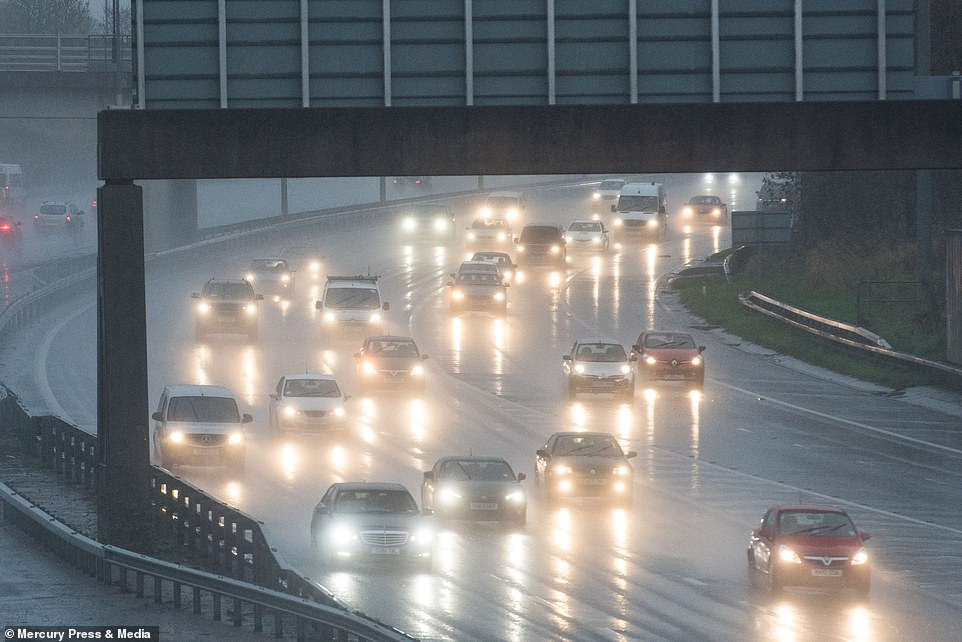 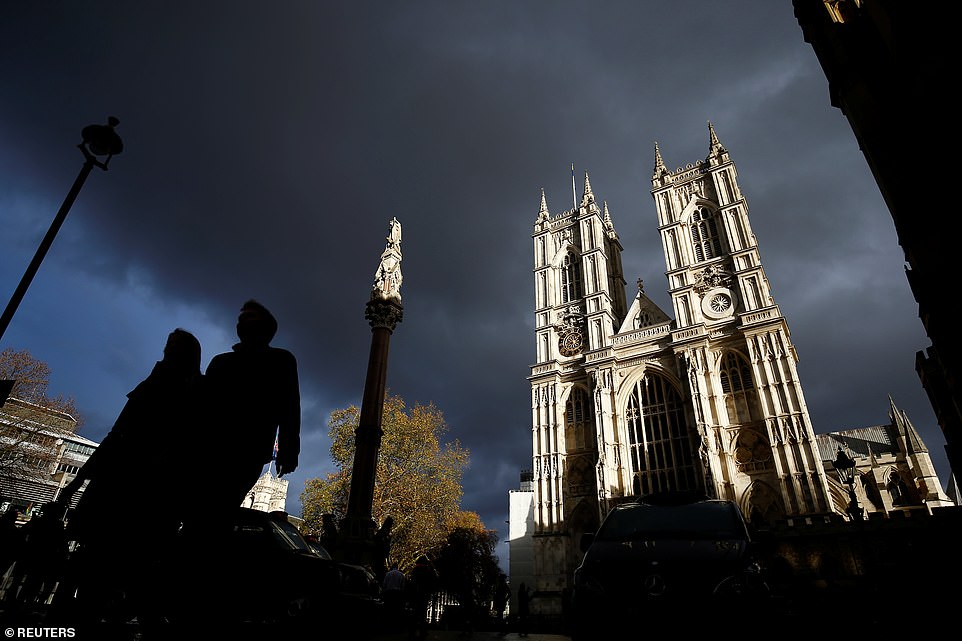 But the Met Office warned of blizzards and snowdrifts as up to 8in (20cm) of snow hits the Pennines tomorrow, with flakes also expected to fall in parts of the Peak District, Wales and southern Scotland.

An ice warning has been issued for western Scotland from midnight until 10am tomorrow, with forecasters expecting ‘hazardous road conditions’ in the morning rush hour and injuries from people falling on icy surfaces.

Met Office forecaster Dean Hall said: ‘There’s a chance of down to -6.7C, with Scotland coldest but -3C or lower in sheltered parts of the South. Travel conditions could be nasty over the Pennines with possible blizzards and drifts.’

The cold snap for Scotland is just a taste of things to come this month, as it finds itself on the cold side of the jet stream. Northern coastal areas, including Orkney, will see wintry showers developing during the day today. 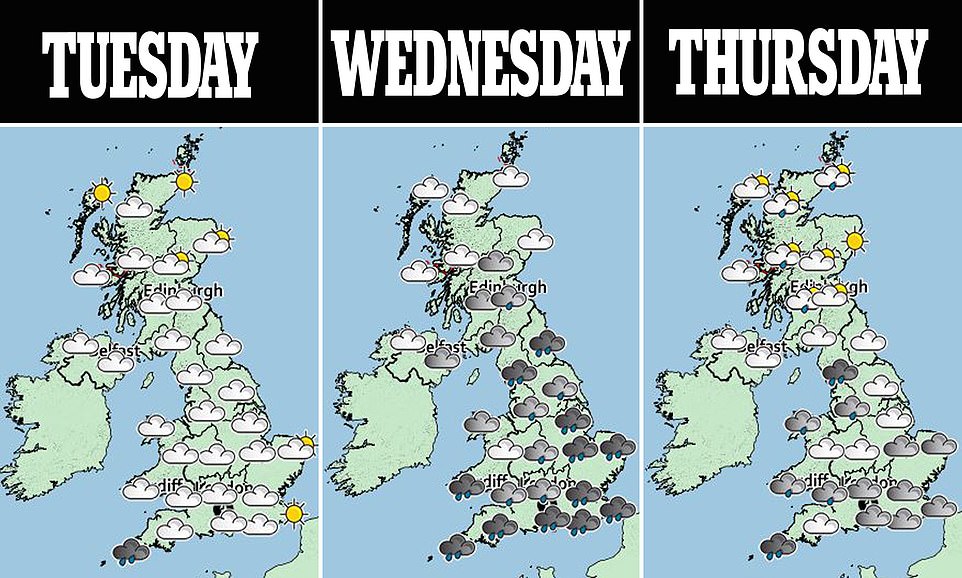 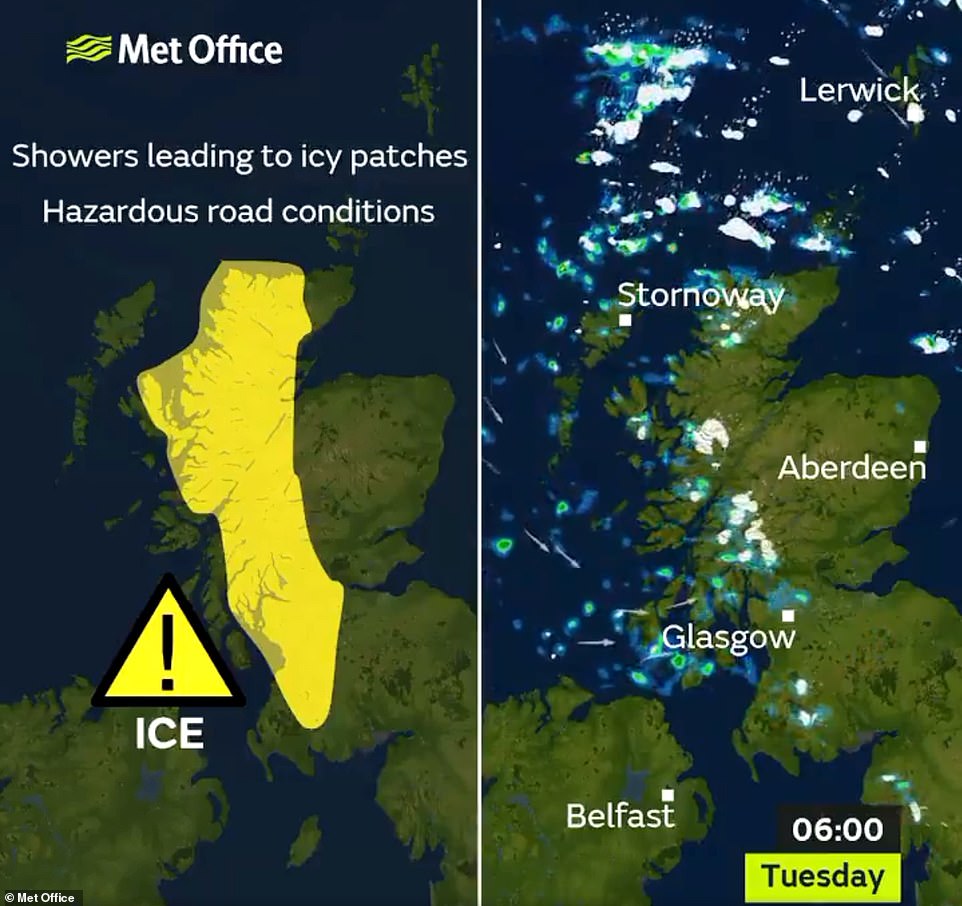 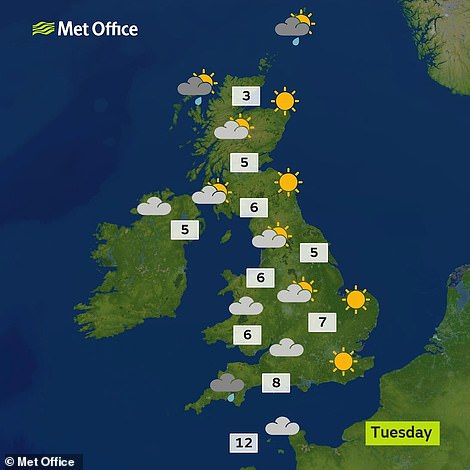 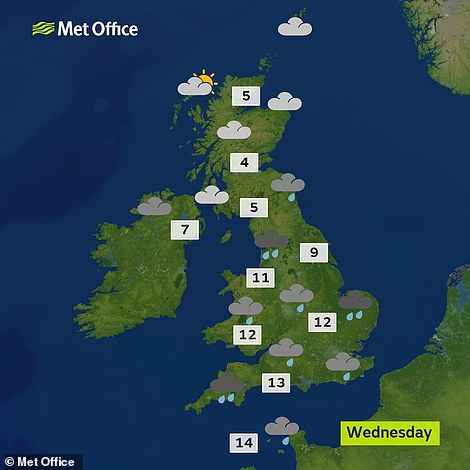 Tomorrow is expected to be chilly for most parts of Britain with snow possible in some areas, while Wednesday will be wet 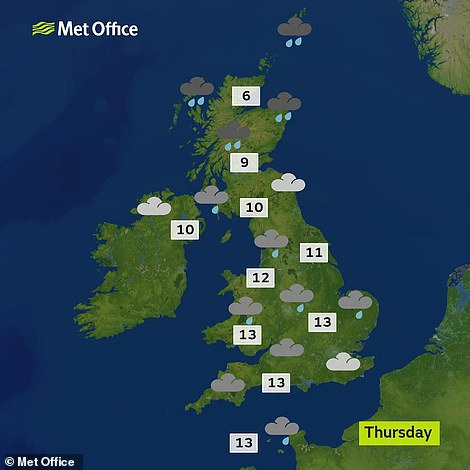 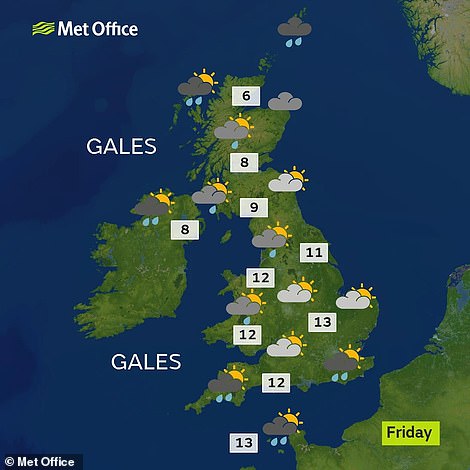 The likelihood of snow will be mostly over higher ground but some communities could see this falling even at lower levels. However, Wednesday should provide respite, with a fine, dry day accompanied by some sunny spells.

North/South divide this week in temperatures

However, things turn unsettled once more on Thursday, when wet weather coming in from the West could produce some hill snow in the morning. Then on Friday, strong winds of up to 70mph are possible in places.

Skiers in Scotland have had to make do with fake snow after the real thing failed to appear on time. Two of the country’s ski centres are making their own snow to ensure winter sports enthusiasts are not disappointed.

Glencoe Mountain and the Lecht are the first in Scotland to offer a guaranteed opening and closing date for the season after securing funding for new snow-making equipment from Highlands and Islands Enterprise.

The Lecht in Aberdeenshire opened its Magic Carpet run on Saturday, while Glencoe had a supporters’ event on the slopes and also sledging, with tow-assisted skiing and snowboarding for enthusiasts today.

A Hyde Park Winter Wonderland spokesman told MailOnline today: ‘Despite the sporadic heavy rainfall, the ice rink has remained open. A small amount of surface-level water on the ice rink was removed quickly as the safety of our customers is our priority.’