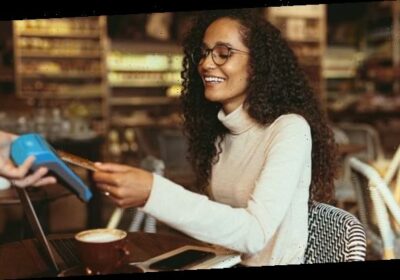 Will contactless payment limit rise to £100? City watchdog considers increase from £45 despite fears it could spark a rise in card theft

Banks could soon raise the contactless card payment limit to £100, sparking fears of an increase in theft.

The limit was raised from £30 to £45 last April at the start of the pandemic.

The coronavirus crisis has seen contactless use surge as people avoid touching surfaces and objects or using cash.

But the proposal to raise the limit to £100 has led to fears it could lead to an increase in theft as criminals would able to spend more on stolen cards.

Gareth Shaw, head of money at the consumer group Which?, said: ‘There’s risk with contactless cards. A series of £100 transactions could leave a customer significantly down.’ 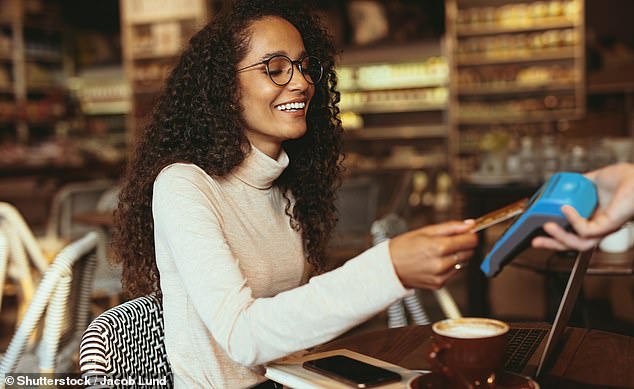 Banks could soon raise the contactless card payment limit to £100, sparking fears of an increase in theft

He added that while this would be more ‘painful’ than with the lower limit, victims could be refunded.

‘Recognising changing behaviour in how people pay, as part of a wider consultation, we will shortly be seeking views on amending our rules to allow for a possible increase in the contactless limit to £100.’ Raising the limit may hasten the demise of cash use, although the Government intends to legislate to protect access to banknotes and coins. 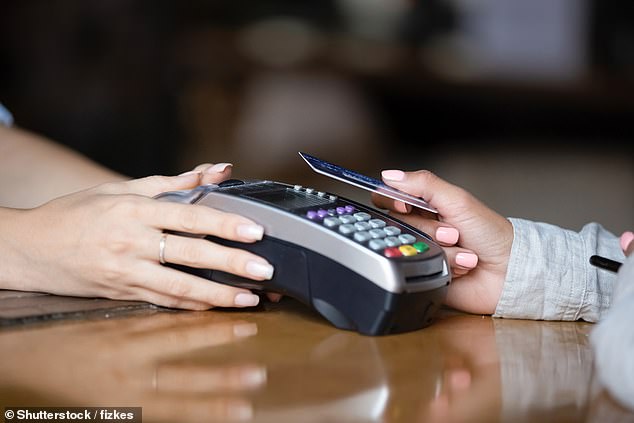 Mr Shaw said: ‘Raising the contactless payment limit will be helpful for those who are comfortable managing their money digitally.

‘But millions still rely on cash to pay for essential products and the cash network needs to be protected for them.’

The World Health Organisation has advised people to use contactless technology instead of cash as it believes banknotes may contribute to the spread of Covid-19, although a recent Bank of England study found the risk was minimal.

Nine in ten card transactions last year were made using contactless technology, while the average value of such transactions jumped by nearly a third, according to data from Barclaycard.

The banking lobby group UK Finance said: ‘The industry believes a more flexible approach could be merited in future.

‘Contactless is one of a range of payment methods and the industry will work closely with the regulator to ensure customers can pay in a way that suits them.’