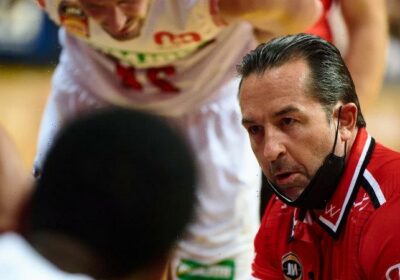 The upheaval at the Perth Wildcats continues with coach Scott Morrison quitting after just one NBL season.

Morrison had two more years to run on his initial three-season deal, but the American has been granted an early release for family reasons. 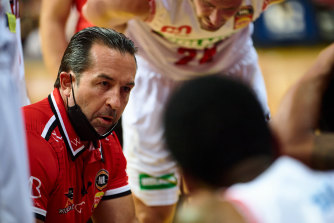 The former Boston Celtics assistant says he and his young family require the support of extended family in North America.

Georgiu had been with the Wildcats for 20 years and served as chief executive since 2017.

The Wildcats made a hot start to the season under Morrison, but they faded badly and ended the campaign in fifth spot with a 16-12 record.

It was the first time the Wildcats had missed the finals since 1986, ending a world record 35-year play-off streak.

Morrison said he needed to move back for family reasons.

“For 35-plus years, basketball has driven every facet of my life but as a new parent of two wonderful children I now must put their well-being at the forefront of all decisions,” Morrison said.

“While I loved coaching this team, recent developments led us as a family to feel that it is in the best interest of our children to be closer to home where a broader and more familiar support system exists.

“My family and the team have taken great strides to exhaust all options to allow us to comfortably return to Perth, but my wife Susanne and I have made the difficult decision that we feel will most benefit our children.”