One emergency system – named NET GUARD- would utilise self-driven drones to reach those who need saving from burning skyscrapers. 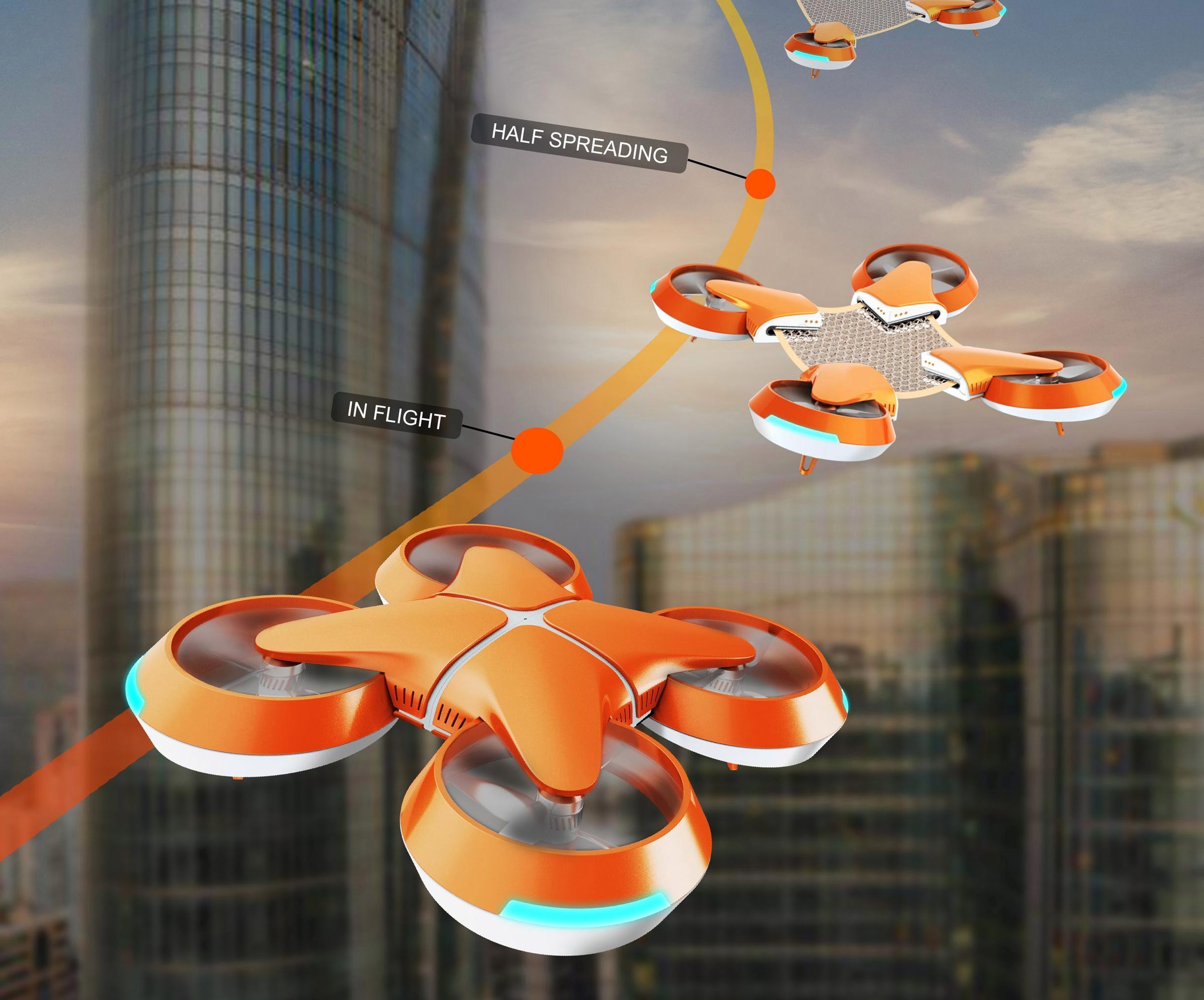 According to the plans, a distress signal would be received before the drone, using GPS to pinpoint the location of the fire, would then head to the necessary building, avoiding the traffic below.

Once close enough to the building, the drone would then unfold into four propeller-powered parts to reveal a safety net in its centre.

The net would be made from a quadruple layer of polyurethane, the designers said, and would be strong enough to then carry the weight of a regular adult.

The drone would also keep track of the evacuee using sensors, allowing it to be positioned correctly were person in need of jumping 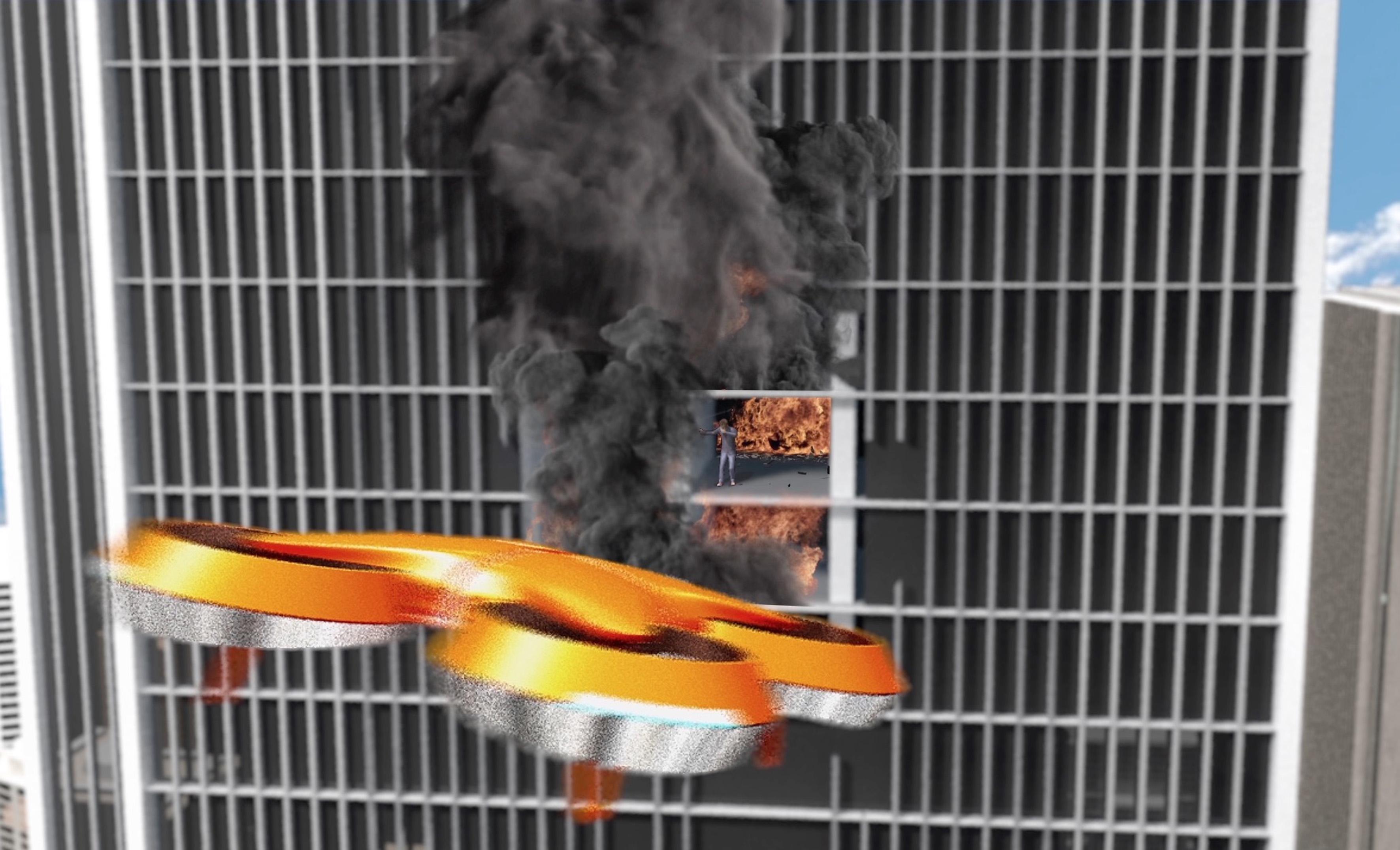 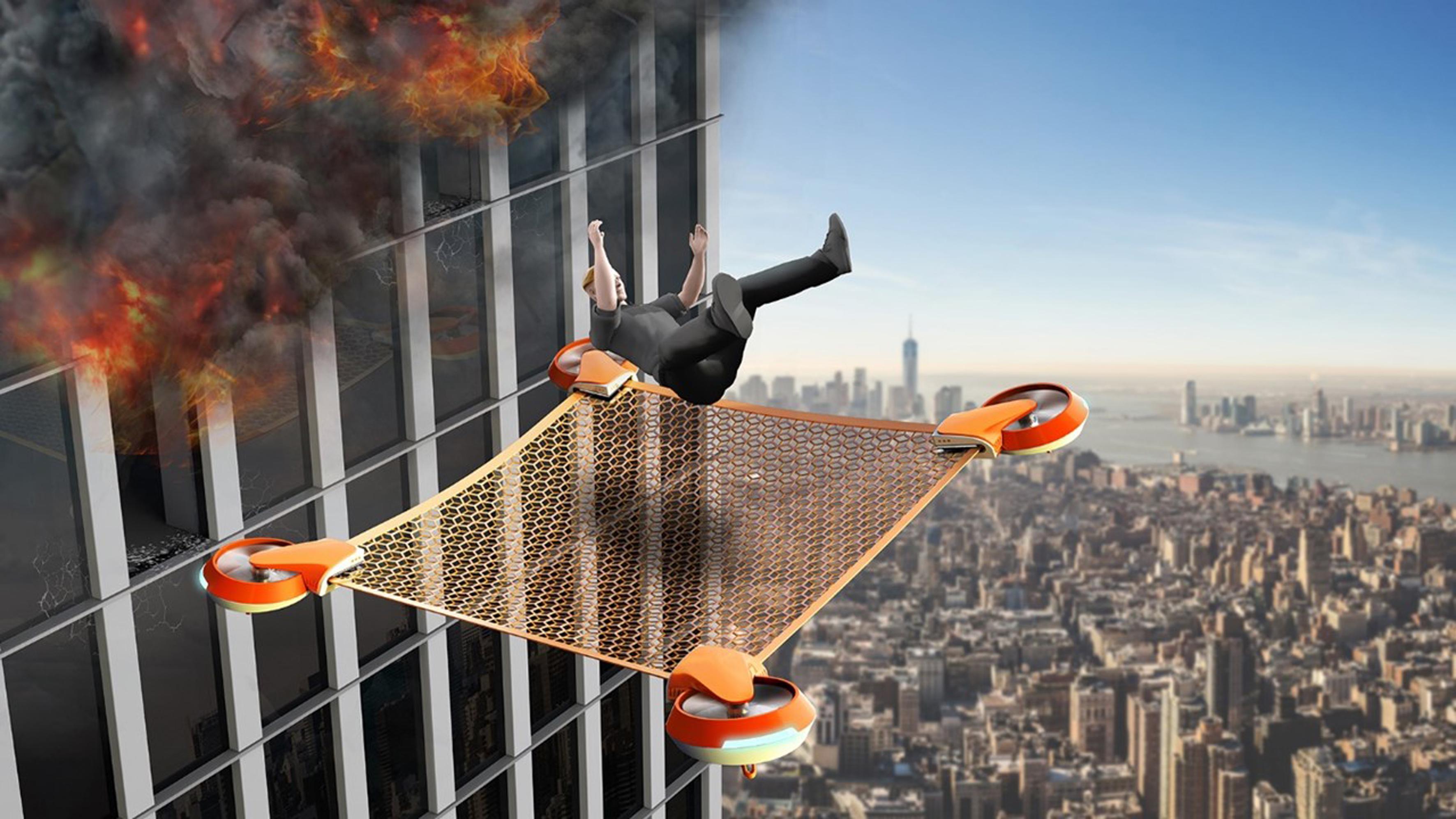 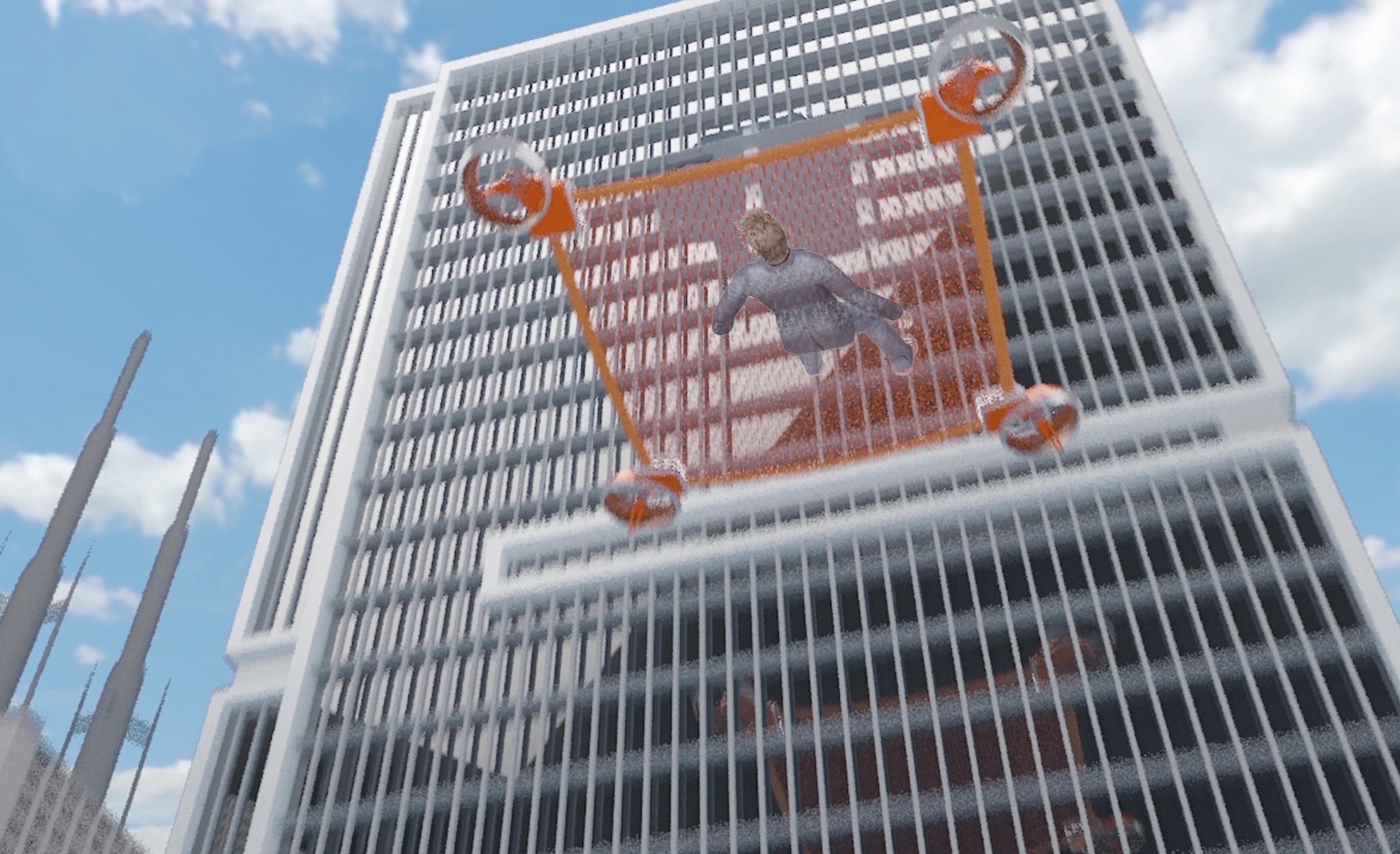 The system is the brainchild of six students from China's Guangdong Polytechnic Normal University and was recently awarded the Golden Pin Concept Design Award.

The group – Diao Hao-Ming, Liu Xiang, Li Hao-Hua, Zhu Nan-Tong, Li Guo-Yu, and Hu Zhen-Yuan – said in a joint statement: "It was not a school assignment.

"We came up with this concept especially for entering the Golden Pin Concept Design Award. We are constantly researching drone concepts from around the globe.

"We are most interested in applications that benefit society at large. Our plans are not concrete yet, but we will definitely be looking into more applications for UAV technology."

Earlier this year, it was revealed a drone that can wash the windows of skyscrapers and extinguish fires will be introduced in the UK next year.

Equipped with 14 propeller blades, the drone can hose down tall buildings by using high pressure water hoses that extend from its square frame.

It weighs around 90kg and is tethered to the ground with a hose that supplies the water and electricity for cleaning.