Recently I had the good fortune to find myself by a pool in Palm Springs. The Rat Pack's preferred hideout, beloved in equal measure these days by sun-seeking retirees and Coachella-bound 20-somethings, is an oasis in southern California's Sonoran Desert. That's easy to forget when lush lawns abound – the kind in which your feet sink gratefully, or which inspire thoughts of taking up croquet. The spiked lemonade flowing freely at my hotel's bar helped with the geographic dissonance, too. 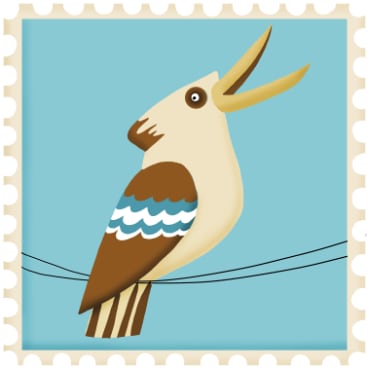 There are surely few places on earth that offer as many delights to a reasonably solvent adult as California. A line from – of all things – Fawlty Towers sums it up nicely. "You can swim and sunbathe, and then, after lunch, drive up into the mountains and ski," says an English expatriate of California to Basil Fawlty about her new home. ("Must be rather tiring," Fawlty counters.)

California is a prosperous place, in addition to being a superb holiday spot: its 40 million residents now comprise the world's fifth-largest economy, having surpassed the UK. What would Basil say?

Californians, flush with money and vitamin D, increasingly talk about one thing: secession. It isn't a stretch to imagine. Because just like Palm Springs doesn't feel like the desert, California doesn't really feel like America. Or perhaps it's that California is the most American place there is.

That curious disconnect was never more apparent than during the US midterm elections, which happened while I was there. Although Californians are overwhelmingly liberal, politics isn't often discussed. "Where can I watch the election results?" I asked the hotel concierge, who winced.

In New York, where I went after California, the question is how to escape from politics. New York friends fervently outlined their "Trump survival strategies", which ranged from resuming piano lessons, forgone since childhood, to getting into crosswords "in a serious way". (For a New Yorker, there's no other way of doing something.) On the street, it seemed every overheard conversation was about the Democrats taking the House; a waiter was eager to share his theory on a possible denouement to the Robert Mueller investigation.

In California, even on election day, politics seemed impolite. Not something to dwell on when the sun was out and the water was a perfect 26˚C. In Los Angeles, a freeway billboard instructed drivers to "ENJOY LIFE". Stuck in a 45-minute traffic jam trying to get nowhere fast, I had the time to figure out it was an ad for a slick marijuana delivery service.

But "enjoy life" may as well be California's mantra. Joan Didion, the state's literary mascot, once wrote of that determined hedonism, "In California, we did not believe that history could bloody the land, or even touch it."

But touch it, history did. A week after I was there, the most destructive wildfires the state has ever seen hit. As of writing, the death toll is nearing 100. There is talk that it may become impossible for anyone in California to insure their property – living there has become too much of a risk.

From the relative safety of the East Coast I asked a friend, a New York transplant, what it was like to be in Los Angeles right now. "There's black smoke all over downtown but no one is acknowledging it," she told me. "It's as though it isn't happening."

To read more from Good Weekend magazine, visit our page at The Sydney Morning Herald, The Age and Brisbane Times.