Home » World News » Why Biden is disappointing everybody

Why Biden is disappointing everybody

In the car business, polarizing vehicles are often runaway hits. Designs that turn off some people delight others, who appreciate the risk-taking and want to align themselves with something distinct.

President Donald Trump was a polarizing politician who built a brand as a fighter hostile to institutional norms. It helped him develop a much more dedicated following than he deserved, given his awful handling of the COVID pandemic and a parade of scandals that’s still unfolding.

Joe Biden beat Trump in the 2020 presidential race because Trump’s tribe was smaller than the group of voters who wanted a return to normalcy and an end to executive incompetence. Biden’s “brand,” such as it is, is the affable, reliable pragmatist. If these were a replay of the Eisenhower years, with a booming economy and a growing sense of prosperity, Biden would be a solid caretaker president.

But the Biden era is nothing like the Eisenhower years, given hostility bordering on hatred between the two political parties and a public gripped more by fear than possibility. Biden’s brand is not polarizing. But it’s weak. Biden casts himself as a uniter, a negotiator, a conciliator, an institutionalist. That’s the brand that beat Trump when Americans were gasping for sanity. But it’s not a brand suited for the political and cultural warfare that continues apace, even with Trump gone.

Everybody’s in a bad mood

Even Democrats seem to have buyer’s remorse these days, with a new New York Times poll showing 64% of Biden’s own Democrats don’t want him to run for reelection in 2024. The main concern Democrats have about the 79-year-old Biden is his age, which 33% cited as the main reason he should quit after one term. But 32% cited his job performance, indicating a sharp loss of confidence among Democrats in their own leader.

Voters belonging to the party in power are typically far more optimistic than those out of power. But Democratic voters are exceptionally gloomy, with 63% saying the country is going in the wrong direction. Among Republicans, 89% feel the country is going the wrong way, while 81% of Independents feel that way. Nearly everybody’s in a foul mood. 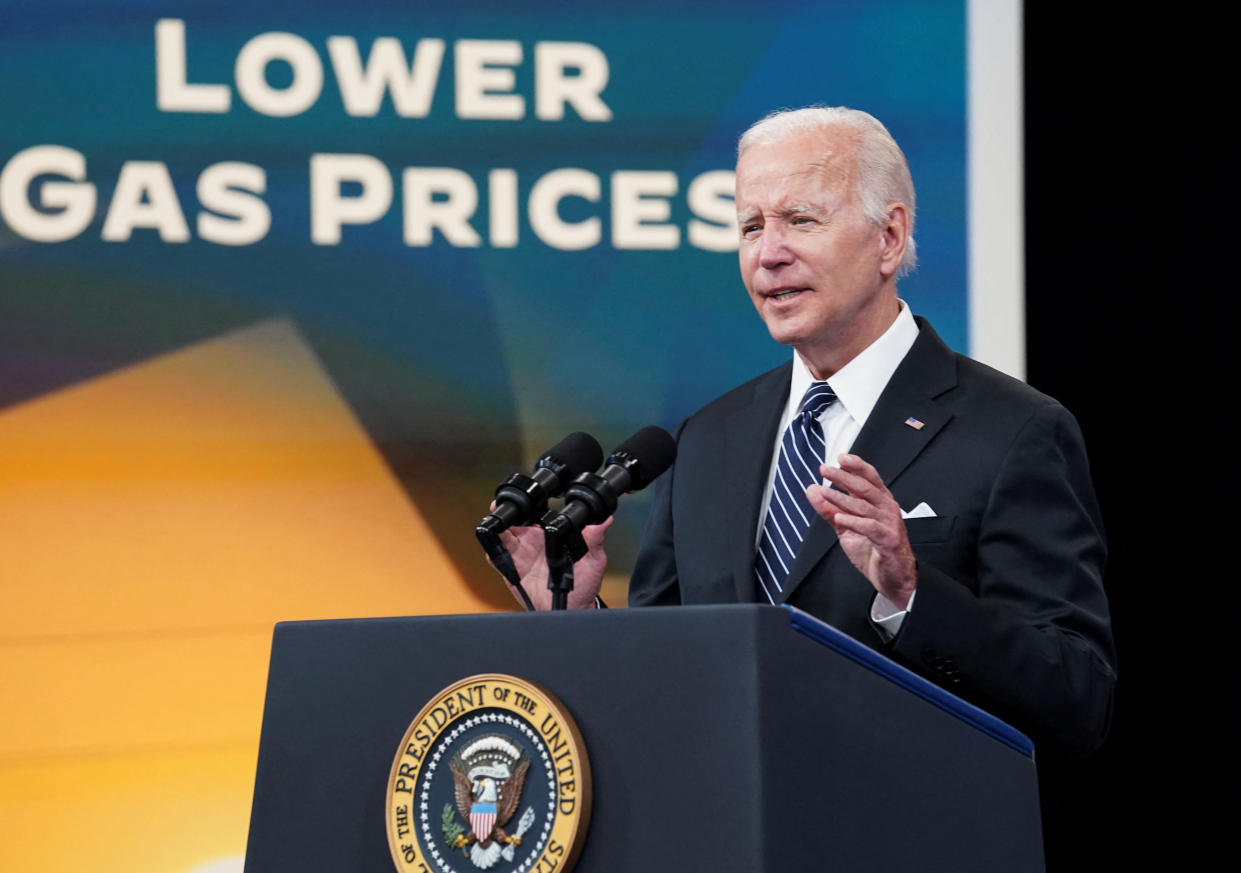 The source of this discontent is no secret. Consumers are shell-shocked by inflation, which at 8.6% is at the highest level since the early 1980s. The price of gasoline, perhaps the single most important arbiter of the consumer psyche, is up 50% during the last year. Everybody forgot the lesson of 50 years ago, which is that inflation, once rooted, can be a pernicious problem beyond the power of any president to fix.

That’s the economy. Democrats are morose about cultural and social issues because of the Supreme Court’s rightward lurch in overturning the Roe v. Wade national abortion protections and in a handful of other cases that impose conservative priorities on an electorate that doesn’t really want them. Conservatives are glum about many of the same issues because they fret that 50 years of social liberalization threaten white Christian dominance of American society. That’s why Trump put three arguably extreme right-wing judges on the court in the first place: To appease working-class whites, including evangelicals, who fear becoming culturally and economically marginalized.

Here’s a crucial problem for Biden: Democrats supposedly control the government! They have the White House and slim majorities in both houses of Congress, which was supposed to correct certain excesses of the Trump years, when Republicans rewrote the tax code in favor of the wealthy while dismantling environmental protections and other Democratic priorities. Yet Democrats seem paralyzed, unable to agree even among themselves on legislative priorities, as their time in power dwindles and Republicans seem likely to take back the House in the November midterm elections, ending any Democratic fantasies of building back better, or building anything at all.

Biden isn’t to blame for everything

Much of this is not Biden’s fault. The Democrats are hopelessly riven, with “progressives” on the left still hollering for revolutionary change most Americans don’t want and moderates unable to generate enthusiasm for more sensible, less disruptive action on issues such as climate change. The Senate filibuster remains a maddening barrier to passing non-economic legislation on abortion rights and other issues that would overrule Supreme Court rulings that focus on legal interpretations because Congress never passed legislation enshrining certain rights in law.

This leaves Biden looking like a figurehead president powerless to do what the voters who put him in office want. He’s helming a ship that’s set to autopilot and heading toward a waterfall.

This is where Biden could borrow from Trump, who understood, like P.T. Barnum, that perception is often more important than reality. Trump was a sophist who lied about his accomplishments and many other things. But he fought. Sometimes he fought pointlessly. Sometimes he fought cruelly. A lot of the time he was way off the mark. But Trump seemed comfortable insulting nearly anybody, and he convinced his warrior-tribe he was doing it for them. 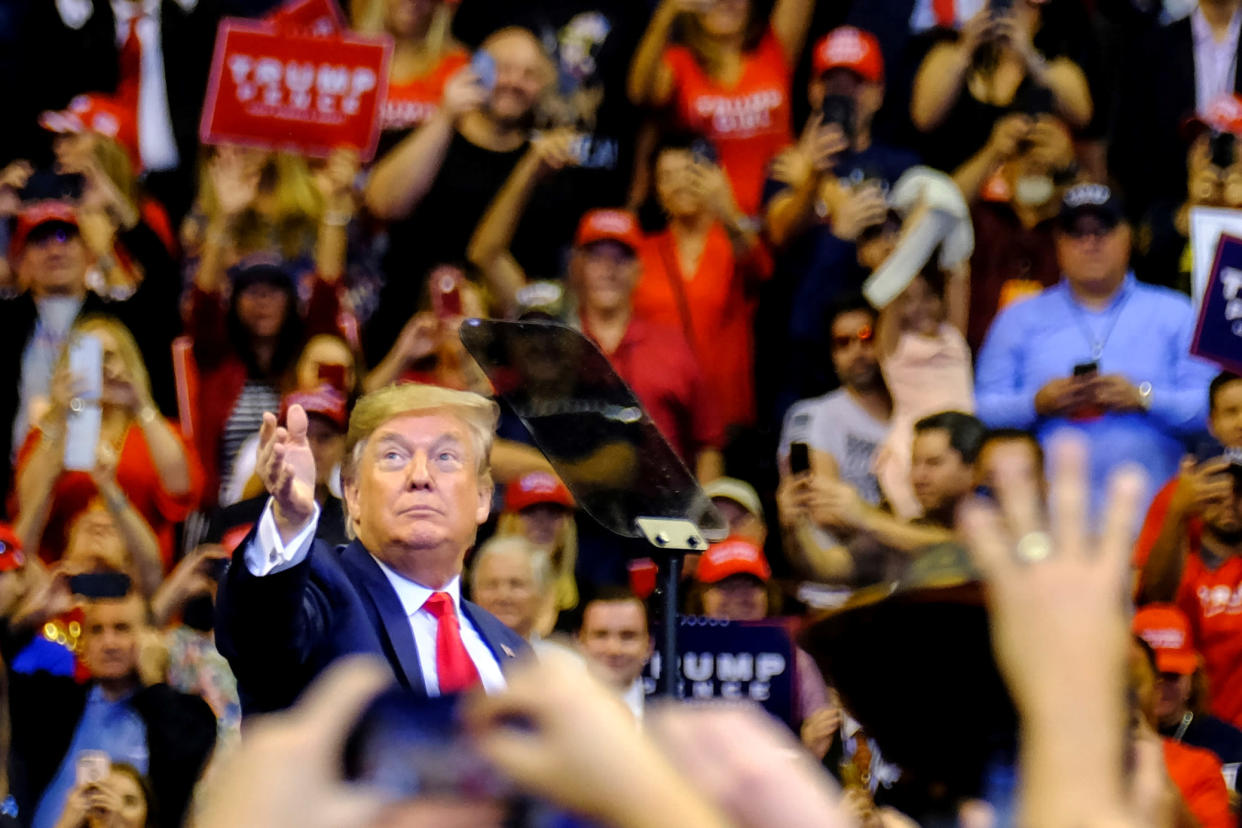 Biden is very reluctant to insult or offend. He won the Democratic nomination and the presidency in 2020 by distancing himself from the leftist Bernie Sanders wing of the Democratic party, but as president he courts the left and almost never takes a public stand against progressive priorities. He may oppose them privately, and decline to put political muscle behind them, but that’s very different from taking a public stance you know will alienate people you feel you need in your corner.

Biden will not say or do anything that offends labor unions, either, even though union membership has shrunk to a mere 10% of the workforce. He wants energy firms to drill more oil, but he won’t risk the wrath of environmentalists by endorsing policies that might actually lead to more drilling. In a way, Biden is in a classic trap: By trying to appease everybody on his constituent list, he’s watering down his effectiveness and pleasing very few.

Biden isn’t Trump, thank goodness, and he certainly doesn’t need to pick pointless fights or put people down to assert his leadership. What he could do, however, is stop worrying about who he might offend if he does what he really thinks is right on student-debt forgiveness or energy production or social issues.

During the Trump years, countless numbers of Trump voters said they didn’t really like the man, but they did appreciate his willingness to fight for what he stood for. With Biden, it’s the other way around: He’s a decent human being who tries too hard to please everybody. Trump is gone, but voters still like a fighter willing to make enemies if it’s for a good cause. Biden is already not winning, so it’s hard to imagine he could do worse by taking more risks and worrying less about who gets upset.

Click here for politics news related to business and money