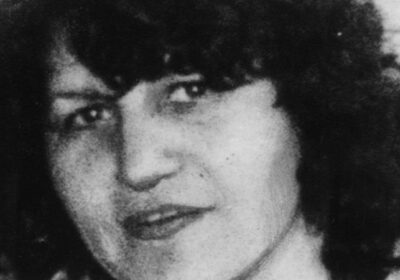 Six “significant” persons of interest will be examined as part of a fresh inquest into the unsolved killing of mother Maria James, who was found stabbed to death at the rear of a Thornbury bookshop more than 40 years ago.

On Monday, counsel assisting the coroner Sharon Lacy named those men publicly for the first time, on day one of the Coroners Court of Victoria inquest into Ms James’ 1980 death. 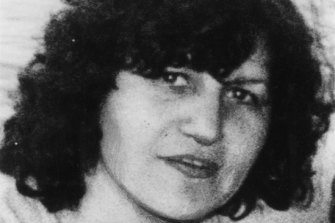 The inquest heard the sixth suspect – Lyle Perkins – was found with a knife and tape in the boot of his car after assaulting hitchhikers two months after Ms James’ death.

“Of them, only Peco Macevski remains alive,” Ms Lacy said.

Ms James’ body was found on the floor of her bedroom – at the rear of the bookshop – in the middle of the day on June 17, 1980. The mother of two had been stabbed 68 times.

Despite decades of police investigation, no one has been charged.

In 2018, following the unearthing of new information, the State Coroner’s office agreed to reopen the case and hold a fresh inquest.

That new information included a victim statement that Father Bongiorno, a priest at St Mary’s Church in Thornbury, had abused Ms James’ youngest son Adam and that she was due to confront the parish around the time she was killed.

A host of errors has also since been discovered in the police investigation, including lost and misplaced crime scene evidence and DNA from another murder scene mistakenly being used to clear suspects in Ms James’ death shortly before they each died, the inquest heard. 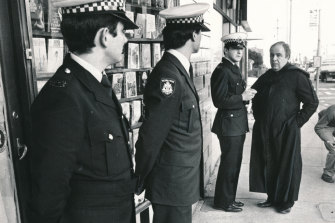 On Monday, during the opening of a three-week inquest, the coroner heard one of those previously missing items – a blood-soaked bed quilt – had recently been found but no DNA could be obtained.

Ms Lacy said the inquest, before Deputy State Coroner Caitlin English, would also focus on the 1980s investigation and hear from 37 witnesses including detectives from that investigation, forensics experts, a suspect and civilian witnesses from the day of Ms James’ death.

It will also examine the identity sketches police released over the years, which were dubbed “Hutton Street man”, “High Street man”, “survey man”, “5am man”, “9am man” and “shop man” and the calls to police about these. 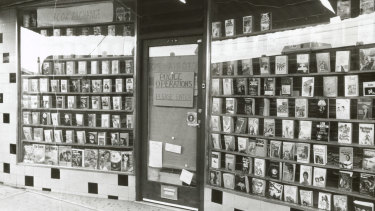 The Thornbury bookshop where Maria James was murdered.Credit:The Age

“There has been a daunting passage of time in which recollections fade and information is lost. It might be that your honour is unable to reach conclusions about all of the questions that beg for answers in relation to this wretched crime,” Ms Lacy said.

“Along the way, it seems appropriate to contemplate the social and cultural factors that might have influenced the investigation back in 1980. We have witnessed over the last 40 years a changing social conscience about violence towards women.

“Just in the last 12 months, community awareness of issues around violence against women has expanded into more vocal public outrage.

“Maria James is one of far too many women who are killed in their homes at the hands of another.”

On Monday, the inquest also heard evidence from the deputy director of the Victorian Institute of Forensic Medicine, David Ranson, who reviewed Ms James’ autopsy records.

He said it was likely Ms James had been stabbed with one weapon, similar to a kitchen knife, over a prolonged period and moved about the house during the attack.

When asked about the “clusters” of 68 stab wounds about her body and whether some may be ritualistic, particularly those on her breasts, he said they “may well have some significance”.

“I would be thinking this is most likely to be a man that caused these injuries,” Dr Ranson said.

Outside court, Mark James, the eldest of Ms James’ two sons, said they were hopeful the inquest could help solve the many unanswered questions that surround their mother’s death. 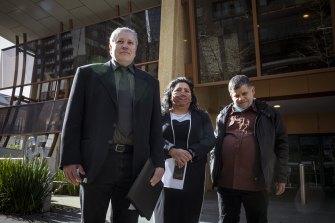 “Adam and I are hoping that, after all this time, the coroner will get to the bottom of exactly who was involved and why,” Mr James said.

The inquest is due to run for three weeks.