Who is the NBA's highest-paid player? Steph Curry, LeBron James lead the pack of top earners

It pays to play in the National Basketball Association. In fact, NBA players are on average the highest-paid athletes in the world, according to Statista.com. The average salary in the NBA for the 2021-2022 season is $7.3 million.

The top ten highest salaries in the NBA for the 2021-2022 season are all north of $39 million, including superstars Stephen Curry from the Golden State Warriors, the Brooklyn Nets’ Kevin Durant and the Los Angeles Lakers’ LeBron James. 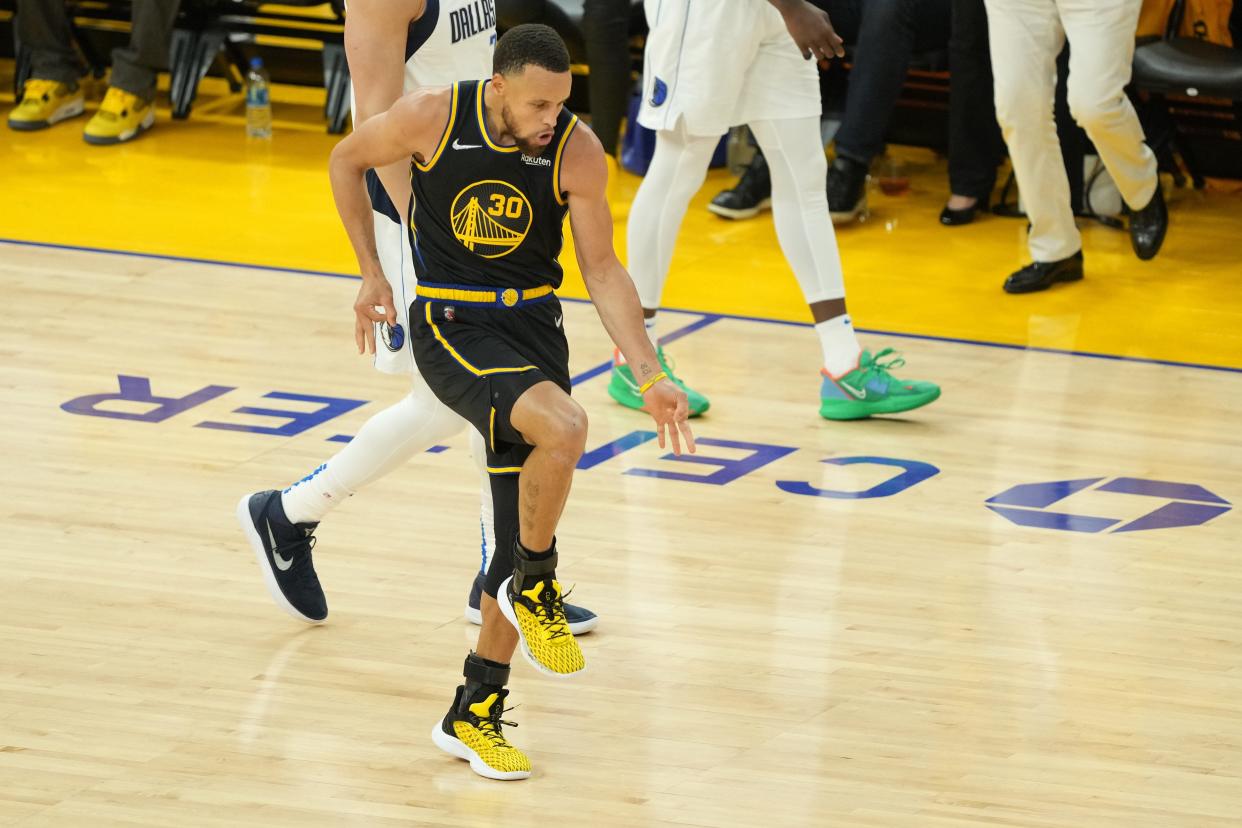 USA TODAY Sports newsletter: Sports news, no matter the season. Stop by for the scores, stay for the stories.

But who brings home the biggest bag, really?

Well, that depends on how you choose to slice it. If we’re talking who is the highest paid by an NBA franchise? Then Curry, who in August signed a guaranteed four-year $215 million extension with the Warriors, leads the pack by most accounts.

If we consider off-the-court deals, James is far and away the top guy, according to Forbes.

Here are Spotrac.com’s 10 highest paid NBA players based on their average annual value, which takes a player’s contract and divides it by the contract’s number of years.

By this calculation, Philadelphia center Joel Embiid trails only Curry on the list. Embiid signed a mega contract worth nearly $196 million over four years with the 76ers in August.

Fifth on the list is reigning NBA champ Giannis Antetokounmpo, the Greek power forward who led the Bucks’ roaring comeback against the Phoenix Suns in the NBA Finals after being down two games to zero in the best-of-seven series. Antetokounmpo signed a five-year, $228 million contract extension in 2020.

WHO IS HIGHEST PAID IN NFL?: Top QBs dominate the list

WHAT ABOUT IN MLS?: Carlos Vela, Chicharito lead the way 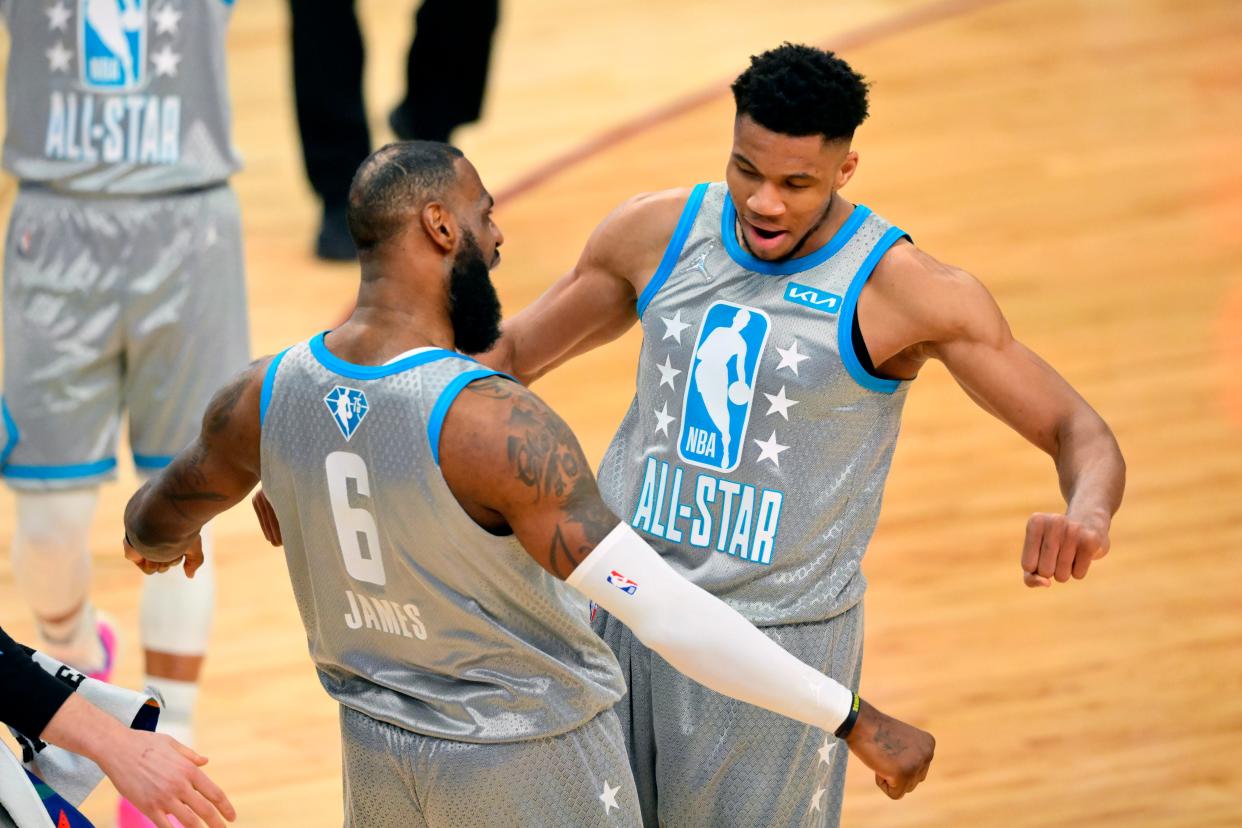 Here are the 10 highest paid NBA players based on their 2021-2022 season salaries, according to ESPN. This figure accounts for the league’s annual salary cap, which it set at $112.4 million this season. 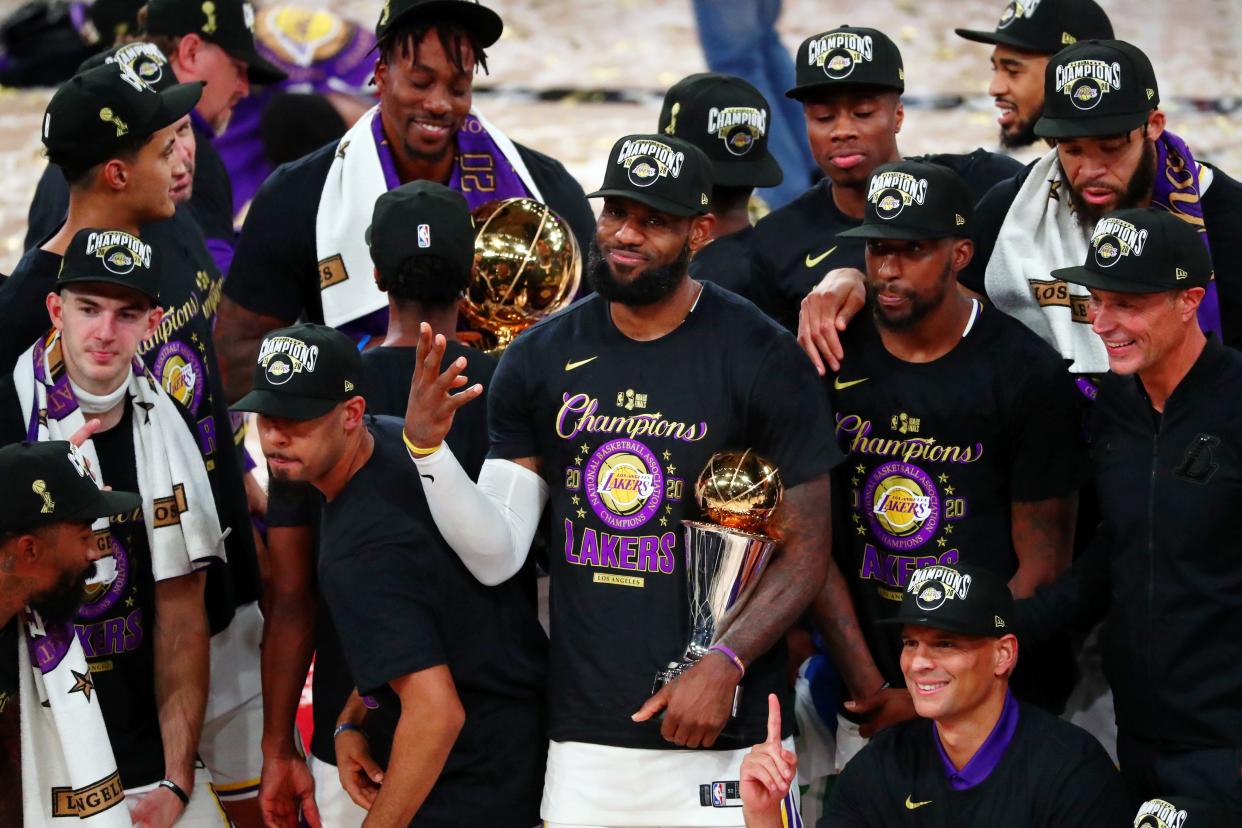 But when you account for earnings off the court, “King” James sits on the throne. The 37-year-old and four-time NBA champion is the second-highest paid athlete in the world, according to Forbes, bagging a projected $121.2 million in 2022.

Curry and Durant are high on this list, too. Forbes projects each will scratch north of $92 million in earnings this year at the fourth and fifth spots in their rankings.