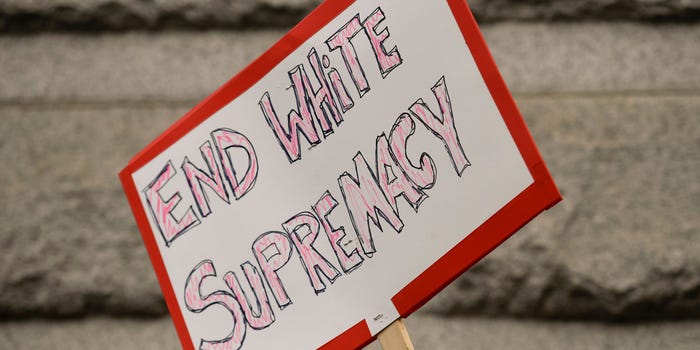 Police in Hollywood Park, Texas, just outside San Antonio, said in a Facebook post that flyers were put outside homes on Sunday morning in plastic bags with rocks so they wouldn't blow away.

The flyers, seen by News 4 San Antonio, criticize the Black Lives Matter movement and call for residents to "join" its group of "defenders."

A separate flyer seen by News 4 San Antonio shows the documents were dispersed by a group called 14First the Foundation, a white supremacy group that describes itself as "a pro white org [sic] fighting for the white race."

It's unclear how many flyers were distributed, but Hollywood Park Police is investigating the incident.

"The flyers appear to be anti-Black Lives Matter and anti-abortion rhetoric along with information on how to join their suggested cause," Police Chief Shad Prichard said in the statement on Facebook. "The flyers did not indicate any plans for violence or suggest they were gathering in our area. Therefore, we are collecting the flyers and reaching out to our federal partners to share our findings and will monitor the situation to ensure the safety of our residents."

San Antonio Mayor Ron Nirenberg condemned the flyers in a statement to the San Antonio Express-News.

"San Antonio is a city of inclusion, compassion, and strength through diversity," he said. "We will work together to root it out whenever they appear, and that includes the actions of white supremacists."