Home » World News » What do we know so far about Australia’s COVID vaccine rollout?

What do we know so far about Australia’s COVID vaccine rollout? 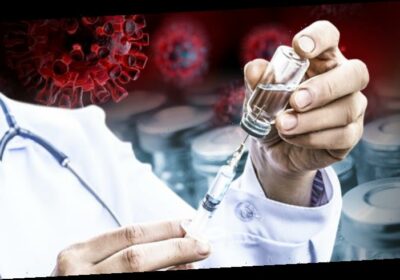 What does Australia’s vaccination timeline look like? And where will you get yours?

Ayear to the day since Australia’s first coronavirus case was diagnosed, Prime Minister Scott Morrison announced a vaccine against the virus had been approved for local use.

After more than 28,000 cases and 909 deaths, plans are under way for the Australian adult population to be vaccinated against COVID-19 at hospitals, specialist hubs, GP clinics and chemists by the end of October.

In an undertaking described by federal Health Department secretary Brendan Murphy as “the most complex logistical exercise that perhaps we’ve done in public health in this country”, the federal government is leading state and territory health departments in a mammoth inoculation operation.

What does Australia’s vaccination timeline look like? And where will you get yours? Here is what we know so far. 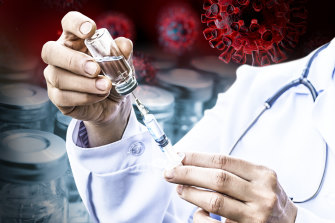 Who is being vaccinated first?

Australians aged 16 and over will be vaccinated against COVID-19 in at least four – and possibly five – phases. That’s more than 24 million people receiving the jab, in total, over eight months.

The Prime Minister said Australia’s vaccine rollout would begin in “late February” after a February 15 date previously provided to states was pushed back due to international delays with the Pfizer vaccine (more on that later).

The first group, who are part of “Phase 1a”, is made up of people who are either at a higher risk of contracting COVID-19, or at a higher risk of becoming very sick if they do: so, quarantine and border workers, frontline healthcare workers, and staff and residents at aged care and disability facilities.

Details about who is a “frontline healthcare worker” have not been made clear at a national level but NSW Health has said it will include all of its ambulance and patient transport staff, emergency department staff, critical care ward staff, coronavirus ward staff, coronavirus immunology clinic staff and coronavirus pathology lab staff, as well as the healthcare workers at Sydney’s Special Health Accommodation, which is part of the state’s hotel quarantine program.

This adds up to about 678,000 people across Australia, with about 80,000 doses a week being given before the rollout really ramps up.

Next is Phase 1b: all other healthcare workers, Aboriginal and Torres Strait Islander people over 55 and other Australians over 70 who are not in aged care, younger people with an underlying medical condition and emergency and some critical workers. That adds up to about another 6.1 million people.

Australia is aiming to have 4 million people – all of Phase 1a and more than half of Phase 1b – vaccinated by the end of April.

Most Australians will have their vaccine in either Phase 2a (the remaining Aboriginal and Torres Strait Islander population, other Australians over 50 and other critical and high-risk workers) or Phase 2b (everyone else aged 16 and over) using the AstraZeneca vaccine.

If the Therapeutic Goods Administration approves a vaccine for use in children (more on that later, too), Phase 3 of the rollout will see children under 16 vaccinated.

The federal government has invested $23.9 million in a communications campaign providing information about when and where people will be receiving their dose.

There have been recent concerns about whether the vaccine rollout may be further delayed after the EU placed export controls on both the Pfizer and AstraZeneca vaccines being produced within its borders amid issues with supply timelines.

Which vaccine will you get?

“We have two vaccines, which are effective and safe enough, and that is a long way from where we thought we would be six months ago,” says Professor Julie Leask, an immunisation uptake researcher from the University of Sydney.

The first groups will receive the Pfizer vaccine, which the Therapeutic Goods Administration (TGA) approved for use in people aged 16 years and over after clinical trials indicated it would prevent symptomatic COVID-19 in 95 per cent of recipients. The Pfizer vaccine comes in two doses, to be given 21 days apart. Australia has bought 10 million doses, which are being manufactured in Belgium.

The Pfizer vaccine is an mRNA vaccine, which means it works by giving the body the material that encodes the protein of the virus, rather than the protein itself. Essentially, it shows the body what the virus looks like without actually infecting it, so it can design its immune response. Doses of the Pfizer vaccine need to be imported from Europe and stored in a “cold chain” facility at minus 70 degrees, which is part of why they do not form the bulk of Australia’s vaccine strategy.

But most Australians should expect to receive the AstraZeneca vaccine, which federal Health Minister Greg Hunt has called the “ace in the hole” of Australia’s rollout.

The AstraZeneca vaccine is a “non-replicating viral vector vaccine”: scientists have taken a virus that usually gives chimpanzees a cold but is harmless to humans and genetically engineered it to look like look like SARS-CoV-2, the virus that causes COVID-19, to trigger an immune response. It will need to be stored at 2 to 8 degrees, like most vaccines.

Australia will have 53.8 million doses of the AstraZeneca vaccine: 3.8 million imported from overseas and 50 million manufactured by Melbourne-based biotechnology company CSL under an agreement.

This vaccine has not yet been approved by the TGA, but will likely also require two doses. Phase three trials indicate it has an overall 70 per cent efficacy at preventing symptomatic COVID-19, which is about on par with the average efficacy of the annual influenza vaccine.

Professor Leask says, although the AstraZeneca vaccine has slightly lower efficacy rates than Pfizer’s, its worth is in how much easier it will be to transport and store. “It’s not just about whether the vaccine is quite effective or very effective, it’s also about whether you can reasonably deliver the vaccine to a country with a huge land base,” she says.

It should also be noted that no one who took part in clinical trials of the AstraZeneca vaccine developed severe coronavirus or died, leading health authorities to conclude it is 100 per cent efficacy against severe cases of the virus.

While Australia has based its strategy on the Pfizer and AstraZeneca vaccinations, we also have two other vaccine agreements: one for 51 million doses of the Novavax vaccine, being made in several locations across Europe, and another 25.5 million doses of a mix of vaccines under the international COVAX distribution program, which aims to provide fair global access to vaccines once they are made available.

Phase three trials for the Novavax vaccine are ongoing, but early data indicated it may offer even greater protection against coronavirus by having an effect on transmission as well as symptomatic infection.

If all of these agreements come through, Australia could have access to about 140 million vaccine doses.

There are also some vaccines going through approvals processes overseas that Australia does not have any agreements for – notably the Moderna vaccine, which is being rolled out in the UK.

Where will you be vaccinated, and by whom?

As mentioned earlier, the Pfizer vaccine needs to be kept at minus 70 degrees. For this reason, the first vaccines will be administered at up to 50 hospital hubs with ultra-cold freezers in metropolitan and regional areas across Australia.

The full list of locations for these hubs is not yet available, but some details have been announced. In Melbourne, Austin Health, Western Health and Monash Health will run hubs out of major metropolitan hospitals. NSW Health is planning for vaccination hubs located at RPA, Westmead and Liverpool hospitals, followed by Hornsby, St George, Nepean, Newcastle, Wollongong, Coffs Harbour, Dubbo and Wagga Wagga hospitals. In Queensland, health workers in Brisbane, the Gold and Sunshine coasts as well as the north Queensland cities of Cairns and Townsville will be vaccinated first.

Aged care residents will be vaccinated at their facilities, with an initial 500 staff from private medical providers Aspen Medical, Healthcare Australia, International SOS and Sonic Clinical Services contracted by the federal government to assist with the rollout.

Abroad, there have been scenes of vaccinations in cathedrals and community halls but, once the AstraZeneca vaccine is available, most Australians will be vaccinated at their local GP or pharmacy. It is understood a national booking service will be created, although no details have been made available.

The federal government has opened expressions of interest for GPs wanting to be involved in the rollout, and pharmacies will follow. The goal is for there to be 1000 distribution points for the vaccine in Australia.

Every health professional administering the vaccine will need to have completed an online training course which is in the process of being developed by the Australian College of Nursing.

Who is not being (or should not be) vaccinated?

The Pfizer vaccine has not yet been approved for children under the age of 16; they will be vaccinated in Phase 3 of the rollout if a vaccine is approved for use for them.

Pregnant woman have been advised against receiving the Pfizer vaccine by the Royal Australian and New Zealand College of Obstetricians and Gynaecologists. This is because the clinical trials the TGA based its approval on did not involve pregnant women, Australia is not experiencing high case numbers and there is no evidence pregnant women are at higher risk of complications from COVID-19.

The Australian Technical Advisory Group on Immunisation, which provides clinical advice for vaccines, is yet to release official guidelines for the vaccination of pregnant and breastfeeding women against COVID-19.

The TGA says the decision to vaccinate people who are very frail or at the end of their life will be made on a case-by case-basis, after a small number of deaths were observed in this population in Norway.

Will you need to be vaccinated again?

Flu vaccines come out every year because the virus varies from one season to another, so will you need to be vaccinated against coronavirus after you have received your two doses in 2021?

Preliminary evidence suggests the more transmissible and dangerous variants of coronavirus from the UK and South Africa will be covered by the Pfizer vaccine, and the Pfizer and AstraZeneca vaccines both generate much higher levels of immunity than infection, leading scientists to believe they will cover a number of variants.

“Even though this new variant has multiple mutations, only 1 per cent of this protein is changed. And that means 99 per cent are still the same,” says BioNTech CEO Ugur Sahin of the Pfizer vaccine, in relation to the UK variant in a December interview.

However, these will not be the last variants of the virus and updates to the vaccines may need to be made.