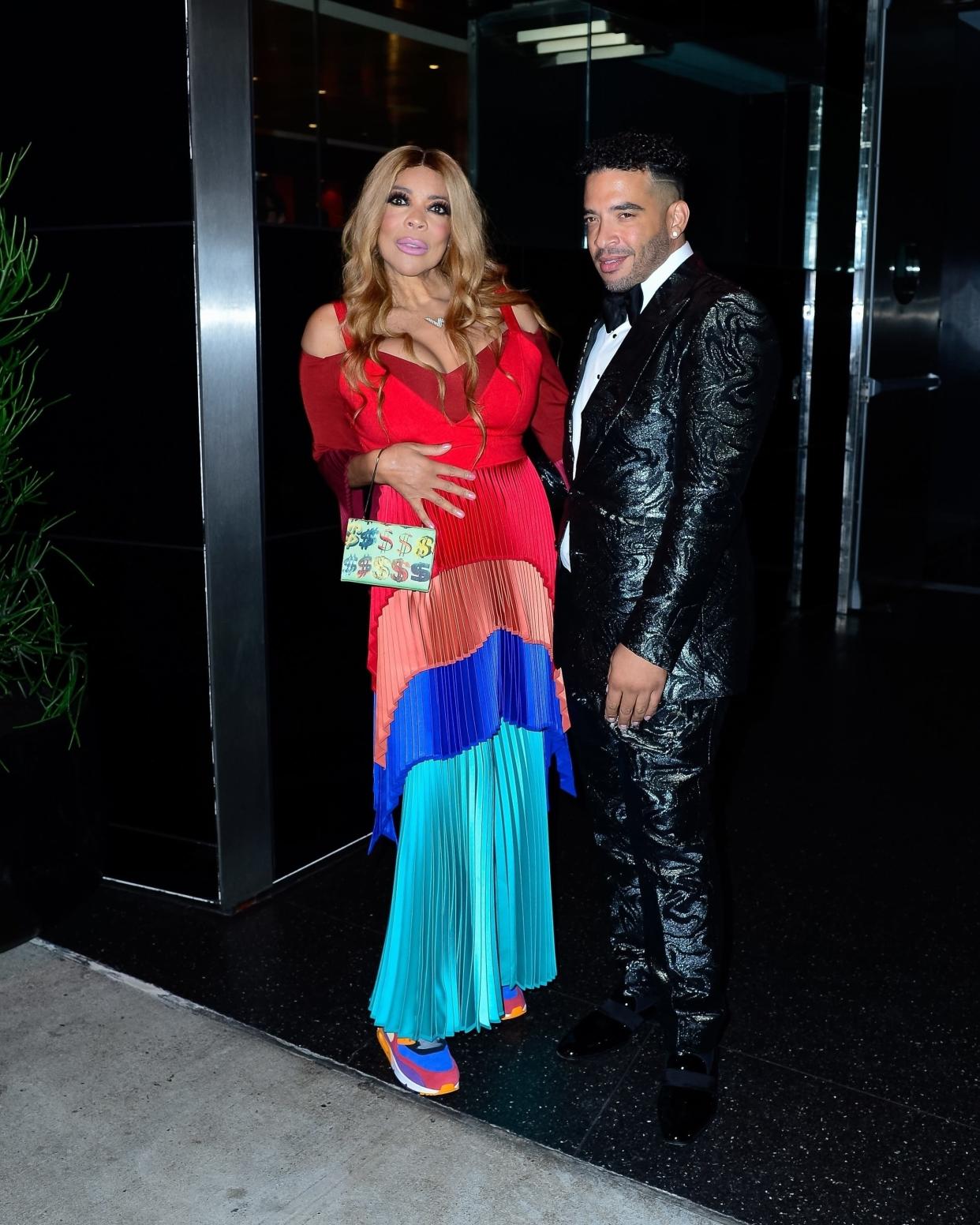 Wendy Williams is stepping back into the spotlight.

The talk show host, who's been dealing with health and financial woes, made a rare appearance Monday in NYC at a Met Gala after-party.

Williams, whose eponymous talk show was canceled during her extended leave from daytime TV, was the plus-one of Hollywood Unlocked founder-CEO Jason Lee. They attended the Boom Boom Room bash at The Standard, High Line, which was hosted by Cardi B and Playboy.

Lee, who is also Kanye West's head of media, revealed his mystery date on social media.

"Yo, came to New York for the Met Gala, but I wasn't going to come outside without the sexiest date in New York City," Lee said before panning to the 57-year-old talk show queen rocking black Playboy bunny ears.

"How you doin'?" he asked Williams. "I'm good," replied the star, who has been absent from daytime TV since last year.

Williams, who looked healthy and happy, wore a multicolored long, tiered dress that she paired with sneakers and carried a bag with dollar signs on it.

Wendy Williams Show fans have been missing the star. Just ahead of the show's Season 13 premiere, she had health problems related to her Graves' disease. She postponed the season debut more than once, then the show returned without her featuring various guest hosts. It was announced in March that the show would be canceled with guest host Sherri Shepherd landing her own show in that time slot.

Nonetheless, Williams — who has been undergoing wellness treatments — has made it clear in various interviews that she plans to return "bigger and brighter than ever" to television once she's fully recovered. In fact, she's got the "mind and body of a 25-year-old," she's said.

Part of that recovery is financial wellness. Earlier this year, Williams's Wells Fargo wealth manager claimed the star — who earns approximately $15 million a year — needs a conservator to oversee her finances because she is "of unsound mind." Williams has claimed her "no good former business manager, who she fired earlier this year, filed for guardianship, setting the process in motion. A legal battle has been playing out.

The New Jersey native was asked on Good Morning America in March if she could go back to work hosting a show tomorrow and replied, "Give me about three months. There are private things that I have to deal with and then I'll be ready to come back and be free and ready to do my thing."