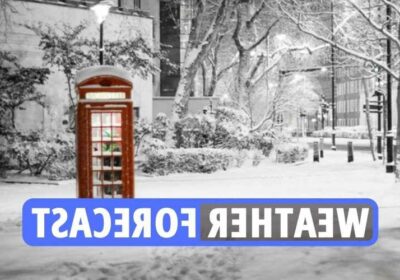 BRITS have been told to brace for a icy -1C freeze next week as the temperatures will drop in Scotland on Tuesday – just days before Christmas.

One forecaster says that if a particular weather system shapes up in the days to come, some areas could record a whopping 10 inches of snow on the big day.

Meanwhile, forecasters have predicted the exact date Brits will see snow this month – with with blizzards and biting winds blasting in some parts of the country.

Brian Gaze of The Weather Outlook has said it may well be a very white Christmas after all, and it'll be an "all-time classic" for snow fans.

The charts show temperatures as low as -6C in parts of Scotland, while snow would fall across much of the country – including in the south.

Read our weather live blog for the latest news and forecasts