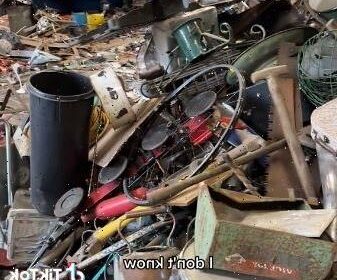 A SCRAP YARD boss has revealed the amazing finds unearthed in the junk given up by its owners – with some hidden gems worth hundreds of pounds.

Open to the public, hidden treasure trove Reclamation and Salvage in Buxton on Derbyshire's High Peak is home to 'The Junk Yard'. 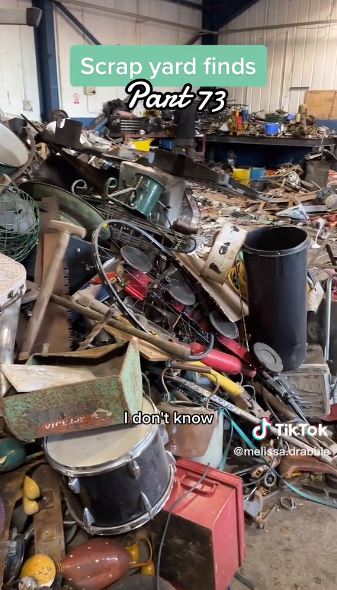 The small family-run business was started by Melissa and Mark Drabble.

From house fixtures to a 1950s ridable dog toy, the venue offers a predictably unpredictable smorgasbord of eclectic goods.

Open to the public, the owners encourage dwellers rummaging in the yard to uncover useful and rare products.

Customers are encouraged to pop down and browse the massive variety of offerings.

However if travelling to Buxton is too far, anyone with anything specific in mind can call or email.

A drop-off delivery service locally or a postal service with a courier is offered for those out of delivery range, with prices varying for postage.

The business also operates online, where the Reclaim Queen online shop showcases some of the most delightfully bizarre finds on offer.

The Junk Yard is conspicuous by its frenzied popularity.

Most items are sold daily, with fresh and not so fresh silverware, jewellery and garish vintage furnishings appearing it their place.

Melissa also uploads daily on her TikTok highlighting some of the most interesting finds on offer.

On a segment titled "Scrapyard finds", she roots out scraps at random and researches their retail value.

Reaching for a Stead Porsche/Mercedes licence plate frame originating from the USA, eBay reveals the same product is on sale for a staggering $165 (around £133)

Both a collector and a seller, she reveals in the comments section that she purchased the note within a bundle of old tender for £500. 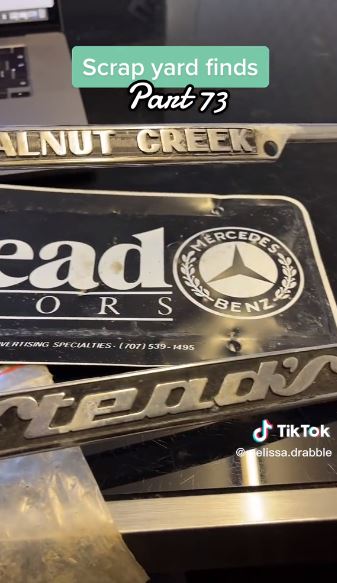 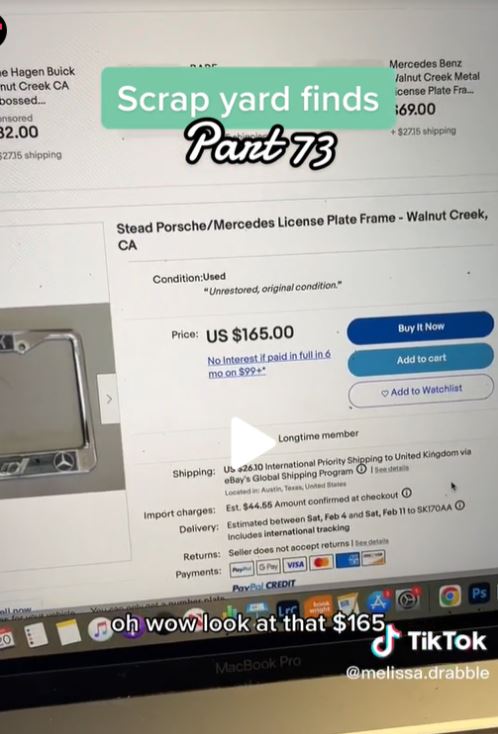