Washington's frustration leads to teammates throwing blows on the sideline

The Washington Football Team couldn't stop the Dallas Cowboys in the first half or pretty much most of Sunday's 56-14 blowout defeat.

WFT's beat down was embarrassing enough. Then two teammates started fighting on the sideline.

Defensive linemen Daron Payne and Jonathan Allen were sitting on the bench after another Cowboys touchdown. Payne was arguing with Allen, Allen was trying to not react when Payne poked him in the head. That led to Allen getting up swinging.

Fights between teammates happen, but it was still a bad look all around. Oh, and the two are college teammates from Alabama.

NBC sideline reporter Michele Tafoya said she didn't know what started the fight, but made a vague comment about there being a reference to their "long history together," and that it seemed like Payne was "extremely angry at Allen."

Payne was seen steaming on the bench long after Allen swung at him. The two were back on the field playing on the line next to each other the next time Dallas got the ball.

It has been a frustrating season in many ways for Washington. At least most of the worst moments were happening on the field and not the sideline.

Payne shed some light on what happened after the game, telling reporters "it's all good" with Allen but declining to shed light on the specific source of their agreement.

"It was just a little brotherly disagreement, maybe the wrong place, wrong time, but it happened. It is what it is," Payne said. "You got brothers, you all fight with them. S*** happens."

Washington head coach Ron Rivera was similarly tight-lipped about the specifics of the disagreement, telling reporters he had spoken with Payne and Allen once he found out what happened.

Ron Rivera says he had “no idea about” the fight between Jon Allen and Daron Payne and Rivera found out after the fact. Rivera says he spoke with both players and won’t reveal the conversations

Clearly, the team has a lot to talk about. 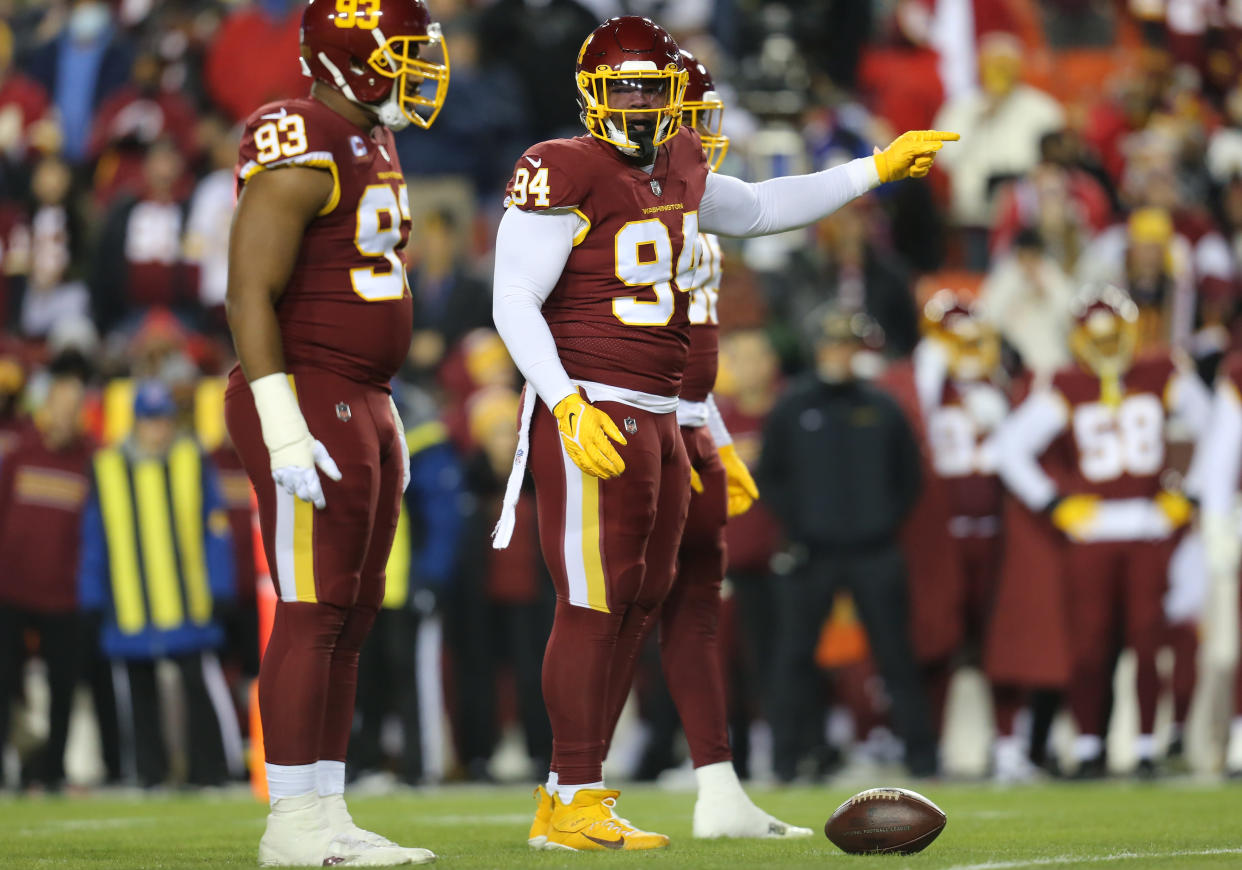