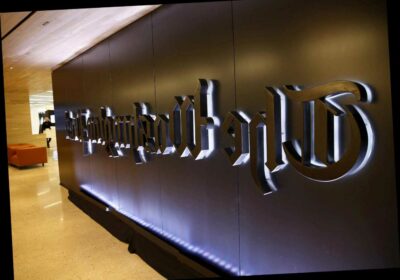 Unlike at the Los Angeles Times, the search to find a new executive editor at the Washington Post in the wake of Marty Baron’s looming retirement next month will be handled internally.

“The search will be handled internally, led by [publisher] Fred Ryan,” said a Washington Post spokesperson. “It will be extensive, and there is no timetable for completion.”

Baron’s announced Tuesday that he will retire on Feb. 28, a move that he hinted at late last year. Baron will help in the search for a successor, a spokeswoman said.

The Washington Post has over 1,000 newsroom employees and has expanded by nearly 60 percent in the eight years since Amazon founder Jeff Bezos took over. The LA Times has also expanded under its two-year ownership by Patrick Soon-Shiong, but is believed to have about 600 newsroom staffers and suffered some cutbacks in the early days of the COVID-19 pandemic.

Aside from the two big newspaper searches, there is also ongoing talent searches to find a new top editor at Reuters, Vox and the HuffPost.