Five teen boys admitted their role in humiliating 49-year-old Janice Morris at an earlier hearing and a sixth boy was found guilty of a public order offence on Wednesday. 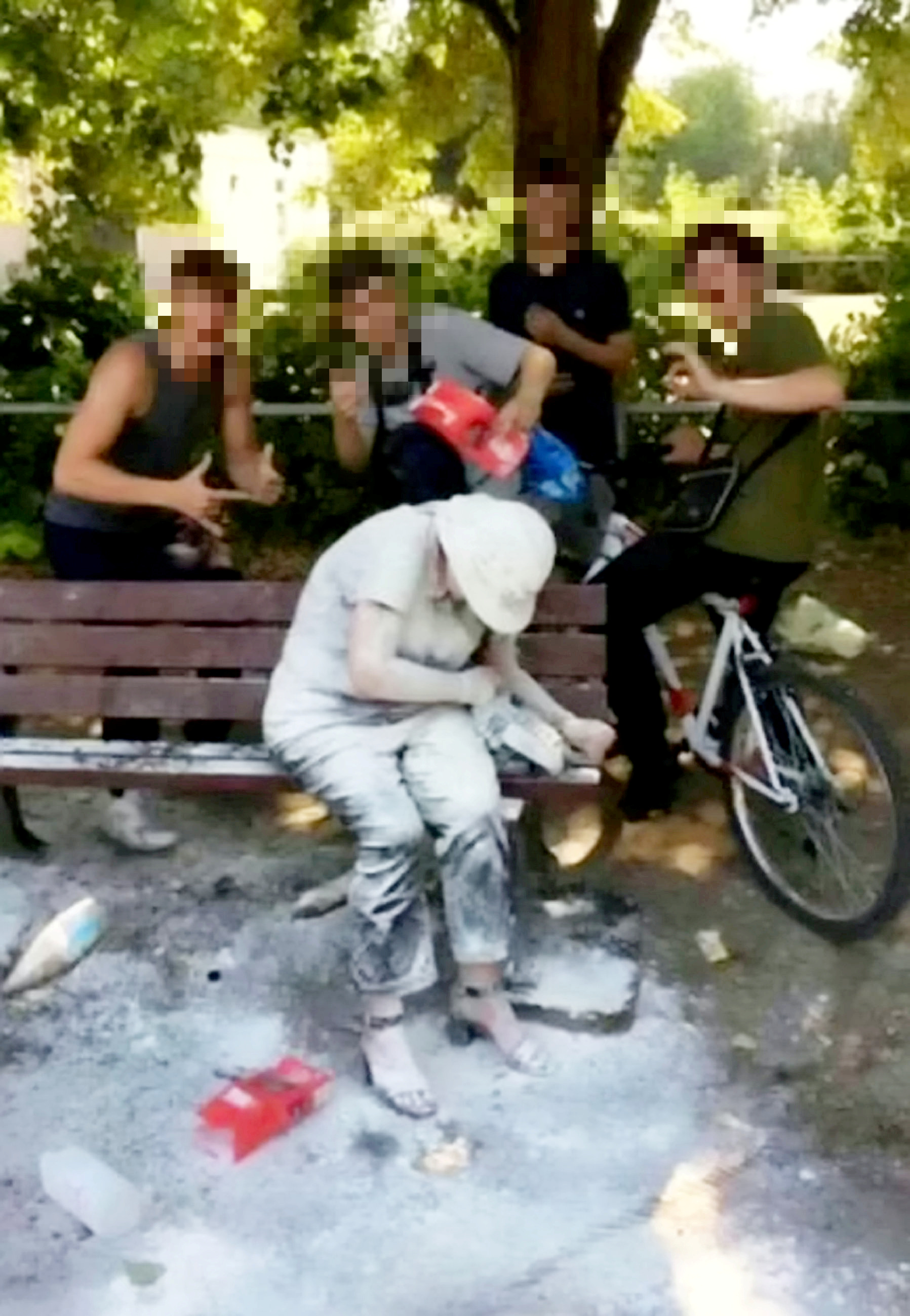 Ms Morris told the court she doesn’t know what she did to "antagonise" the yobs who attacked her on a park bench in Bury St Edmunds, Suffolk, in July 2018.

Magistrates were told that Ms Morris is schizophrenic and alcohol dependent.

In a video interview played to the court, she told cops she had a drink of whisky, then went to sit on a bench near her home "just to get out, to be outside… green space, trees".

She said four or five boys approached her quickly, one of them who "seemed to be more of a loose cannon" spat at her and the group circled her.

"They were jumping about, laughing, goading," she said.

The group went away briefly and then returned with flour and eggs which were thrown over her.

She said she felt "a bit shell-shocked, a bit raw" afterwards, adding she was "not as likely" to return to the park.

A 17-year-old boy denied a public order offence, admitting he posed for the photograph but stating Ms Morris was already covered in flour when he arrived.

The defendant, who was accompanied to court by his father, said he contacted police after he saw the photo on Facebook.

"At the time I thought it was funny," he said in police interview. "I thought about it and it was wrong."

He added: "I wasn't involved; only in the photo."

Presiding magistrate Sally Westwood, reading out the guilty verdict, told him: "The photo clearly indicates (the defendant) as a member of the group.

"He was not a bystander, he was smiling, pointing at Ms Morris."

He is due to be sentenced on March 7.

The four under-18s were sentenced to referral orders and Semple, who posted the photograph on his Snapchat before it was shared more widely by others, was sentenced to a year-long community order. 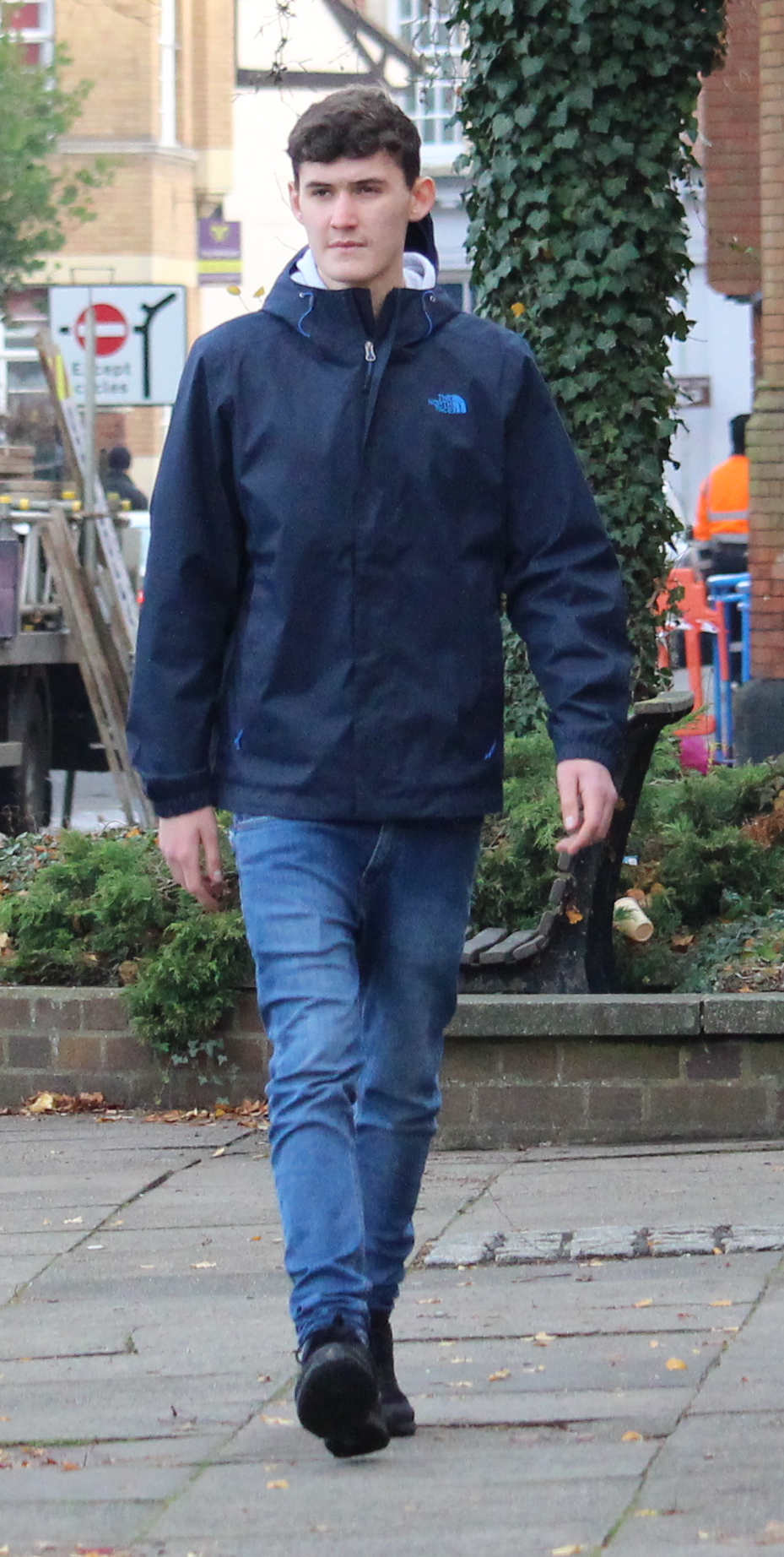