ITALIANS are flocking to pray at the feet of a Virgin Mary statue after it was spotted "crying tears of blood."

Crowds descended on Paolino Arnesano Square in the small town of Carmiano, Lecce, following reports of the "miracle." 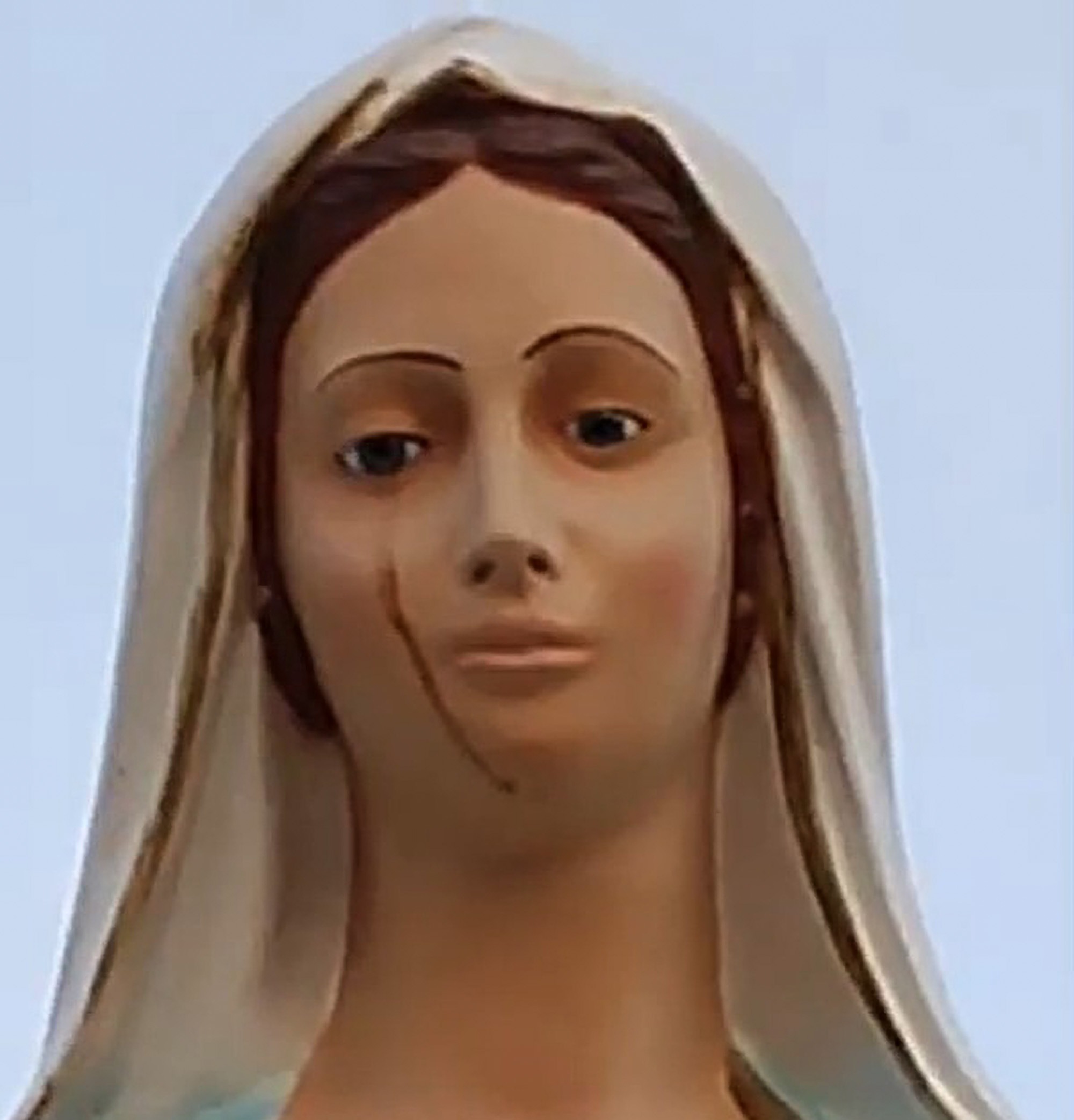 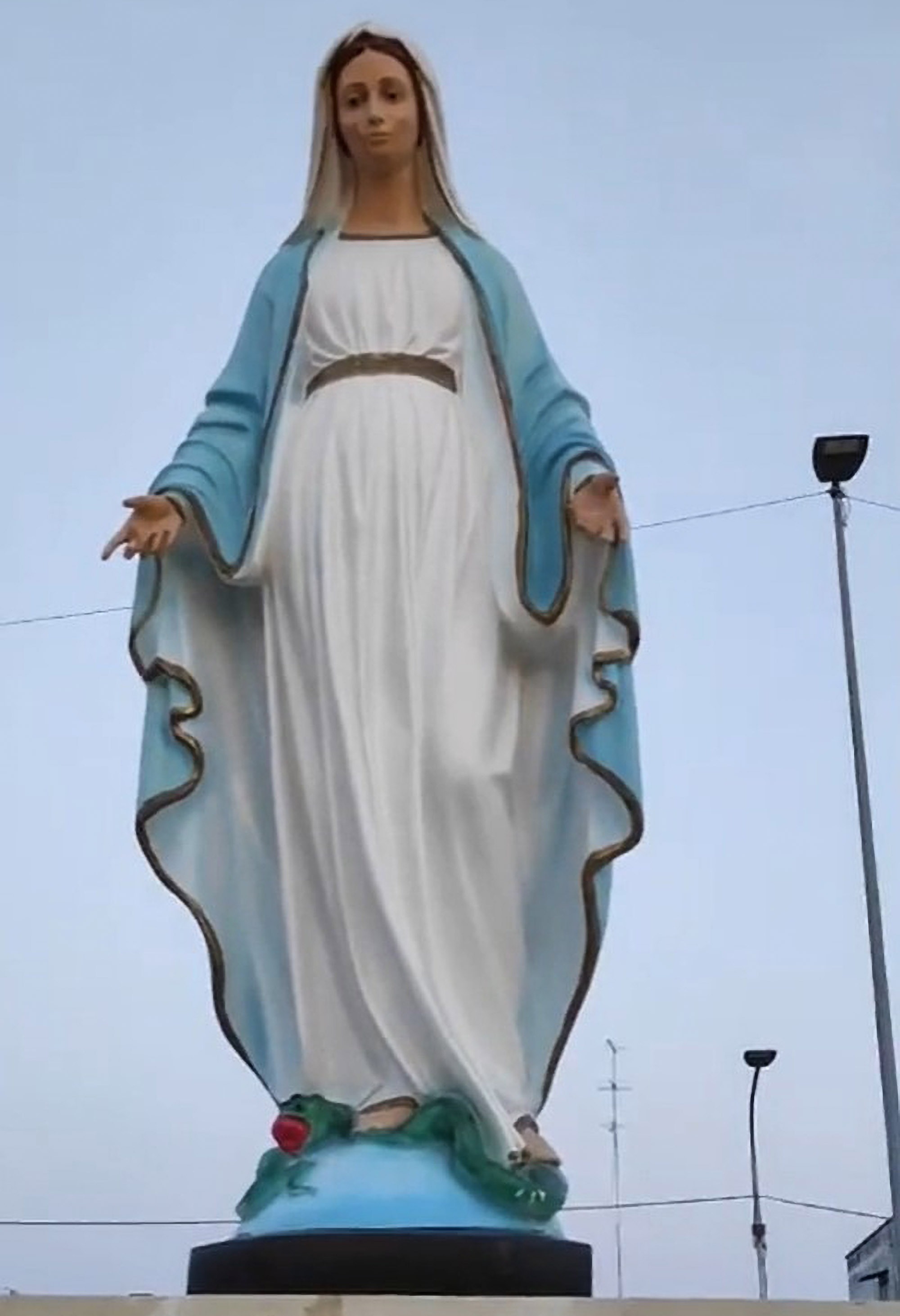 The statue – erected in 1943 – has been completely mobbed by religious Italians desperate to witness theamazing spectacle.

Video footage shows pilgrims at the base of the statue just as a ‘bloody tear’ appears to fall from its right eye.

However, not surprisingly, things may not be as they seem.

Riccardo Calabrese, priest of the Sant’Antonio Abate Church, said it is unclear if the spectacle was a miracle, the result of hot weather or "someone’s idea of a joke". 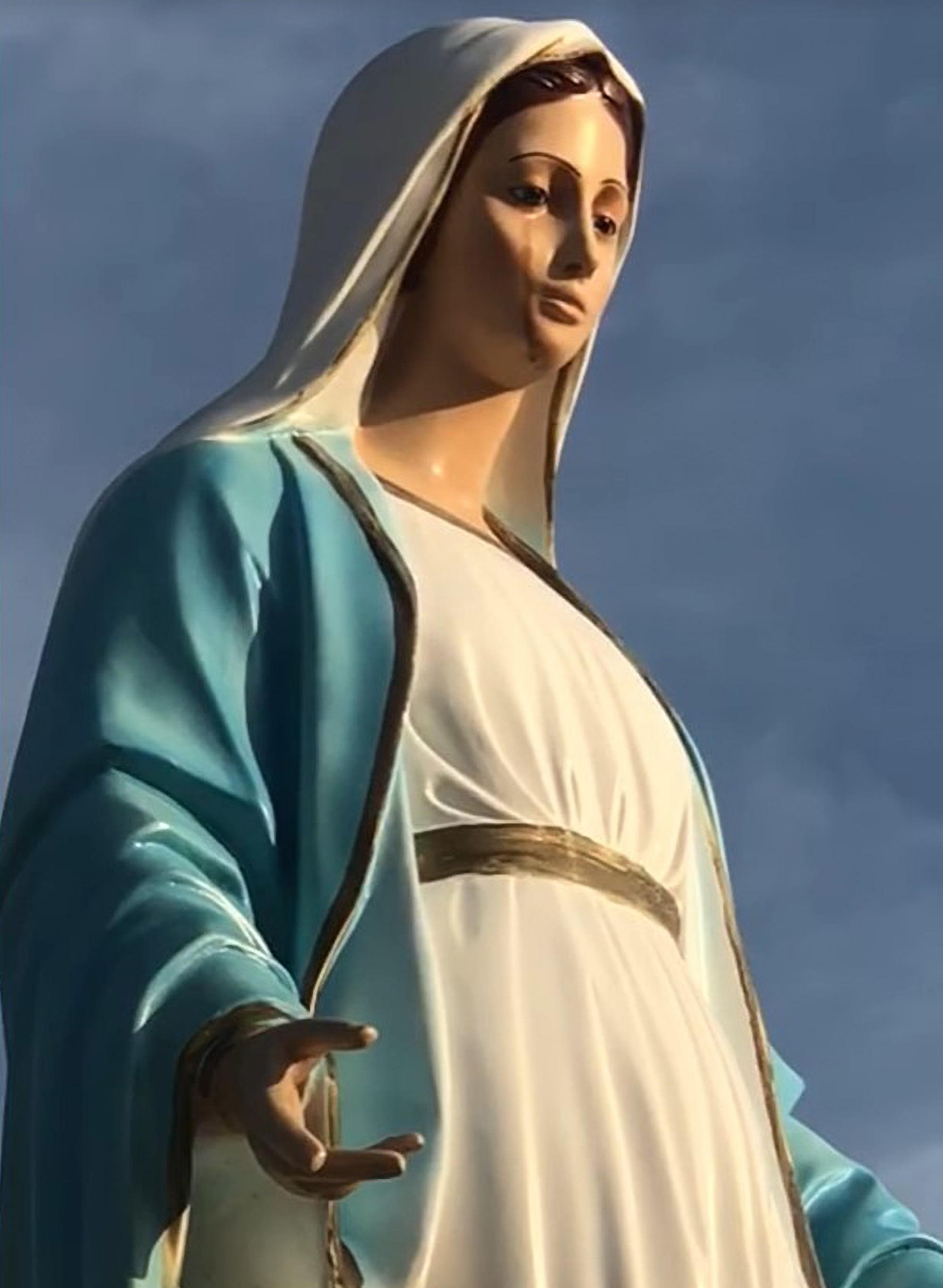 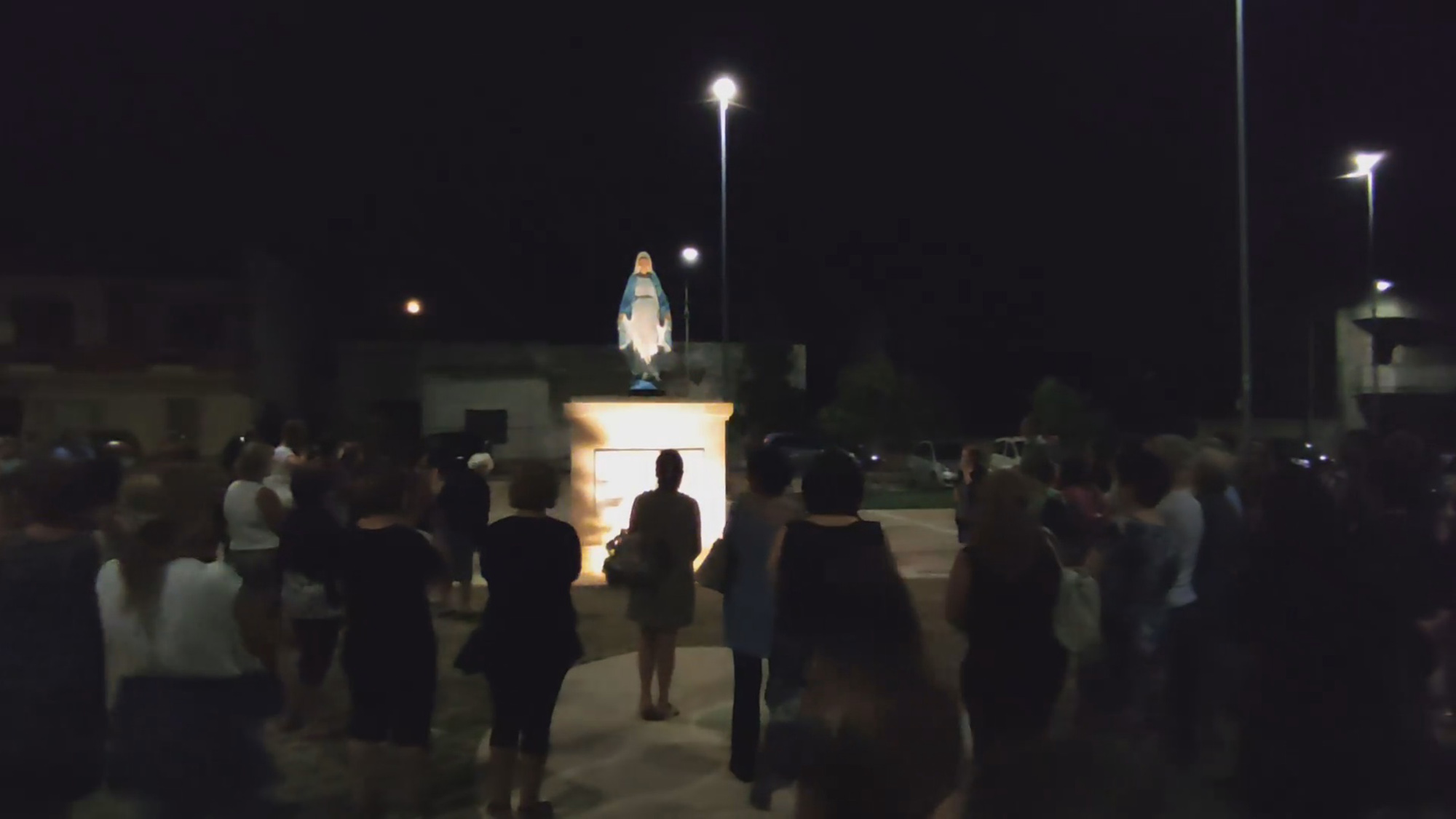 He spoke out after temperatures in the town soared past 40 degrees in recent days and some believe the "tears" may be the result of condensation.

Calabrese said: “All the time I was next to the statue, I saw a procession of people who, out of curiosity or faith, left their homes to gather there.

“I saw children, teenagers, adults, and elderly people meeting at our beloved Virgin Mary statue, and they all looked up at her face.”

Local newspaper Repubblica said that the Bishop of Lecce has announced that the church will investigate the incident.

The Catholic Church believes miracles are works of God, either directly, or through the prayers and intercessions of a specific saint or saints.

There is usually a specific purpose connected to a miracle, e.g. the conversion to the Catholic faith or the construction of a church "desired by God."