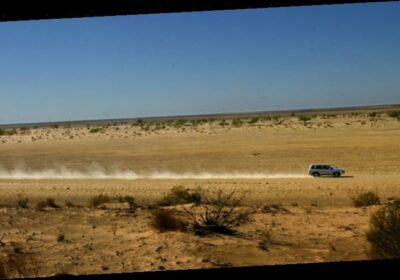 Victorians holidaying in Queensland will be allowed to drive home directly through NSW but have been warned to stop "only when necessary" and keep a record.

With the NSW border shut, some Victorians trapped in Queensland have reportedly been going the long way round, taking a mammoth dirt-road trip via the Birdsville track to South Australia. 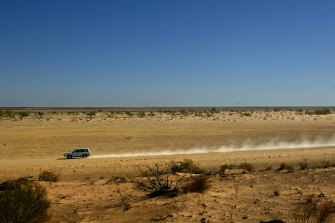 The Birdsville Track is one way home for Victorians stranded by the border closure.Credit:Steven Siewert

To make the journey home easier – and a lot shorter – Victoria has begun issuing permits to people in Queensland and the ACT allowing them to drive back directly through NSW.

Victoria's COVID-19 response commander Jeroen Weimar raised fears on Tuesday that travellers would only be allowed two short breaks in NSW after he cited his own example of travelling from south-west Queensland to northern Victoria in less than 10 hours.

"You stop twice on the way, you stop for 15 minutes, you have a mask on, you keep your social distance," he said.

But although the Department of Health and Human Services is discouraging people from making lengthy stopovers it is not advising travellers to make a Cannonball Run-style dash across NSW. 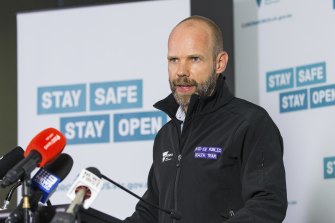 The department's website says people will be allowed to stop in NSW for toilet breaks, food and drink, or petrol. "However, you shouldn't go to the shops or visit others on the way home," the advice says.

"Please only stop when necessary. Keep a record of your stops. You should wear a face mask in all public places. Minimise your interaction with other people as much as possible and keep at least 1.5 metres distance from others at all times."

Mr Weimar said it made sense for drivers to avoid unnecessary detours on their way south.

"Given the new exposure information in NSW, with an exposure site in Orange, with potential exposure into Broken Hill, we're not going to encourage people to dwell overnight and make the kind of journey you'd want to make," Mr Weimar said. 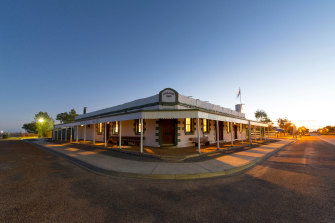 "I appreciate no one wants to drive in a straight shot across NSW and clearly we'll balance their safety."

The TAC says drowsy drivers are responsible for about 20 per cent of Victoria's traffic accidents and recommends a break every two hours.

Birdsville Hotel general manager Ben Fullagar said the Queensland town of about 115 people rarely had visitors in the middle of its sweltering summer – it was 43.5 on Saturday – but they had 73 bookings between Boxing Day and the new year.

"It's purely people trying to get home," Mr Fullagar said. "Not by choice, purely because it's one of the only routes available to them to get home between Queensland, South Australia and Victoria without going through NSW."

But Mr Fullagar said "a lot" of travellers were not prepared for the driving conditions, which required a four-wheel-drive.

"We're very excited to have people through at this time of year, but it is a little bit of a double-edged sword if people don't do their homework," he said.

The DHHS has scaled up its team working through the applications for Victorians stuck in NSW, with authorities assessing 1100 out of the 2800 made since the border shut on New Year's Eve.

Mr Weimar said the department was prioritising those requiring urgent medical attention, and for compassionate reasons.

Families with schoolchildren who need to return in time for the start of term one on January 28 will be assessed by next Wednesday – the last day they would need to leave NSW to complete their 14-day quarantine before school starts.

Opposition leader Michael O'Brien urged the Victorian government to prioritise families stranded in NSW with schoolchildren, as well as those seeking to return home for compassionate reasons.

"People had a right to expect that a 'green zone' [in NSW] designated by the Victorian government as such would be safe, and to have the rug pulled out from under them so quickly was just unfair," Mr O'Brien said.

The most important news, analysis and insights delivered to your inbox at the start and end of each day. Sign up here.