Victorian women have fallen further behind men in the jobs market than at any time since the beginning of the COVID-19 economic crisis.

Last month’s official jobless figures show unemployment at 7.6 per cent among women in Victoria but just 5.9 per cent for men, one of the widest gender gaps in employment outcomes since the depths of the 1990s recession, when men were more likely than women to be out of work. 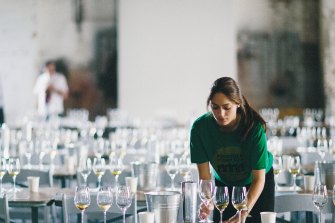 The yawning gap between male and female employment comes as Victoria’s overall official jobless rate dropped in September, likely the result of large numbers of workers giving up on the job market with the federal government believing the state's real unemployment rate could be as high as 14 per cent.

The Andrews government is promising to use its budget this month to help redress what it concedes was a "blokey" early effort to get Victoria working again.

Treasurer Tim Pallas has flagged a cornerstone of the government’s strategy will be to hire large numbers of women, citing a $250 million policy of employing thousands of short-term school tutors, 80 per cent expected to be female, announced last month as an early taste of things to come.

Grattan Institute chief executive Danielle Wood, who had recommended the tutor program, said it was a good example of what Mr Pallas and his colleagues needed to do to meet the challenge.

“It creates jobs in the short term when the private sector has a lot of slack , it creates something of social value by helping disadvantaged students catch up on learning lost during the pandemic," she said.

“There are other areas where you could look for a permanent spend – that could be mental health where it’s clear we need more services and the need is particularly acute when we’ve just come off a fairly severe lockdown."

Ms Wood also called for the government to "get creative" in pumping money into the sectors such as tourism, hospitality and the arts, all big employers of women hit hard by the COVID crisis.

“There are things like vouchers and government-funded discounts to go and eat out like the UK’s "eat out to help out" scheme," she said.

Victoria University economist Janine Dixon points to a national trend in the official payroll jobs data, a measure preferred by many economists to the traditional headline economic figures, as a source of hope for Victorian women.

Although the index also shows Victorian women still faring worse than their male counterparts, the national trend shows female workers being hit harder than men in the early days of the pandemic before slowly catching up then overtaking.

“A lot of people are saying now that the April slowdown for women was more of a [labour] supply problem than a demand problem," Dr Dixon said.

“When the schools shut down it was the women who stayed at home, to the point where they didn’t just take days off, they actually lost their jobs. Could the government have done something to help women through that? They probably could have and there was maybe a lost opportunity so that’s the type of thing they need to think about.”

Dr Dixon recently published a major study finding 900,000 Australians, two-thirds of them women, are prevented from taking on more work by responsibilities for caring for children or other dependent relatives, leaving an untapped source of economic activity that could be worth $30 billion annually to the national economy.

RMIT economics professor Leonora Risse said education and training would be an essential element of the state government's back-to-work plan for women.

"Some jobs in female-concentrated sectors, such as retail and hospitality, are not going to come back," Dr Risse said.

"Government needs to assist these women to reskill and move into sectors with genuine job prospects.

"We need the system to be flexible in recognising the broad transferability of workers’ existing skills – for example recognising that people who previously worked in hospitality service can bring valuable ‘people skills’ to the care sector."

Environmental engineering student Jasmine Walker, who has lost both of her part-time jobs because of the pandemic, says the state government should keep it simple on November 24 and just hire more people.

"The state government could definitely be just hiring more people to do work in the community and also just providing basic support if possible so people can live."

Mr Pallas told The Sunday Age his budget would do more for female workers than simply hiring them for government jobs.

"The pandemic has made it even clearer that significant change is needed to address a range of systemic issues faced by women in the workforce," the Treasurer said.

"The budget will include a range of initiatives aimed at addressing barriers faced by women in the workforce."

The most important news, analysis and insights delivered to your inbox at the start and end of each day. Sign up here.