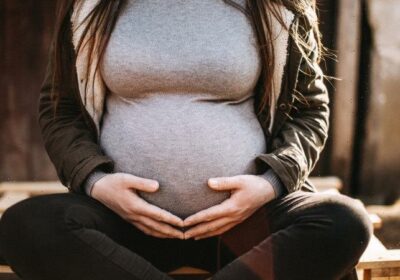 Vaccination rates among pregnant women are estimated to lag up to 40 per cent behind state averages in some hospitals across the country, prompting doctors to urge expectant mothers to get inoculated against COVID-19 to avoid severe illness.

The Sun-Herald and Sunday Age have spoken to numerous obstetricians and midwives around Australia who say the proportion of pregnant women who have had a first dose is estimated roughly between 60 and 75 per cent, well below some states that have achieved over 94 per cent in the adult population. 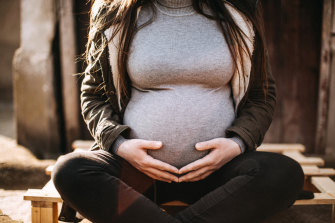 At Monash Health, the largest maternity service in Victoria, current first dose COVID-19 vaccination coverage is at 61 per cent.Credit:iStock

The immediate past-president of The Royal Australian and New Zealand College of Obstetricians and Gynaecologists, Dr Vijay Roach, said that “anecdotally we are seeing double-dose vaccination rates are estimated to be between 30 and 70 per cent” depending on the jurisdiction, stressing that pregnant women are at much higher risk of hospitalisation, premature birth and ICU admission and if they contract the virus.

Data published by the US Centres for Disease Control and Prevention up to November 6 shows 35.3 per cent of pregnant women are double-dosed. In Britain, the proportion of fully vaccinated pregnant women is as low as 15 per cent, according to recent data.

“In Australia double-dose rates are anywhere between 30 and 70 per cent, but this varies hugely between states and where outbreaks have occurred,” Dr Roach said. “We are seriously concerned these rates are lower than they should be … and pregnant women are vulnerable.”

At Monash Health, the largest maternity service in Victoria, current first dose coverage is at 61 per cent, according to infectious diseases physician and maternal immunisation expert Michelle Giles.

“We’ve seen a significant improvement in coverage in some maternity services, but it’s not universal and there is no nationally collected data and there are gaps,” said Professor Giles, noting that inoculation rates in pregnant women are now recorded in Victoria’s perinatal data collection system.

“Like influenza and whooping cough vaccines, pregnant women make antibodies in response to the vaccine which can cross the placenta and be expressed in breast milk. These antibodies may help protect her newborn baby who is too young to get a vaccine,” Professor Giles said.

Professor of Midwifery at Western Sydney University Hannah Dahlen said early evidence from a national survey showed about one-third of pregnant women and new mothers had not received any dose of a COVID-19 vaccine and about 5 per cent strongly opposed vaccination.

“There is still misinformation circulating. Some say they are waiting until after baby is born. But what we know from evidence is if you are not vaccinated, and you catch the virus, the risks are really high.”

The results are echoed in a survey run by Professor Michael Chapman, clinical director of women’s and children’s health at St George hospital in Sydney, which showed that of about 100 pregnant patients surveyed at the hospital this month, about 30 per cent had not had a first jab.

Nisha Khot, a board director for the obstetricians college, said not all hospitals openly shared their vaccination data for pregnant patients.

But one of the Melbourne hospitals where she works internally reported its rate of first doses was around 50 to 60 per cent for first doses at the end of October. That was, at best, more than 30 below the state average at the time.

Of concern, she said there were still some women who were receiving incorrect information about the safety of having a COVID-19 vaccination in pregnancy from health care workers.

“For example, they’re hearing that if you protect yourself and stay at home and stay away from people, then your chances of getting COVID is low and so then you can make the choice of not getting vaccinated,” Dr Khot said.

Only two of 41 pregnant people admitted to Australian ICUs with COVID during the pandemic whose vaccine status was recorded have been vaccinated, with either one or dose doses.

Cathy, a midwife in Melbourne’s western suburbs, believes very few of the women she cares for have received two doses, a trend she largely attributed to mistrust in vaccine safety in pregnancy.

Yet, many of those with COVID-19 end up having to undergo preventable medical procedures. X-rays, steroid infusions and multiple blood tests.

In the last month, the midwife, who wasn’t authorised to speak publicly, said she’d transferred roughly nine pregnant people to an ICU or high-care medical ward.

“The medical needs of women who catch COVID who are pregnant are a lot greater than we have been trained to do, ever,” she said. “All of a sudden we are having to learn how to use high-flow oxygen … everything becomes a lot more complicated.”

In Australia, it is recommended pregnant women are vaccinated against whooping cough, as a single dose between 20 and 32 weeks, and influenza at any time during pregnancy.

Dr Roach said if coronavirus becomes endemic COVID-19 “will always pose a risk to pregnant women” and vaccination against the virus could become part of routine recommendations.

In Australia, pregnant women were not included in the first phases of the vaccine rollout, with only people aged between 40 and 60 are officially eligible to receive the Pfizer shot initially.

Early stages of the rollout were marred with confusion and difficulties in access for pregnant women, especially those under 40 who were unable to book appointments despite the recommendations.

Kellie Wilton, the principal midwifery officer for the Australian College of Midwives said while NSW and Victoria have done “relatively well”, rates of vaccination in South Australia, Western Australia and Queensland uptake has been “lower than expected due to the perceived lack of urgency.”

“In Queensland there is concern rates could be as low as 30 per cent among pregnant women. We are working with women to help them to understand risks and benefits and helping them access vaccines, and we are trying to myth-bust those stories out there about the potential dangers,” Mrs Wilton said.