Home » US to end AstraZeneca hoarding by sharing vaccines with world

US to end AstraZeneca hoarding by sharing vaccines with world 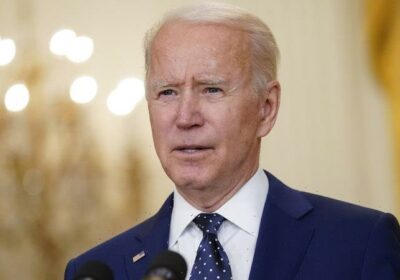 Washington: The Biden administration has announced it will soon begin sharing tens of millions of doses of AstraZeneca’s COVID-19 vaccine with other countries given there is no need for them in the United States.

The US is expected to have around 60 million AstraZeneca doses available to ship overseas in May and June, depending on approval from the Food and Drug Administration (FDA). 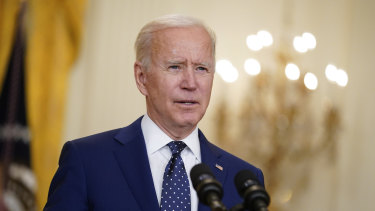 Joe Biden has come under pressure from allies in Congress to share vaccines with countries such as India. Credit:AP

The White House has not announced which countries will receive the vaccine, but India would be an obvious choice given the alarming surge of COVID-19 cases there.

Canada and Mexico, which both border the US, have previously received shipments from America’s AstraZeneca stockpile and are eager to get access to more doses.

Despite early expectations that it would play an important role in the US vaccine rollout, the AstraZeneca vaccine has not been approved for use in the US.

This means that millions of doses have been sitting unused at a manufacturing plant in Baltimore, Maryland, as other nations clamour for vaccine supplies.

Many US states are already encountering a glut of COVID-19 vaccines from the three authorised suppliers: Pfizer, Moderna and Johnson & Johnson.

“Therefore the US is looking at options to share the AstraZeneca doses with other countries as they become available.”

White House press secretary Jen Psaki confirmed at a briefing that the administration planned to distribute AstraZeneca vaccines to other countries in the “next few months”.

“We are in the planning process,” she said.

The Biden administration has been coming under increasing criticism from public health experts, business leaders and some Democrats for hoarding vaccines given the dire need in countries such as India.

India is now recording around 350,000 new COVID-19 infections each day as well as around 2800 daily deaths.

The White House announced over the weekend that it would send “oxygen-related supplies, vaccine materials, and therapeutics” to India.

Democratic congressman Ro Khanna said: “The Biden administration can still do more, like give India our stockpile of AstraZeneca vaccines that won’t be used in the US and have already opened up to Mexico and Canada.”

He also called on the White House to waive the intellectual property rights for the Pfizer and Moderna vaccines for at least six months so that developing nations such as India could manufacture their own supplies of those vaccines.

Democratic congressman Andy Kim said: “This is India’s moment of need and America must answer the call to help.

“I urge Biden to now authorise release of AstraZeneca vaccine to India and other allies. Alliances are tested in the darkest of days, and we must step up.”