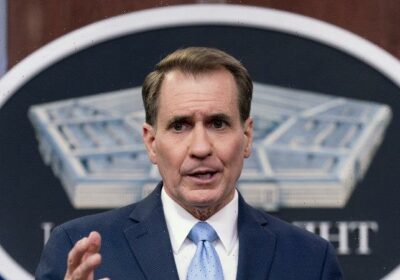 Washington: The US has accused China of trying to establish a “new normal” of aggression in the Indo-Pacific as tensions over military and naval drills escalate following House Speaker Nancy Pelosi’s visit to Taiwan earlier this month.

Weeks after Pelosi led a delegation to the island nation in defiance of Beijing, two US warships sailed through the Taiwan Strait on Sunday for the first time since the visit, with navy officials describing the move as a demonstration of its “commitment to a free and open Indo-Pacific”. 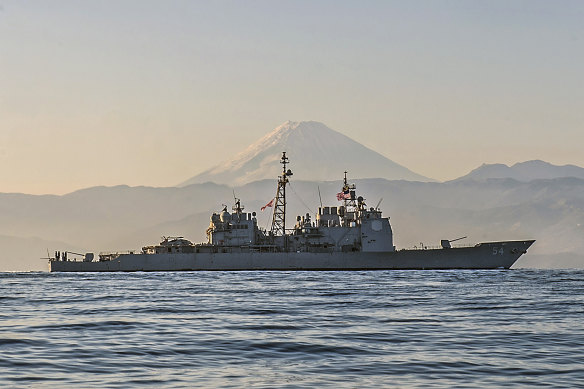 China, meanwhile, has continued to step up military exercises around Taiwan, the latest of which involved flying drones close to Taiwanese-controlled islands.

And last week, in a move that raised growing concerns about Beijing’s influence in the region, a US coast guard cutter was denied access to refuel in the Solomons- a key China ally that recently signed a controversial security pact that shook America and its allies.

Addressing the latest developments on Monday, White House National Security Council spokesman John Kirby hit out at China for trying to set a “new normal” of activity towards Taiwan, including by sailing ships and flying aircraft over the unofficial median line in the Taiwan Strait.

“They’re trying to turn up the temperature to a degree where it becomes sort of this new normal,” Kirby said. “We’re not going to accept it.”

“We’re going to do what we can in accordance with the law to help Taiwan defend itself, as well as to defend our own national interest just as you saw over the weekend when two navy cruisers conducted the Taiwan strait transit in international waters.”

The two ships that sailed through the Taiwan Strait yesterday morning were the USS Antietam and USS Chancellorsville, undertaking what the Navy’s 7th fleet described as a “routine transit”.

In a statement posted on Chinese microblogging site Weibo, Beijing responded by saying it was monitoring the ships closely, with troops “on high alert and ready to foil any provocation at any time”. 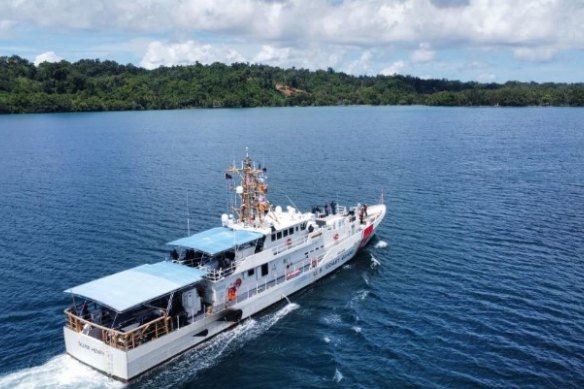 Tensions also intensified last week, when another ship, the Oliver Henry, sought to make a scheduled stop to refuel and restock in Guadalcanal, the largest of the Solomons and the site of an historic World War II battle between the US and Japan.

The coast guard cutter was conducting patrols as part of a fishing monitoring operation in the Indo-Pacific. However, the Solomon Islands did not respond to the US government’s request for diplomatic clearance, forcing the vessel to divert to Papua New Guinea.

Kirby described the incident as “regretful” and “disappointing” but noted that clearance was this week granted for another US ship to enter the Solomon Islands as a part of a humanitarian mission with personnel from Australia and Japan.

The latest developments are nonetheless emblematic of the ongoing tensions between Washington and Beijing after multiple visits to Taiwan by American dignitaries this month. 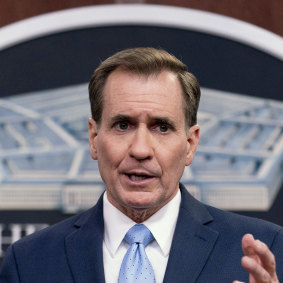 China claims Taiwan as its own territory against the strong objections of the democratically elected government in Taipei. The US, meanwhile, has a One China policy in which it recognises the People’s Republic of China as the sole legal government of China but only “acknowledges” the Chinese position that Taiwan is part of China.

Pelosi’s visit at the start of August was highly controversial, as the 82-year-old House Speaker is the highest-ranking US official to visit the country in 25 years, and has long been an ardent critic of the Chinese Communist Party.

Her trip was followed about a week later by a group of five other US politicians, and then again last week by US Republican Senator and member of the Senate’s Armed Services committee, Marsha Blackburn, who met with Taiwan President Tsai Ing-wen on Friday.

While the trips have infuriated China, the Biden administration has sought to keep tensions between Washington and Beijing from boiling over into conflict, reiterating that such congressional visits are routine and insisting that nothing had changed in terms of its One China policy.