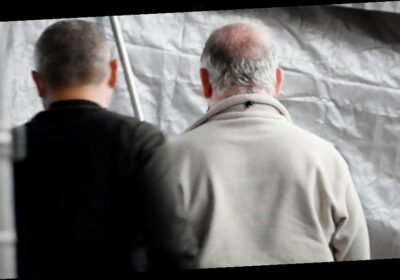 TOKYO — Two Americans suspected of helping former Nissan Chairman Carlos Ghosn skip bail in Japan and flee to Lebanon in December 2019 have arrived in Tokyo for a criminal investigation and likely trial.

Michael Taylor and his son, Peter, who had been detained in a Boston jail since last May, were handed over to Japanese custody on Monday in Boston for extradition and were flown to Tokyo on Tuesday.

Televised video showed a Japan Airlines flight carrying the two men land in Tokyo’s Narita International Airport on Tuesday afternoon. They were largely hidden behind a tarp held up by Japanese authorities.

The Taylors are to be taken to the Tokyo detention center, where Ghosn was held before being released on bail, for investigation by Japanese prosecutors.

Ghosn, who led Nissan Motor Co. for more than two decades, was arrested in 2018 and charged with under-reporting his future compensation and breach of trust in diverting Nissan money for personal gain. He says he is innocent.

Japan has put Ghosn on Interpol’s wanted list, but Lebanon has no extradition treaty with Japan.