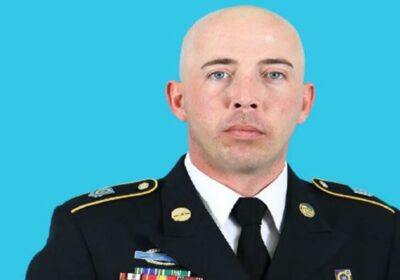 A US Army staff sergeant who received a mere reprimand for raping the wife of a young soldier has been sentenced to 13 years behind bars and a dishonorable discharge – after being uncovered as a serial rapist whose victims included his own daughter, according to a report.

In 2017, Leah Ramirez reported to the Army’s Criminal Investigation Command that Staff Sgt. Randall Hughes raped her during a Super Bowl party at her home near Fort Bliss, Texas, the Army Times reported.

Her husband was passed out drunk after Hughes, his commander, had encouraged him to down shots of whiskey throughout the night, according to the news outlet.

After Ramirez got her husband to bed and everyone had left, Hughes asked her for sex and, when she refused, he reportedly dragged her by her hair and raped her.

“I waited until the morning and then I went to the hospital to get checked,” she told the Army Times. “It took CID 48 hours to get into my house for evidence, so I lived in the crime scene for 48 hours. And then, it took three years to do anything.”

Military investigators determined after a yearlong probe that the woman’s allegations were credible – but a victim’s advocate later informed her that her attacker would not be prosecuted.

Instead, Ramirez found out, the creep would receive a General Officer Memorandum of Reprimand in his personnel file, according to the report.

“I was told CID had enough evidence to believe it happened, and Fort Bliss still didn’t do anything,” Ramirez told the Army Times. “They just told me the command said this is what it was — this is how it is.”

A few months after sexually assaulting Ramirez, Hughes raped his then-girlfriend at the El Paso-headquartered Fort Bliss, according to court documents cited by the outlet.

Hughes’ own teenage daughter later accused him of raping her after he transferred to Fort Dix, New Jersey, where CID agents launched an investigation after seeing the memorandum of reprimand in his files, the Army Times reported.

This time, the probe led to criminal charges covering more than 10 years and involving five victims – with Hughes copping to a plea deal that included both 2017 crimes.

The allegations of rape against Hughes date back to 2006, though that case was not reported at the time.

Military investigators said he raped his then-wife at Fort Carson in Colorado, but the charge was dropped as a part of the plea deal.

The agreement also avoided charges that he told his then-girlfriend to not speak to agents who were investigating Ramirez’s case. Charges that he cut the woman using a broken glass bottle also were dropped.

On March 25, 2020, Hughes raped his daughter after giving her sleeping medication, according to the report. He did not admit to that charge in the plea deal, but he did admit to sexual abuse and assault of a child.

Hughes had not been involved in the girl’s life when she decided to move in with him in 2017 at age 14, her mother Chayla Madsen told the outlet.

“I never had any idea something like this [investigation] was open, and obviously he did this to look like an upstanding single dad,” she said.

“I didn’t know he was being investigated … and Fort Bliss just allowed him to move a child — she was 14 — in with him and move on base,” Madsen added.

“He was taking a plea deal, so he wanted to plead to get the minimum amount of years,” his now 17-year-old daughter Lesley Madsen told the Army Times, which named her at her request and her mother’s approval.

“If I said no, then it would have been years of court. … It was the easiest way to give everyone that closure and just put him away before he did anything to anybody else,” the girl said.

“I’m not ashamed of what he did to me,” she added. “I want people to know I’m a minor and I want them to know that I’m a daughter.”

Other victims told the Army Times that the crimes Hughes committed at Fort Dix could have been averted if he would have been prosecuted in 2017.

“Our hearts go out to these victims, and we are thankful there was enough evidence to prosecute him, convict him of serious offenses and sentence him to a lengthy period of confinement,” Army spokesman Michael Brady told the Army Times in a statement.

“While the Privacy Act precludes us from commenting on specific cases, it’s important to note that a probable cause finding is not a final determination there is sufficient evidence to prosecute,” Brady said in response to questions about why the disgraced soldier only received a reprimand after Ramirez’s complaint.

Retired Col. Don Christensen, former chief prosecutor for the Air Force and current president of Protect Our Defenders, said the failure to prosecute sexual offenders is more the norm than the exception in the US armed services.

“Despite the persistent myth that suspected military sex offenders are prosecuted at a high rate, the reality is the chain of command rarely ever sends a suspect to court,” Christensen, who recently testified before Congress on the issue of sexual assault in the military, told the Army Times.

“Right now, I’d say the military is uniquely bad at evaluating the strength of an allegation. In the vast majority of cases, leadership decides to do nothing,” he added.

When commanders pursue accused service members, suspects are charged in 49 percent of cases, but about a third of those cases never make it to court, Christensen said.

“[The command] should be horrified their failure to hold the rapist accountable enabled a sex offender to perpetrate a crime wave against multiple victims,” Christensen, who was not part of the case against Hughes, told the Army Times after looking at the trial results.

Ramirez’s husband, who now a staff sergeant, said the fact that Hughes is incarcerated provides some closure.

“It’s hard for me to trust my chain of command now,” Staff Sgt. Arnulfo Ramirez III, who served at Fort Benning, Georgia, and Fort Hood, Texas, told the outlet.

“It takes me forever, once I get to a new unit, to trust platoon sergeants. … Fort Benning earned it and Fort Hood has, so far, earned it,” he said.

Hughes, who was being held at Oneida County Correctional Facility in New York, will ultimately be transferred to the US Disciplinary Barracks at Fort Leavenworth, Kansas, to serve his sentence, the Army Times reported.