Up to fifty people in hospital after pork scratching salmonella scare 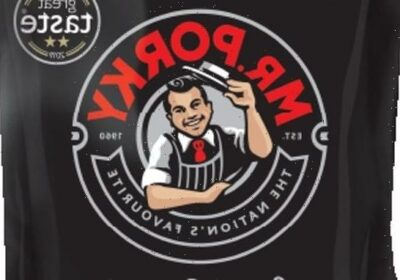 Almost 200 people across the UK are sick with salmonella with more than 50 taken to hospital after consuming a bad batch of pork scratchings.

The dodgy Mr Porky products were made at a factory in Bolton, Lancashire which is run by the Tayto Group, Britain’s largest snack producer.

The affected people have fallen ill with diarrhoea, vomiting and fever and supermarkets have announced emergency recalls of the products.

Public Health England and the Food Standards Agency have also urged people not to eat packets with a best-before date up to February 2022.

There have been 179 reported cases of salmonella, according to the Food Standards Agency and Food Standards Scotland – with a third needing hospital treatment. 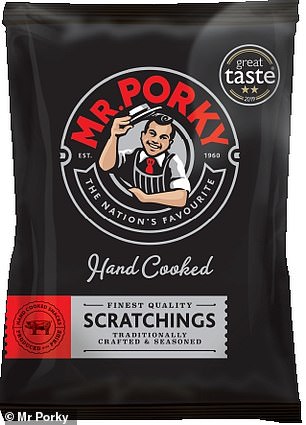 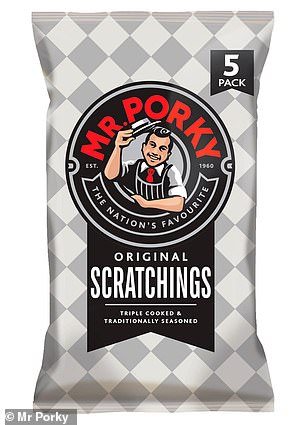 The Mr Porky products were made at a factory in Bolton, Lancashire which is run by the Tayto Group, Britain’s largest snack producer

Rachael Newberry, 53, of South London, told The Sun: ‘A few days after I ate them, my stomach was gurgling and I felt awful.

‘I was on the toilet all that night. I have been ill for about a week now and have only just started to feel better.

‘I’ve been completely put off pork scratchings for life.’

Tayto Group said: ‘We apologise for any inconvenience.’

Tina Potter, head of incidents at the Food Standards Agency, said the authority was advising consumers not to eat any of the affected products.

She told the Food Safety Network: ‘The food business involved has voluntarily suspended its production to put additional controls in place to improve the safety of their products and they have decided on a voluntary basis to withdraw and recall all of the products within shelf-life produced at this site,’ she said.

Dr. Lesley Larkin, surveillance lead for gastrointestinal pathogens unit at Public Health England, said: ‘Together with Public Health Scotland, Public Health Wales and Public Health Agency Northern Ireland, we have been investigating an outbreak of over 170 cases of Salmonella Infantis that have occurred across the UK,’ she said.

‘These investigations, together with those carried out by local authorities, have indicated the source of infection is pork scratchings produced by a single company in the UK. The Food Standards Agency has acted on these findings to mitigate any further risk to public health from the contaminated food.’