In November 2017, a 23-year-old man stole $20 in cash and a pendant necklace, pretending to be armed. He was arrested the following day and charged with robbery. He pled guilty and was sentenced to three years and six months in jail. Case closed? Not quite.

When Peter Garlett, a Noongar man, was about to be released, the West Australian government tried to stop him. This was Garlett’s first adult offence, although he had been incarcerated since he was 12 years of age. 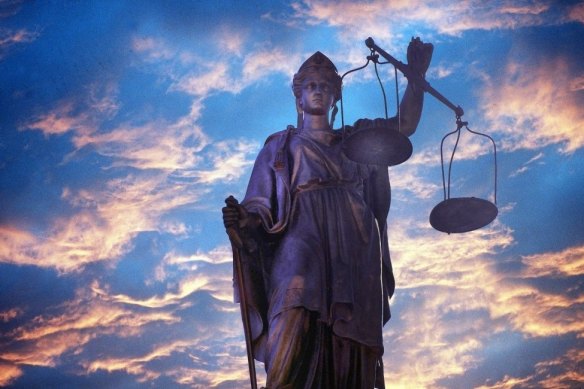 A fundamental tenet of our legal system is that a person should only be imprisoned if a court has found them guilty of a criminal offence.

The government turned to the High Risk Serious Offenders Act. Passed in 2020, the Act allows the government to ask the Supreme Court of WA to keep “serious offenders” behind bars after their prison sentence ends if the Court believes there is an “unacceptable risk” that the person will commit “a serious offence”.

A fundamental tenet of our legal system is that a person should only be imprisoned if a court has found them guilty of a criminal offence. A legal action was brought for Garlett and for many other Aboriginal people being placed under the Act, on the basis that the High Risk Serious Offenders Act breached this important legal principle.

The WA law sought to further imprison Garlett on the basis he might commit an offence in the future. The High Court appeal argued the new law breached chapter III of the constitution, making the court punish him even though he had done nothing wrong. In doing so, it impaired the “institutional integrity” of the Supreme Court.

This week the High Court of Australia disagreed. Five judges said the Act was constitutional.

“The participation of Aboriginal people in the justice system is fundamental to justice and addressing Aboriginal incarceration.”

The majority held that imprisonment under the Act was designed to protect the community and therefore did not constitute punishment.

Our legal system allows for preventive detention in some cases. In Fardon, the High Court gave the OK to a regime that allowed prisoners convicted of a sexual offence involving violence or against children to be imprisoned after their sentence ended if the court believed the offender was a serious danger to the community. In Benbrika the court said a similar system for people convicted of terrorism was also fine.

But Garlett was convicted of robbery; he stole $20 and a necklace. The appeal urged the court to distinguish robbery from serious child sexual offences or terrorism.

The majority said this was a question for parliament.

Not every judge agreed. In dissent, Justice Gageler asked if robbery “is sufficient to justify empowering a court to order pre-emptive detention in custody, it needs to be asked: what offence is not?”

Justice Gordon, also in dissent, issued a powerful rejoinder to the majority. Her Honour held that exceptions to the fundamental principle of liberty must be for only the most serious cases. Including robbery “comes at too great a cost” to “the core values” of our constitutional system.

Even one of the judges in the majority had his doubts.

Noting that the Act could “potentially lead to the imprisonment of one-seventh of the entire prison population of Western Australia for offences that they have not committed”, Justice Edelman wondered whether the Act could “ever be morally justified”.

Nevertheless, he held that the constitution does not prevent the Parliament of Western Australia from imposing “unjust punishment”.

The Garlett High Court case shows the urgent need for a Federal Human Rights Act and even constitutional protection of human rights by way of a Charter or Bill of Rights.

Indefinite detention such as that sought in relation to Garlett is a form of arbitrary detention. It is inconsistent with the International Covenant on Civil and Political Rights ICCPR, which Australia signed in 1972.

It is also inconsistent with the government’s commitment to Closing the Gap and reducing Indigenous incarceration.

In WA this law will contribute, according to the government’s own advice, to the further incarceration of possibly 700 more Aboriginal adult prisoners.

We know that Aboriginal incarceration is continuing to rise, as well as child removal and suicide rates, and all are interrelated.

It is now over 30 years since the Royal Commission into Aboriginal Deaths in Custody released its final report. The commission made many recommendations including the key recommendation that Aboriginal incarceration must only happen as a matter of last resort.

There have been misleading claims made by the previous federal government that the royal commission recommendations were overwhelmingly implemented. This WA law, along with mandatory detention laws (also known as “three strikes”), show why incarceration rates of Indigenous people are so high in WA.

The Australian Law Reform Commission in the Pathways to Justice Inquiry called for a national justice reinvestment body to reduce Aboriginal imprisonment. We need this now more than ever.

In dissent, Justice Gordon warned that other states and territories may copy this legislation. We must not allow this to happen. The participation of Aboriginal people in the justice system is fundamental to justice and addressing Aboriginal incarceration.

Conversations about diversity in law need to include Indigenous peoples.

Recently, Canadian President Justin Trudeau responded to long-standing criticism of the exclusion of Aboriginal people from Canada’s highest court by announcing the appointment of Michelle O’Bonsawin from the Odanak First Nations to the Supreme Court.

Over the next 18 months, two vacancies will arise in our High Court.

The appointment of an Aboriginal justice will go some way to ensure justice for Aboriginal people, whose experience of racism and systemic bias in the legal system has for too long been neglected.