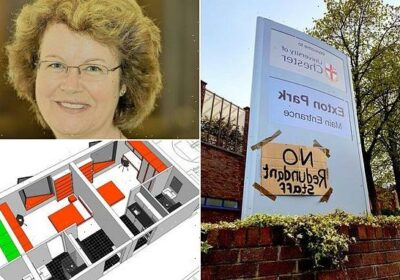 University of Chester is slammed for charging its £280,000-a-year vice chancellor LESS rent than its students 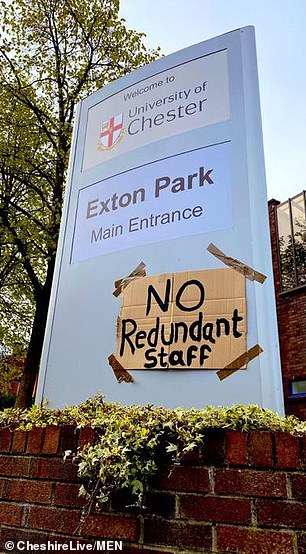 A university has been criticised for plans to charge its £280,000-a-year vice chancellor LESS in rent than its own students.

The University of Chester’s vice-chancellor Professor Eunice Simmons boasts an annual salary and pension package of £284,533.

Professor Simmons is planning to move into a 42 square-metre flat in plush and luxurious Senate House on campus, with her rent set at £121-a-week.

But the University and College Union (UCU) have revealed she will pay £28 a week less than students on campus renting the £149-a-week university flats.

It comes as 86 staff members at the university are under consultation and at risk of losing their jobs.

The university’s website describes historic hotel and conference building Senate House as ‘one of our most attractive and historic buildings’.

It adds: ‘Senate House has been transformed into an elegant entertaining space for all occasions, whether you are celebrating a birthday, wedding, leaving dinner or another special occasion.

‘It offers fine dining in its elegant restaurant and hosts meetings in the drawing room in a relaxed environment.’

The university insist a valuation was carried out to work out the rent, taking into account that she would be sharing the kitchenette with nearby meeting rooms.

But students living in small en-suite studio rooms in the university-owned Grosvenor House, with no washing machines and ‘small double beds’ are paying 23 per cent more than their vice chancellor will pay.

Prof Simmons plans to ‘reconfigure two offices’ at Senate House to create her flat, for which she will pay the rent, to give her somewhere to stay on campus.

Prof Simmons said in the email to staff: ‘I have been giving thought as to how I can contribute to building our University community going forward. 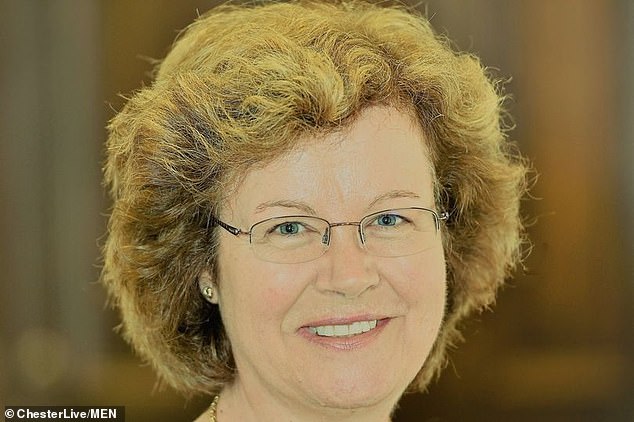 ‘To this end we are re-configuring the two offices immediately next to mine in Senate House to create a small flat which I will rent from the University in due course.’

A university spokesman said her rent valuation was arrived at as the flat is not furnished – and her kitchen will also be used for by neighbouring meeting rooms.

They said: ‘The valuation took into account that the kitchenette to be used by vice chancellor Prof Eunice Simmons will also be used to service the adjacent meeting room and office so it is not self-contained like studios elsewhere on campus and the property is unfurnished unlike other studios.

‘Under the terms of the valuation contract, the university is unable to share details of the firm which carried out the work leading to the rent figure Prof Simmons will pay for the accommodation she will occupy in service to widening participation and student engagement at the university.’

A spokesman for the Chester branch of the University and College Union (UCU) said members are ‘disgusted and outraged’ at the ‘clear injustice’. 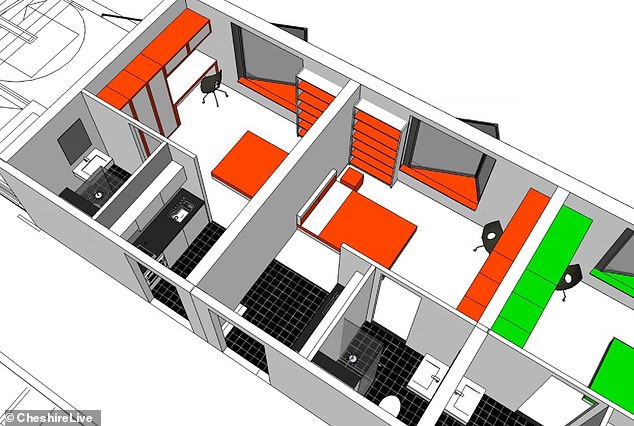 The small University of Chester student accommodation rooms at Grosvenor House, where students reportedly pay £28 a week more in rent than the vice chancellor for her apartment

The spokesman said: ‘Staff have spent much of the last year working from home in a pandemic, paying for essential work costs such as wi-fi from their own pockets.

‘Now they find senior management have signed off on over £21,000 of refurbishments while throwing 86 staff into a state of uncertainty and anxiety about their future.

‘Our members are disgusted and outraged at this clear injustice. The low rate of rent the VC will be paying adds insult to injury.

‘Staff and students can only dream of renting a private apartment in the centre of Chester for anything like the price the VC will pay.

‘The university has the audacity to claim their finances are in a poor enough state to justify cutting staff, but UCU have seen the annual financial report which states the university had a successful financial year and an increase in students.

‘Students have a right to expect their £9,000 a year fees are going towards a high-quality education – not funding the vice chancellor’s interior decorating.

‘The vice chancellor claim the Senior Executive Team are demonstrating ‘financial probity’ in their management of the university.

‘Where is the responsibility, honesty, or integrity in destroying the livelihoods of much valued staff while signing off on unnecessary expenses?’